Sports colleges Mika Anttonen is renovating Vierumäki with EUR 35 million but wants to stay behind the scenes: “I am not going to be Mister Vierumäki” 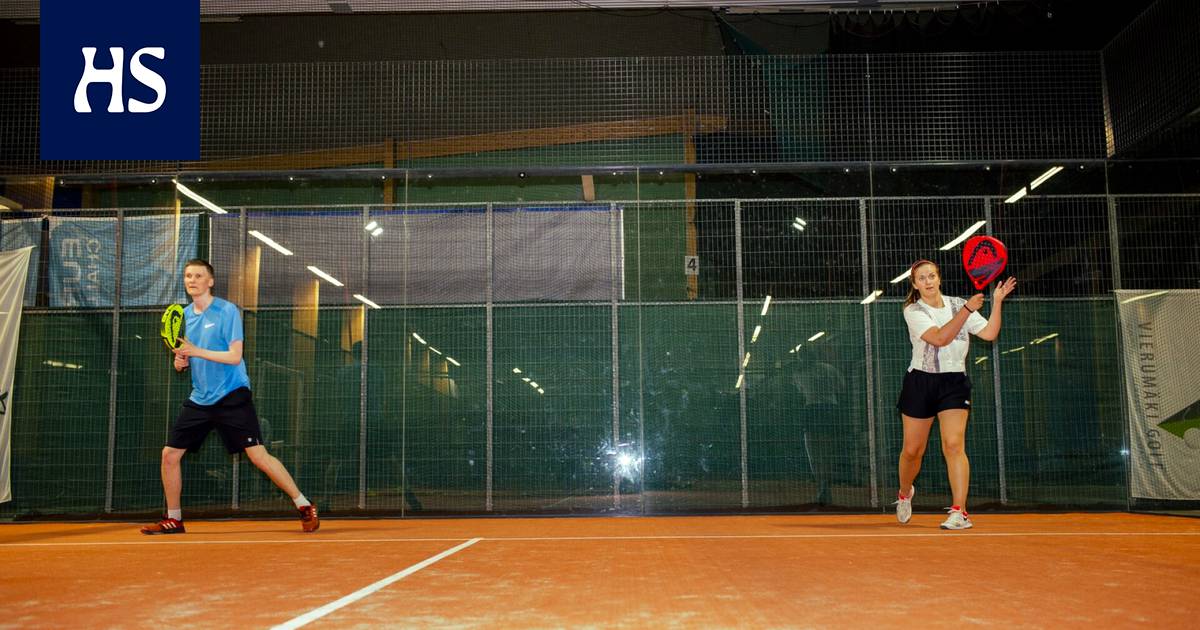 The main owner will be disappointed if Vierumäki does not generate a seven-digit amount for the new dividend recipients in the next few years.

Ekqvist and Loikkanen also play padel, which has become a favorite sport in Finland. It has also been noticed in Vierumäki, where playing fields have been built on the padel.

If the shares one day start to make a profit, the dividends paid on them will accrue to the benefit of these four federations.

“I’m disappointed if Sports doesn’t make a profit already in 2022 and 2023. Dividend yield can be a seven-digit number. Personally, I believe it, even if no one can be promised. It depends on how many people are made to visit Vierumäki, ”says Anttonen.

There is nothing to share yet because there are no profits either.

“Mika’s financial mission is that if one day a dividend is received, he will not take it, but give it to Finnish sports,” Vierumäki CEO Peter Gabrielsson says.

Peter Gabrielsson, CEO of Vierumäki companies, has been relieved when Vierumäki’s long predicament is coming to an end. Picture: Ella Kiviniemi / HS

At the end of April 2020, Peter Gabrielsson, President and CEO of Vierumäki Companies, moved to tears over staff redundancies. Picture: Juhani Niiranen / HS

For four for the sports federation, trading in Series B shares was risk-free. Anttonen sold the shares at a symbolic unit price of 20 cents. The total amount of the transaction was three euros and 20 cents.

Another 20 percent slice of the B-series remained unsold. According to Gabrielsson, interest in it has been strong. The price is formal, but at the same time the buyer must commit to the development of Vierumäki, ie in practice to buy and use its services.

“The buyer can be someone other than the sports federation, but it must add value to the development of Vierumäki,” says Gabrielsson.

Marko Hiltunen, Chief Operating Officer of Vierumäki Sports, presents the roof terrace of Fennada Hotel, which features a sauna and jacuzzi. The view opens onto the sports field and the renovated hall. Picture: Ella Kiviniemi / HS

To be developed In Vierumäki, it is enough that the guidelines of the new strategy, which was completed in the summer of 2020, and the investments that now amount to about ten million euros, are already visible in the region.

Renovated in place of the Ilkka building, Hotel Fennada will open its doors on Monday. The hotel has 104 rooms, fourteen of which are suites of 40 to 50 square meters. The best have a private sauna and jacuzzi on the roof terrace.

The tennis arenas of Vierumäki Hall have been renovated and the paddle courts have been made. New outdoor fields will also open in June.

“I’ve tried padel a couple of times. Nice game and easy to learn, but tennis is even more fun, ”says Anttonen, who has played tennis for 15 years.

In mid-July, another hotel in Vierumäki will also open its doors, when Holiday Club bought an old hotel building from the bankruptcy estate before the roundabout. It operates separately from the Vierumäki companies.

In the following In this phase, functions focusing on the Finnish Sports College, such as the Vierumäki arena, indoor swimming pool and sports field, will be repaired.

Anttonen has committed to pay the costs of tens of millions of euros from his own bag.

“Vierumäki does not have an open check. The calculations have to be kept, ”says Gabrielsson.

Anttonen does not want to emphasize his own role. Through Keel, he became the main owner of Vierumäki at the end of 2018.

“I’m not going to be Mister Vierumäki. I want to be behind the scenes. Vierumäki does not have any bank loans, but everything is financed by Keelen. The total amount of investments will rise to approximately EUR 35 million. An exact estimate is still missing. I am pleased with what has been done, ”says Anttonen.

On Thursday, he visited Vierumäki in bristles.

Mika Anttonen, the main owner of St1 and Vierumäki. Picture: Joonas Salo / IS

Vierumäki is also recovering from the predicament of spring 2020, when Vierumäki Country Club (VCC), which was responsible for accommodation and restaurant operations at the time, went bankrupt. The single biggest cause was a coronavirus pandemic.

The bankruptcy estate laid off 170 people. It was a tough place for Anttonen.

“I’ve never mentally come across this before,” he said at the time.

Read more: The dismissal of Vierumäki’s employees was a tough place for Mika Anttonen: “I have never encountered such a thing before”

A year later, some of those laid off have been hired back. About a third of the redundancies have been created.

Half of those who returned are former employees of Vierumäki, such as the sports site manager Jouni Grön. He did not doubt for a moment when there was an invitation to come to work.

“I was laid off twice. Of course, it was clear that I would be coming back here. Anttonen is a sportsman, ”says Grön, and maintains thick-wheeled electric bikes.

The corona pandemic has even been seen in them: it has been difficult to get spare parts for electric bikes.

Employees the number will increase significantly towards the end of the year as the restaurant world opens up. The restaurants are owned by Vierumäki.

“It facilitates their management and development,” says Vierumäki Sports, Chief Operating Officer Marko Hiltunen says as you guide your guests to the area.

Heinola’s unemployment rate is over 15 percent. Vierumäki is a significant employer and flagship for the municipality.

Gabrielsson has promised the mayor of Heinola that all the jobs lost in Vierumäki will be recovered sooner or later.

Would Vierumäki have done better if it had belonged to Lahti?

“I don’t think it matters, it’s not an issue. We have very good communication with the city of Heinola. Vierumäki’s location is great. There is a direct motorway and an hour’s drive from Helsinki, ”says Gabrielsson.

Laura Kaukonen, who is studying to be an exercise instructor, trains in the renovated gym of the bubble hall with modern equipment. Picture: Ella Kiviniemi / HS