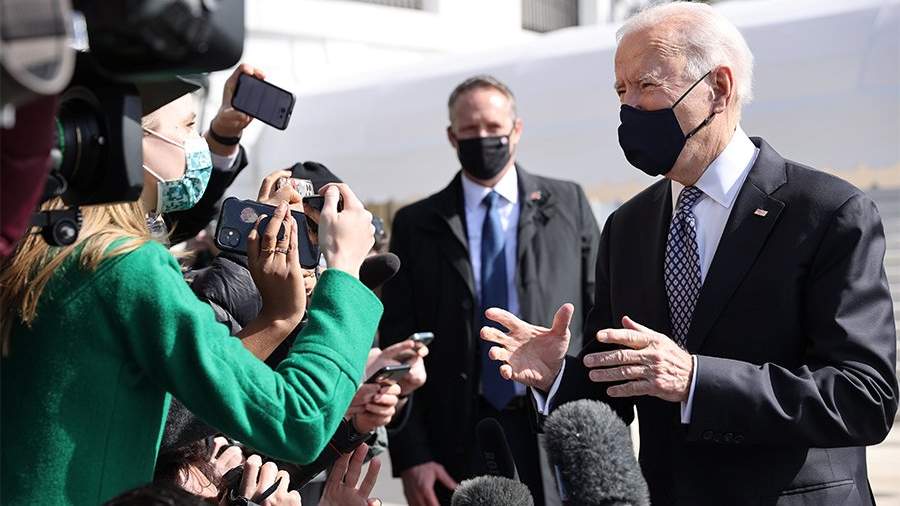 US President Joe Biden chose a risky policy in relations with Russia immediately after coming to power, but the American leader will not be able to adhere to a permanent course of confrontation. This was reported on March 18 by the newspaper Der spiegel…

As the author of the article said, relations between the United States and Russia have always been a difficult challenge for every American leader, but with Biden’s rise to power, relations between the countries began to develop extremely rapidly. The author of the material stressed that less than 60 days have passed since Biden became President of the United States, and relations with Vladimir Putin have already reached their first low point.

“However, Biden will not be able to adhere to a confrontational course forever. Russia is too large and influential to completely exclude constructive interaction with it, ”the journalist explained.

The author of the article suggested that the American leader is likely to pursue a bilateral policy. On the one hand, it will continue its tough rhetoric with the introduction of individual sanctions against Russia, and on the other hand, it will seek to establish a constructive dialogue with Moscow on issues that are important to Washington. At the same time, Russia may not want to enter into dialogue after Biden’s statements.

On the same day, the press secretary of the President of the Russian Federation Dmitry Peskov said that Putin was in favor of continuing the dialogue with his American counterpart and was ready to hold a conversation at a convenient time for him.

Earlier, on March 17, Biden said that Russia must “pay the price” for its “interference” in the US elections. According to him, he had previously had a “long conversation” with Putin, noting that he knew him “quite well”. At the same time, he allegedly warned the Russian leader about a possible response.

In turn, Putin, in response to the accusations of the American leader, wished him good health and responded with the phrase “whoever calls his name is called that”.

At the same time, the press secretary of the White House Jen Psaki during the briefing said that Biden does not regret speaking about Putin. She stressed that the head of the United States “will not restrain himself in words or actions.”

The CNDH questions its own actions in the ‘Ayotzinapa case’