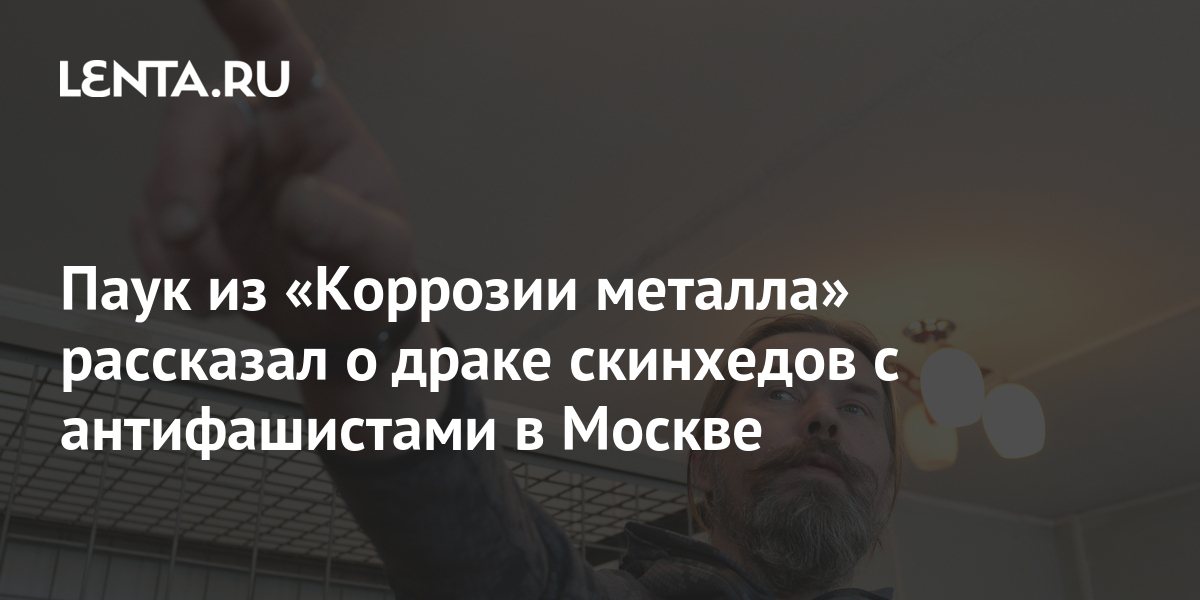 The leader of the Metal Corrosion Group, Sergei Troitsky, known as Spider, spoke about a massive fight with shooting in the north of Moscow, in which skinheads and anti-fascists took part. His words are broadcast by the radio station “Moscow Says” on Sunday, June 6.

According to the musician, young people, “equipped with antifa” type, opened fire from pneumatic weapons at people who were going to an underground music concert. “They called their friends for help, local fights broke out,” he said.

Troitsky stressed that the attacked concert visitors did not have Nazi flags: “They are just youth activists, skinheads who go there to watch for fun. There was information that there were some Nazi flags, this is nonsense, people after football came with the flags of the Moscow football teams. “

The brawl video appeared on the network on June 5. It was originally reported to have been hosted by dozens of soccer fans. Later it was reported that Nazis and anti-fascists were involved in the fight in Moscow. The latter decided to disperse the supporters of the White nights skins group, who had gathered for a concert in an institution on Dmitrovskoe highway, they allegedly refused to leave and attacked first. It was also reported that the participants in the fight were carrying firearms and flags with Nazi symbols.

The police are conducting a check on the fact of a massive shooting fight. Law enforcement officers detained 19 people.