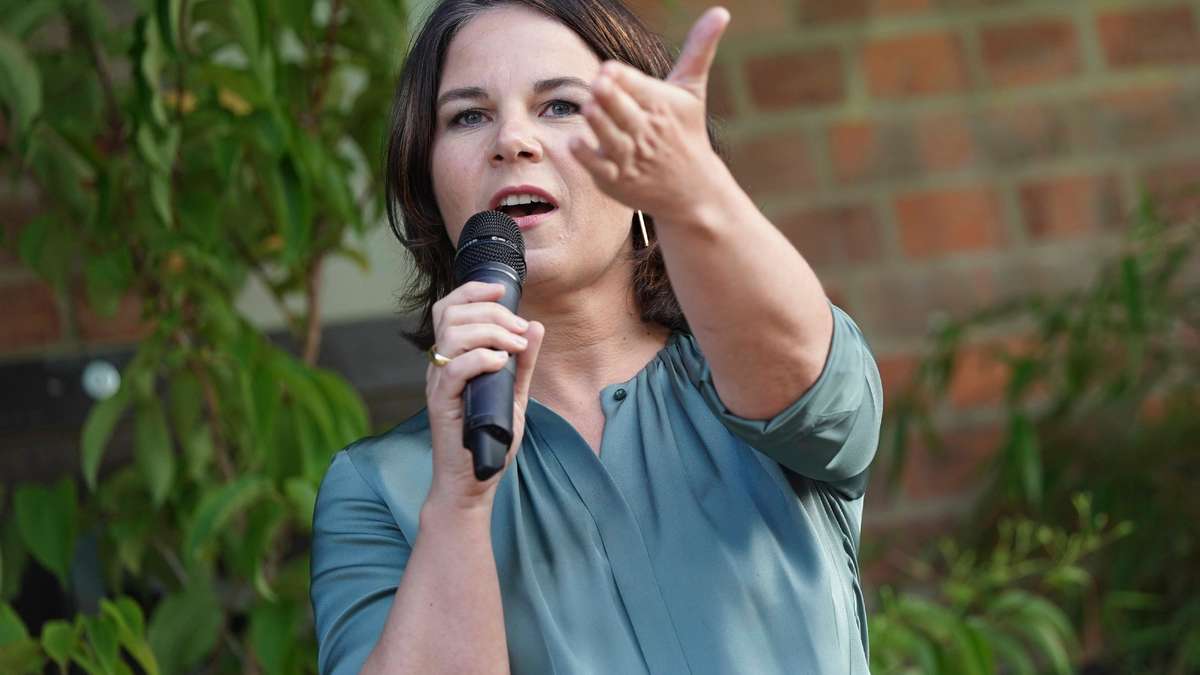 In the event of a victory in the federal election: Green Chancellor candidate Annalena Baerbock wants to set up her own ministry for immigration. And not only that.

Munich / Berlin – Robert Habeck is said to have been upset recently. About the fact that Green Chancellor candidate Annalena Baerbock made a shaky start with a view to the federal election in 2021 (September 26). This is reported by the “heute journal” of the ZDF. In the election campaign of the Greens, the images now also dominate.

Specifically: Habeck and Baerbock jointly presented the project of their own climate protection ministry, including the right of veto, in a Brandenburg nature reserve – should their party win the Bundestag election against CDU chancellor candidate Armin Laschet and the Union. But that was not the end of the spectacular plans by the Greens, in whose election program climate protection is dominant.

Because: Baerbock has in mind a kind of migrant quota for authorities and a new ministry, which is to deal with the question of immigration primarily and separately from the Federal Ministry of the Interior. The 40-year-old explained this in a video interview with the Turkish community in Germany, which is available on YouTube.

“The Turkish immigration story is also a great German success story for our country. Nevertheless, this lifetime achievement, and that is part of honesty, is hardly adequately recognized by the guest workers at the time as part of the history of the Federal Republic of Germany, ”says Baerbock in the question-and-answer interview and demands“ much more attention ”. Because Germany is “an immigration society”, says the 40-year-old from Lower Saxony. Every fourth citizen has a migration biography, “but especially in management positions, especially in some professional groups, also in politics, in public, not all are represented equally”.

Baerbock’s plan: “We want to present a federal participation and participation law (…) in order to ensure the diversity in our country much better in the future (…) when appointing federal bodies.” State action should “really take our diverse society into account.” “.

For this purpose, immigration policy must be “not least removed from the Ministry of the Interior” and diversity policy must be placed “at the center of a bundled ministry,” explains Annalena Baerbock in the YouTube video. (pm)