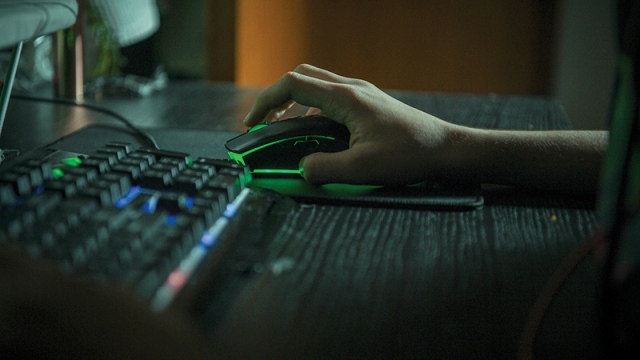 Specialists in psychology, sociology, family and technical sciences have confirmed that addiction is no longer limited to substance abuse, but has reached addiction to electronic games, which has become a societal phenomenon that afflicts its addicts with psychological and social diseases, and may lead to a decline in the academic level of students, functional failure for adults in addition to disintegration Captive. Specialists in psychology, sociology and child protection told Emirates Today stories about people who had suffered mental illnesses, who lost their jobs and families as a result of addiction to electronic games, and children who were temporarily blinded from excessive playing electronic games, referring to people who have become stubborn, violent and isolated from society, and have become sick. In need of psychological and social therapy sessions to treat electronic games addiction.

In detail, a professor of psychiatry at the University of Medicine and Health Sciences in Ras Al Khaimah, a consultant psychiatrist at Ras Al Khaimah Hospital, Dr. Talaat Matar, said that one of the strangest psychological cases that the psychiatric department received in the hospital was an Arab wife who came to the hospital asking for help in treating her addicted husband On electronic games.

He explained that the wife reported that her husband was addicted to electronic games, and confined himself in a room in the house in order to finish the stages of an electronic game, achieve first place and win 100,000 dirhams.

He added that the husband lost his job due to his absence from work for long periods, his constant addiction to electronic games, and he no longer sat with his children despite his presence at home, and he refused to leave the game until he did not lose any of its stages or win over one of the competitors.

Matar indicated that the wife asked to transfer her husband to the hospital for treatment, but he refused and assured her that the hospital would not be able to force him to stop electronic games without a real desire from him, adding that he gave the wife directions and instructions to apply them at home in order to treat the husband psychologically and socially, and to get him out From isolation and stubbornness, and his reintegration into society again, and indeed the husband began to respond to treatment, and his condition began to improve psychologically, and he was finally able to return to work after strenuous attempts.

Matar pointed out that electronic addiction has led to divorce cases, infidelity, dismissal from work, and family loss as a result of neglect and lack of family responsibility, adding that addiction to phones and electronic games may negatively affect brain functions and damage nerves.

Matar pointed out that limiting electronic games begins by controlling the phone or electronic devices, and not letting children play for long hours to avoid their exposure to addiction, explaining that the best way to reduce children’s addiction to electronic games is to set an hour a day to play throughout the week, especially since electronic addiction may lead To depression and obsessive-compulsive disorder.

The psychologist at the Ministry of Education, Hassan Issa, stated that most cases of electronic addiction dealt with belong to adolescents, saying that he dealt with a teenager (Gulf – 17 years old), whose life and treatment with his family changed because of his addiction to electronic games, and he used to buy games. Online », and he became violent and withdrawn and hates mixing with others, and his social relationship with his parents and siblings has become weak, which negatively affected his academic level and his psychological state.

He pointed out that one of the children who supervised his psychological treatment was temporarily blinded as a result of his addiction to electronic games, as he was taken for treatment in Germany by his family to save him before it was too late, explaining that electronic games have a very negative impact on children’s health, and in their social relationship, and he must Families pay attention to their impact and create a good relationship between children to bring them back to society.

Issa pointed out that if the child’s relationship with his family is weak, and he becomes addicted to electronic games, then it has become difficult for the family to repair the relationship with him, adding that the conscious family deals with the child addicted to electronic games as a psychological disease, and it must be treated through accompanying him. And not to leave him alone at home, to go out together and accompany him.

Professor of Applied Sociology, Professor of Criminology at the University of Sharjah, Dr. Ahmed Falah Al-Amoush, said that electronic games have become a social habit in the classification of criminology, and it is difficult to get rid of them, as they have become controlling the behavior of their practitioners, and their psychological diseases such as anxiety and hostility towards their families, as a result. Disengaging from society and staying for long hours, isolated and preoccupied with playing electronic games.

He explained that sociology calls electronic games addicts “unequal people” because they engage in abnormal and violent behaviors, pointing out that most people enter the world of electronic games for more than two hours a day, and if they enter the game more than once a day, they are considered people. Addicted to and dependent on spending their time playing electronic games.

He added that electronic addiction has become a societal phenomenon that many suffer, explaining that the only treatment for electronic addiction is to gradually avoid it and submit to psychological and social treatment sessions, and to be preoccupied with reading and hiking with friends and family members, and to participate in lectures and events, stressing that electronic games were the cause of the disintegration of societies and the destruction of families And sometimes divorce, dismissal from work and out of the ordinary socially, psychologically and behaviorally.

The deputy director of the Emirates Association for Child Protection, Moza Al-Shoumi, touched on the story of a (Gulf) child whose addiction to an electronic game dominated all his behavior, and transformed his behavior from a calm and intelligent child to violent and late in school.

She explained that the child’s father acted irrationally in order to treat his son, and broke the Playstation device, which caused the child’s stubbornness to increase and his strong hatred for his father, who forbade him his favorite game, pointing out that one of the factors of the child’s addiction is not sitting with his family at the dining table or staying up late with them. Neglecting school, and refusing to go out with the family.

She indicated that there are several ways to treat children from electronic addiction, including separating the Internet for long hours from the home, monitoring children’s phones through smart applications and subjecting them to psychological treatment, and removing them from the isolation state by going out on trips and eating collectively.

She added that the family’s addiction to electronic games reflects negatively on children, and leads to the transmission of addiction to them in a more vicious way, due to the absence of the role of supervision for parents as a result of their negligence and negligence towards their children.

The technical expert, Ahmed Al-Zarouni, stated that controls, times and methods must be established for children to play electronic games, as it is not permissible to leave the freedom to children, and even adults, to play electronic games for long hours in closed rooms, adding that electronic games are not subject to a correct system to classify them among the most or most games. The least dangerous, as some games, intended for children of four years and over, contain immoral pictures, obscene language and violent movements.

He explained that some games force their practitioners to fully complete the game stages to reach the winning stage or the game evaluation stage, and this takes many hours, indicating that companies must be forced to set controls for their games in line with the values, traditions and ethics, so that young people and children do not imitate the actions of the heroes of the game. Which may include violent or pornographic practices.

The National Rehabilitation Center intends to open a specialized clinic for the treatment of electronic games addiction at the headquarters of the center in Shakhbout city in Abu Dhabi, to provide its services to citizens and residents, as the clinic aims to treat addicts to this type of games, using the Internet addiction scale for adolescents.

Professor of Psychiatry at the University of Medicine and Health Sciences in Ras Al Khaimah, Dr. Talaat Matar, confirmed that adolescents from the age of 12 to 17 years are more addicted to electronic games, pointing out that males more than females love to explore, browse websites and search for challenging games. Playing electronic games for the purpose of financial gain may lead to addiction, and some challenging games may lead to suicide and encourage violence.

He explained that one of the stories that came to the department was of an (Arab) husband, who asked for help in treating his wife and son from an addiction to browsing social networking sites, as he woke up from his sleep at four in the morning to find his wife browsing the “Facebook”, and finding his son (17 years old) In the hall of the house, he plays “Fortnite”, without the wife’s indifference and concern for her son.

He explained that the wife’s shortcomings and her electronic addiction had a negative impact on the son’s behavior, and had been late in school and repeatedly absent from school, as a result of staying up all night due to electronic games, pointing out that after the therapeutic attempts and the husband’s threat of divorce, the wife reduced the hours of sitting on the Internet and stabilized their family situation somewhat. .

• A man locks himself in a room to achieve first place in an electronic game … and a woman neglects her family for “social communication.”