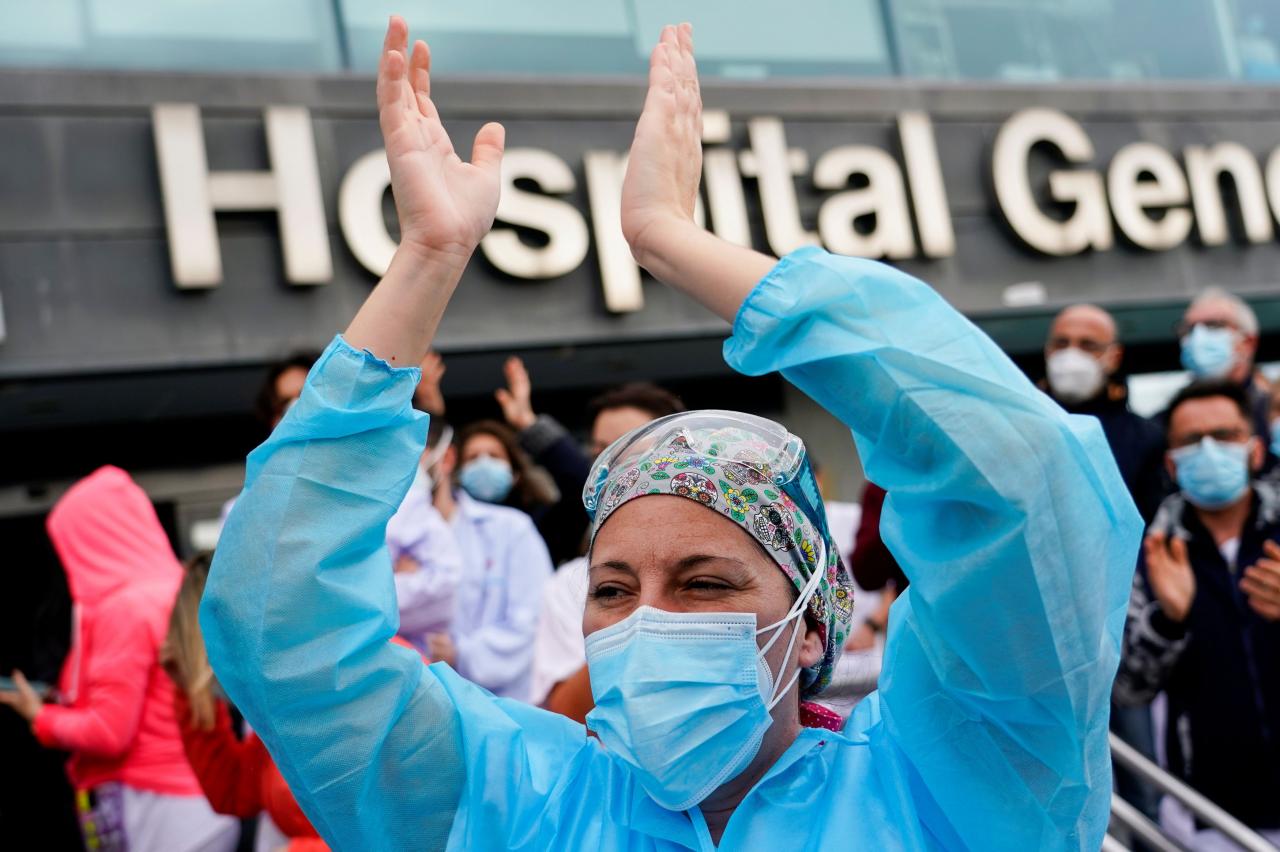 A steady drip-feed of public officials admitting to having been vaccinated ahead of priority groups has sparked uproar on social media in Spain at a time when several regions are tightening restrictions in an effort to curb a spike in infections.
Several local mayors admitted to getting vaccinated before their turn, while the regional health chief of the exclave of Ceuta was heavily criticized both for getting vaccinated early and for saying he had done this under pressure from his staff.

“I didn’t want to. I don’t even get the flu vaccine. I don’t like vaccinations,” said Javier Guerrero of the opposition conservative People’s Party.
One Twitter user hoped it would at least encourage citizens to get a shot: “The reluctant citizen will see that if politicians sign up first, breaking all the rules, it must be something very good,” @Juanmalucky wrote.

Some called for the resignation of those who could not wait for their turn.
“The scoundrels who have vaccinated themselves by jumping the queue using their privileged position as public officials (more and more are appearing every day) must of course all resign,” tweeted the spokesman for the far-left United We Can party, Pablo Echenique.

Defense Minister Margarita Robles asked General Miguel Angel Villaroya, Chief of the Defense Staff, for explanations after El Mundo newspaper and Europa Press Agency reported he and other senior military officers had already been vaccinated.
Villaroya has not publicly confirmed whether he has been vaccinated. He could not be reached for comment on Friday.

Nationwide infection rates have soared since late December, with 42,885 new cases added to the tally on Friday. The 14-day incidence of the virus climbed to a record 829 cases per 100,000 people, while 400 deaths were reported.
But the health ministry has let regional authorities set their own rules within national guidelines, creating a confusing patchwork of different measures to halt the spread of the virus.

Madrid brought forward its night curfew to 10 pm and limited group meetings to four people, while the island of Ibiza closed its borders to non-essential traffic. In sparsely populated Extremadura, which has Spain’s highest incidence of nearly 1,450 cases per 100,000 people, troops began converting a conference center into a makeshift field hospital.

In Madrid, some 50 medical staff protested outside the La Paz hospital against being pulled from their regular jobs to staff a hospital built for COVID-19 patients. Unions say this is a costly drain on resources from the rest of the health service.

“It’s totally unnecessary … We have old hospitals that could have been refurbished, “ said Marco Portillo a nurse and union organizer at the protest. (Additional reporting by Silvio Castellanos Writing by Nathan Allen Editing by Ingrid Melander and Gareth Jones)