Spanish car factories try to weather the shortage of microchips 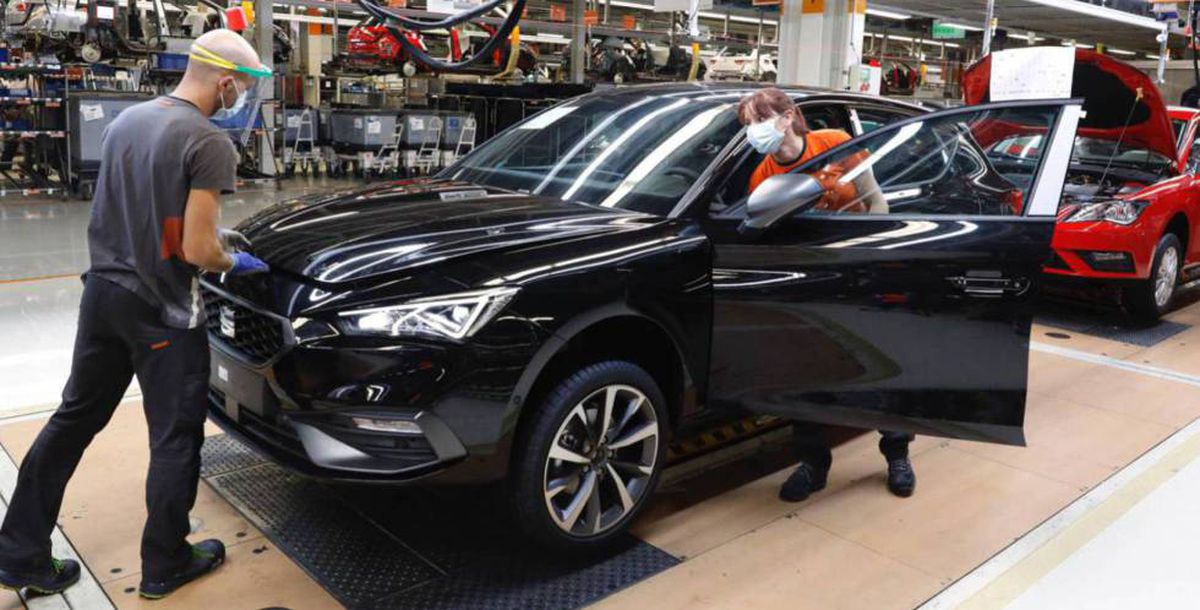 The global shortage of semiconductors, essential microchips for car electronics, is affecting the automotive industry around the world. Also in Spain, where all the factories that the different brands have in the territory are suffering from the lack of these electronic components. In some cases, such as Seat, the brands absorb the stoppages in production with flexibility measures, but the entrenchment of this problem forces other plants to start filing temporary employment regulation files (ERTE). The factories go week by week according to the availability of the pieces, but the shortage is already noticeable in the figures: until May, the decrease in production has been 19% compared to the previous year, according to the latest data from the employer’s association. manufacturers, Anfac.

The pandemic brought with it a great halt in activity around the world. But some sectors experienced a boom in demand for their products. This is the case of semiconductors, necessary for almost all technological products that have become indispensable after more than a year of pandemic, teleworking and confinement.

The great demand for these components has strained the capacities of their producers, who need a lot of investment and years of work to open a new factory, and who have not been able to respond to the growing needs of these microchips. This imbalance has increased the price of components and has created, since January, a bottleneck that is difficult to manage for factories that need them.

In the automotive industry, in which semiconductors are increasingly important with the development of more connected cars and with the goal of the electric and autonomous car, the lack of these components threatens to truncate the recovery after the pandemic. Anfac data shows that only 182,838 units were assembled in May, 38% less than in 2019, something that will inevitably affect export data. The European Association of Automotive Components (Clepa) warns that the problems may continue until the middle of next year, and in a recent report estimated at half a million European vehicles whose manufacture has been delayed.

In Spain, all factories try to adapt. The Seat plant in Martorell closed for three days last week, with the aim of buying time until the situation begins to unblock. The line that assembles the Audi A1 model remains paralyzed, a decision that had already been agreed with the works council. This circumstance has not required the presentation of an ERTE for the affected employees, and the closing days will be managed through flexibility measures.

The factories that Renault has in Valladolid and Palencia also raised this way, but flexibility measures are running out, and workers are already entering ERTE, a file open until September 30. The Valladolid and Palencia assembly factories were closed last week and will continue to stop this week, while the Valladolid engine factory has reopened after a closed week. “We are managing the activity and the demand we have every day. This does not have any signs of a quick solution, and we are already negotiating with the unions to see how the new ERTEs are planned ”, explains a spokesperson.

At the Almussafes factory (Valencia), Ford has already filed a file until the end of September, in which it has been agreed that the night shift does not return to work and that two days in June and five in September the plant is without production . This ERTE for the third quarter comes after the company already applied one during the first half of the year. And the Mercedes Benz plant in Vitoria has been idle all last week, and this Monday has resumed the output activity of 700 vehicles a day. The company does not have a forecast of when it will have to stop again, but it already foresees that, when it has to do so, an ERTE will be applied, since the maximum days foreseen in the bag of hours with which they managed the stoppages have been exhausted .

Brands have tried to cope with the crisis by giving a greater outlet to vehicles that are not so affected by the lack of semiconductors, that is, more modest, smaller and less connected cars. This has been done by the Stellantis group (Peugeot, Citroën and Opel), with factories in Vigo, Zaragoza and Madrid. “We go plant by plant, adapting to market trends and taking into account the difficulties. But we believe that we must have an alternative to the current microchip supply, ”explains a spokeswoman.

In the three factories there have been specific stoppages for weeks, some only with the stoppage of a production line, other days with the total closure of the factory. “It is being organized according to the lack of components. Last Thursday and Friday we had all the systems closed, now we have one in operation, ”they explain from the Vigo plant. Until now, stoppages have been managed with flexibility measures such as time bags, which are counted as vacations. But there is a 30-day maximum, and some workers have already passed it. In this case they have to start using ERTE days, but it is not yet a majority ”, he adds.

At the Volkswagen factory in Pamplona, ​​where the Polo and T-Cross models are manufactured, they are closed from last Friday until July 18. The company has made the closure coincide due to lack of semiconductors with the vacations already planned, and has achieved that the stoppage has only affected four days in the last month. It has an ERTE open until the end of the year in case it is necessary to apply it. The Mercedes Benz plant in Álava stopped completely for five days last week, and has resumed production this Monday, although it already raises an ERTE in case it needs a break again and flexibility measures are not enough.

Nissan, for its part, has announced a cessation of production at the Barcelona plants in Zona Franca, Sant Andreu and Montcada for ten working days, from July 19 to 30, at which time the usual vacation stoppage will begin. At the moment they have not had to resort to the application of an ERTE and they solve the stop with flexibility measures. “The situation is very changeable and it is impossible to foresee what will happen after returning from vacation,” says a company spokesman.