Spaniards on the Tour: Day without incident with Cortina 20º 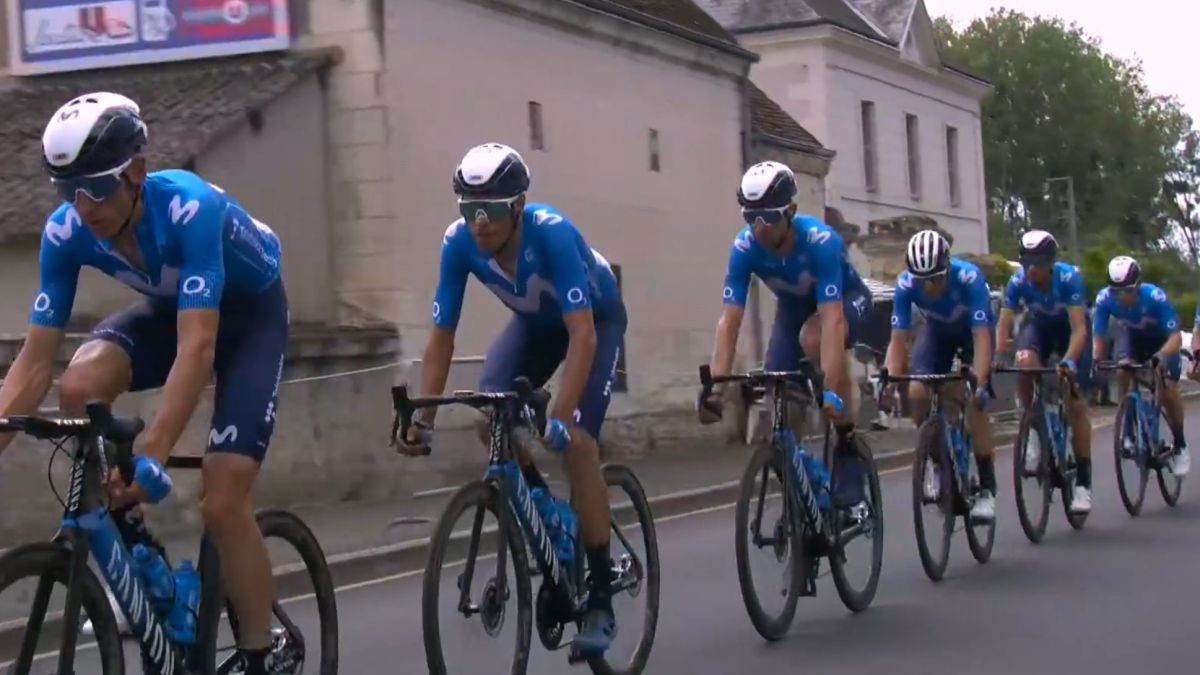 Quiet day, within what fits in a Tour de France, for the Spanish riders present at the race. Without pure sprinters, and as Cortina as the fastest man of them all, the Asturian was the best placed at the finish line. But he is still in the noble part of the general and this Friday he will have to be attentive, although the first big difficulties come this weekend.

Iván García Cortina (20th): the gourd finished in the high part of the classification. He is the best Spanish sprinter in this type of arrival, but for now he has to work for the squad.

Enric Mas (32nd): well placed and one more day without mishaps for the Balearic, who as usual in him, hopes to go from less to more.

Imanol Erviti (52º): another day in the office protecting its leaders, even in the moments when Movistar began to pull the platoon.

Alejandro Valverde (53º): the Murcian was satisfied at the finish line after finishing “the most nervous part” of the Tour. He gave Cavendish a hug, the big winner of the day.

Carlos Barbero (64th): he worked to put his teammate Walscheid in good shape on arrival. Little by little in the debut of the Burgos in the Tour.

Pello Bilbao (85º): the Basque had a day without incident. It will be necessary to see if it is noticed this weekend.

Cristian Rodríguez (110º): without incident for the TotalEnergies corridor. After his success in Rwanda, he hopes to be seen at some stage.

Rubén Fernández (111º): The one who was the winner of the Tour del Porvenir continues to add sensations in his debut in the Tour de France.

Victor de la Parte (117th): the man from Vitoria arrived at the rear of the main squad.

Jorge Arcas (143º): the Movistar player got carried away in the final part after a great job protecting their leaders.

Jonathan Castroviejo (151º): one of the best gregarious in the Ineos. Thomas and Carapaz were behind him almost every moment.

Jesús Herrada (152º): come the stages in which Cuenca can be seen. He dreams of a stage on the Tour.

Alex Aranburu (160º): The Basque from Astana has a day this Friday in which he can contest the stage. This time it was calmer.

Carlos Verona (161º): the Madrilenian entered with other Spaniards in a small squad behind those who disputed the stage. It will be important for Movistar in what comes.

Ion Izagirre (162º): the youngest of the siblings also had an uneventful day.

Omar Fraile (164º): the current champion of Spain is the last stage winner on the Tour. It was in 2018, and he arrives in good shape at this edition …