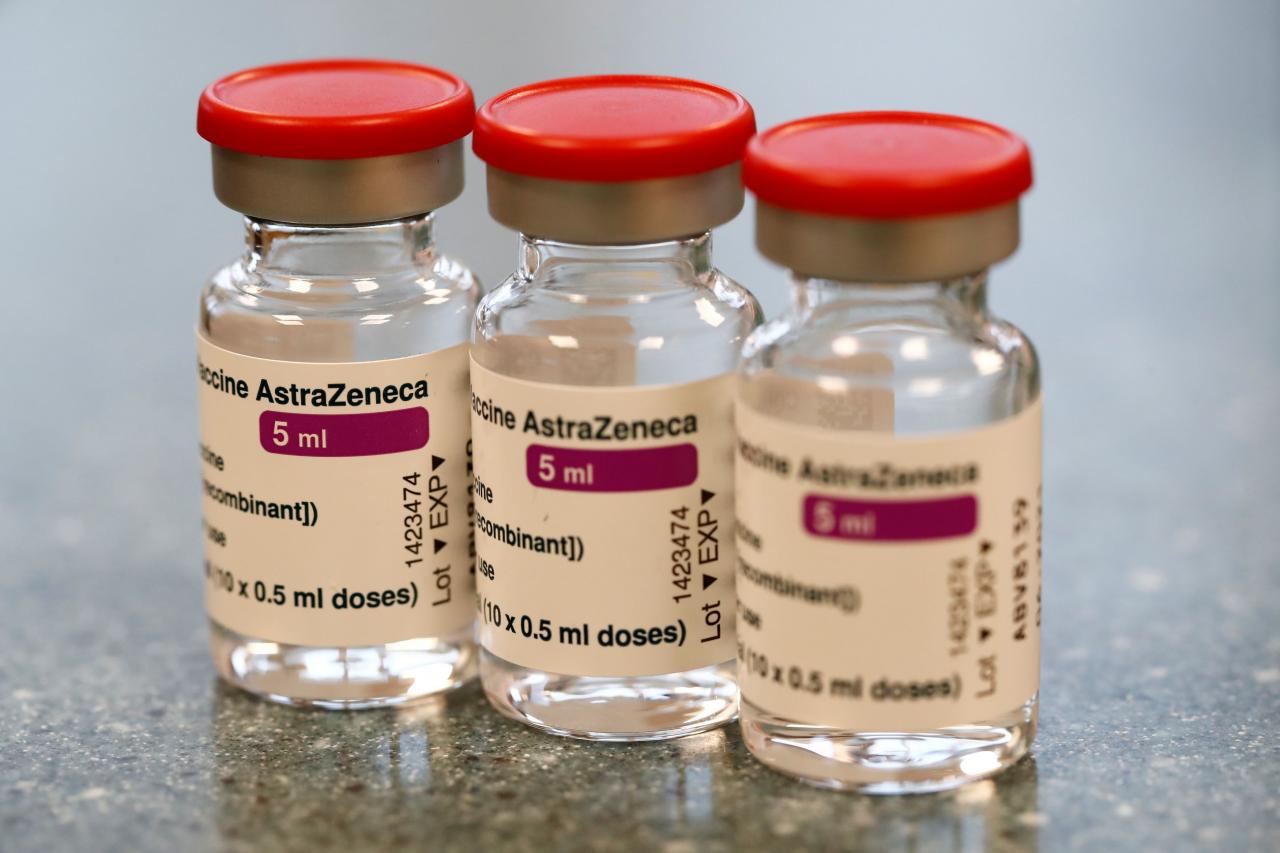 Following similar decisions by other European countries, the Health Ministry decided on Monday to halt using the vaccine for at least two weeks amid concerns of blood clotting.

Spain aims to vaccinate 70% of its 47 million population by the end of summer.

At least 17 countries have suspended or delayed using AstraZeneca COVID-19 vaccines after reports of blood clots in people who have received the shot even as the World Health Organization appealed to governments not to pause vaccination campaigns.

The European medicines regulator, which is reviewing the matter, will announce its findings on Thursday after discussing information gathered into whether the vaccine contributed to blood clotting events in those inoculated. It said it continues to believe the benefits of the vaccine outweigh the risks.

The number of thromboembolic events in vaccinated people is no higher than the number seen in the general population, the European Medicines Agency has said.

As of March 10, 30 cases of thromboembolic events had been reported among close to 5 million people vaccinated with AstraZeneca’s shot in the European Economic Area.

More than 300 million doses of COVID-19 vaccines had been administered as of March 12 and no cases of death had been found to have been caused as a result, the World Health Organization said on Monday.

More than 10 million people in the United Kingdom have received the AstraZeneca vaccine, which was developed with Oxford University, with no evidence of related serious adverse events, it said.

Below is a list of countries that have taken action:

AUSTRIA:
Suspended use of one batch of the vaccine on March 7 after the death of one person and the illness of another. That batch was shipped to 17 EU countries.

BULGARIA:
Halted inoculations with vaccine until the European regulator sends a written statement dispelling all doubts about safety.

DENMARK:
On Thursday, suspended use for two weeks after reporting «highly unusual» symptoms in a 60-year-old citizen who died from a blood clot after receiving vaccine.

FRANCE:
Will stop administering the vaccine pending an assessment by Europe’s medicines regulator.

GERMANY:
On March 15, paused use of the shot as a “precaution”.

ICELAND:
Suspended vaccine use on March 11 following halt by Norway and awaits results of an investigation by European regulators.

INDONESIA:
Delayed giving vaccine on March 15 while awaiting WHO review.

IRELAND:
Temporarily suspended the shot “out of an abundance of caution” on Sunday, pending more information from European regulators.

ITALY:
Halted the use on March 15 as a “precautionary and temporary measure” pending the EU regulator’s ruling. Previously, three different batches of the vaccine (ABV2856, AV6096 and ABV5811) were suspended in different regions.

LATVIA
Latvian government health agencies on Tuesday announced “temporary suspension” of up to two weeks of the use of the vaccine.

SWEDEN
Pausing vaccinations against COVID-19 using the vaccine as a precautionary measure.

THE NETHERLANDS:
The government put its vaccination program on hold on Sunday due to side-effects in other countries. On Monday, it reported 10 cases of noteworthy adverse side-effects from the vaccine.

NORWAY:
Halted the rollout of the vaccine on March 11, and later said three health workers were being treated for bleeding, blood clots and a low count of platelets. One of the individuals has since died, authorities said.

ROMANIA:
Temporarily stopped vaccinating people with one batch of vaccine on March 11.

SPAIN:
On Monday, the health minister said the country will stop using the vaccine for at least two weeks, after four regions had stopped administering doses from a batch.

THAILAND:
Going ahead with the vaccine on March 15, after having delayed the rollout last week.

VENEZUELA
Venezuela will not authorize the vaccine, citing its “effects on patients”.

PlayStation 4 has risen in price in Russia

Blockade of the Suez Canal: a disruption at an inopportune time