Spain will spend EU money to compete with Elon Musk 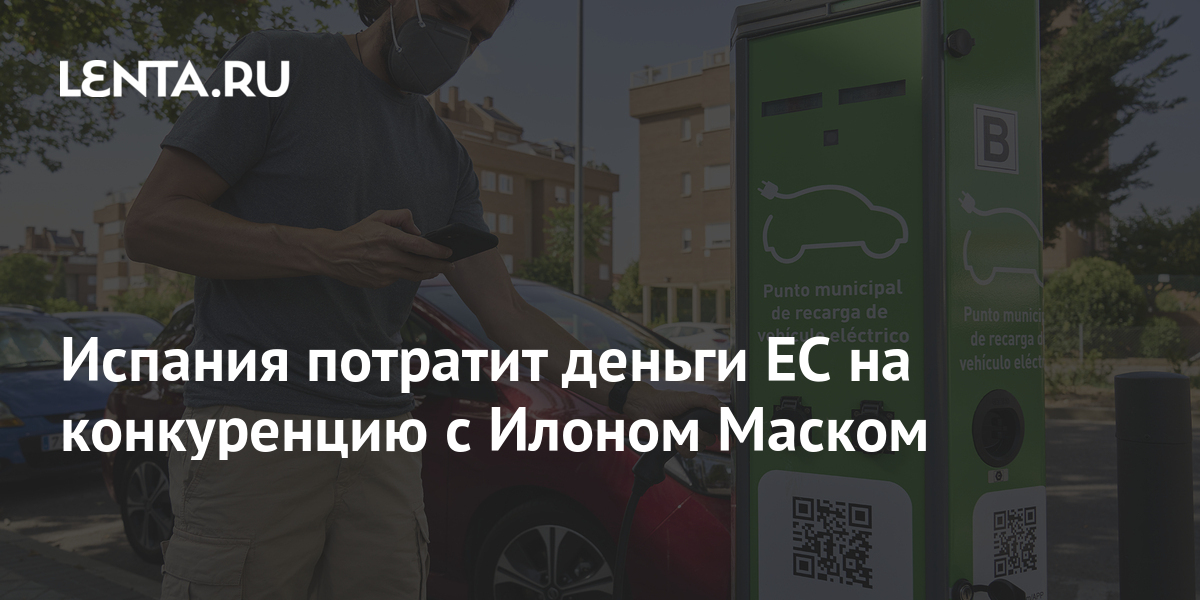 The Spanish government has decided to spend funds from the Coronavirus Fight Fund on the development of the electric car industry and the car charging infrastructure. To help local manufacturers compete with Tesla Elon Musk, the authorities will send several billion euros, writes Associated Press.

Spain ranks second in Europe in auto production, but lags behind in terms of electric vehicles and hybrids. The country’s leadership has found a chance to push the automotive industry towards green production and almost tenfold to increase the number of charging stations in cities thanks to the support of the European Union. Of its share of 140 billion euros ($ 166 billion) from the coronavirus pandemic fund, Spain will spend about five billion ($ 6 billion) on the new initiative over three years.

Elon Musk brings billions of dollars to foreign companies. To do this, he needs only a couple of words.

The advancement of the electric vehicle industry will help car owners switch to environmentally friendly transport, parliamentarians believe, now there are 11.5 thousand in the country, and by 2024 the number of charging points will increase to 100 thousand. The authorities are stepping up the automotive industry and the deposits of lithium – a key material for the production of batteries for electric vehicles. A battery plant will be built in the country, a number of enterprises for the assembly of cars and software development companies will be launched. In the next couple of years, they intend to bring another 250 thousand electric cars to the roads in addition to the existing 96 thousand. Spain produced 2.2 million cars in 2020, of which only 140,000 were electric or hybrid, according to the Spanish Association of Automobile and Truck Manufacturers.

The measures will help reduce Spain’s CO2 emissions by 450,000 tonnes by 2024, according to government forecasts, as part of the country’s overall transition to renewable energy sources by 2050 in line with EU targets.

“Compared to other Central and Eastern European countries that still use fossil fuels, Spain can rely on renewable energy because it has enough wind and sun,” said Raúl Blanco, Secretary of State for Industry.

The development of the production of electric cars in the world is one of the ways to reduce harmful emissions of carbon dioxide into the atmosphere and avoid global warming. For European countries, investments in the green economy must account for at least 37 percent of the individual share in the EU fund for the fight against coronavirus. Denmark announced plans to allocate $ 1.9 billion (about 60 percent of the funds allocated by the European Union) to “green” programs, Greece – $ 14.14 billion.