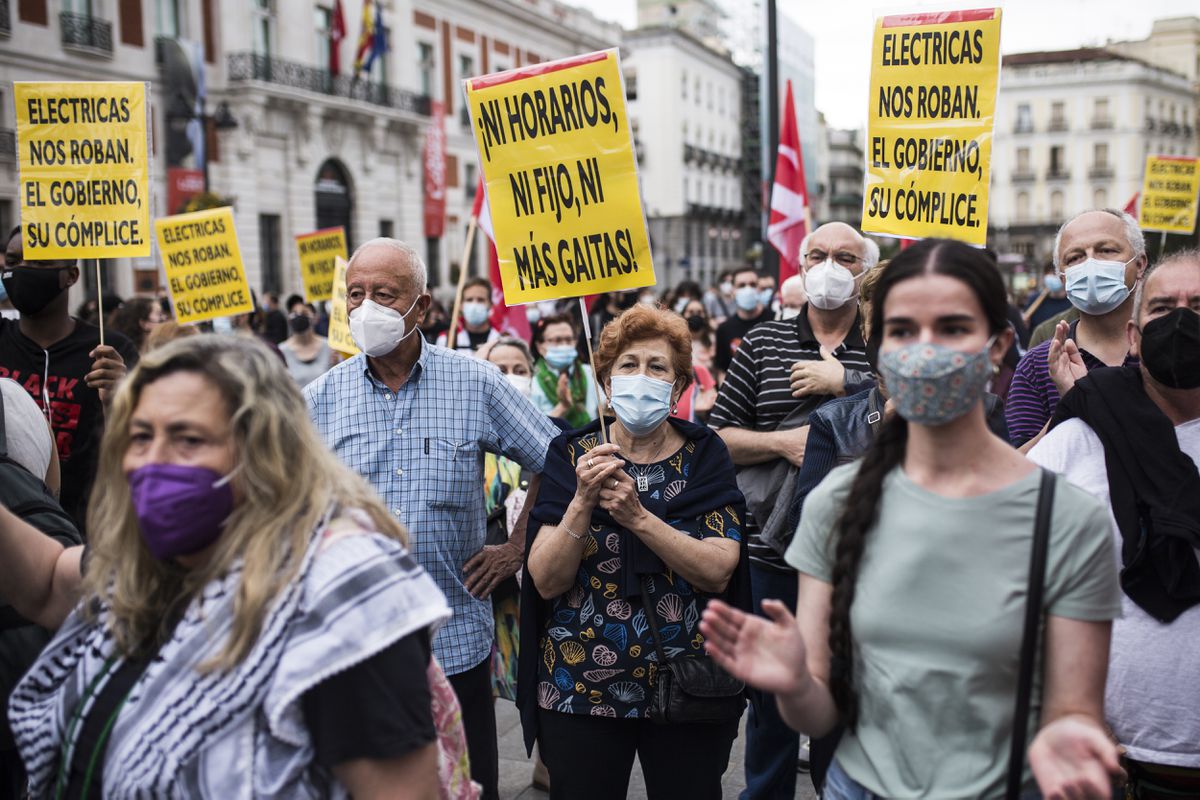 They say in the sector that if they have explained to you the operation of the electrical system and you have understood it, it is that they have explained it to you wrong. It does not seem that this peculiar sentence is very far from reality, judging by the analysis and reactions made to the events that have occurred during these days, in which everything revolves around the prices of CO₂ and its impact on the bill. of electricity, the new tariff with hourly periods and the contrary reaction of the electricity companies and consumers.

He started the week with the advance that the price of electricity had skyrocketed in May. The cause was the rising price of CO₂ (along with gas), which has affected the whole of Europe. Subsequently, from Tuesday, June 1, the new electricity rate model came into force, based on hourly periods in which the price depends on the time the energy is consumed and that it arrived hot due to the critical position of the consumer associations .

That same day, with the staff making speculations about the said periods, the Council of Ministers decided to make the change in the rate coincide with the implementation of a draft bill to reduce the remuneration of the previous non-emitting CO emis plants. to 2005 (that is to say, nuclear and hydraulic and some first generation wind farms) in 1,000 million and the approval of the National Fund for the Sustainability of the Electricity System (FNSSE), which had been kicking in for months. In both cases, the objective is to lower the price of electricity: the first, between 4% and 5%; the second, around 10%, but in five years.

The auction was put on Thursday by the Nuclear Forum, a lobby made up of the electricity companies with interests in the sector (Endesa, Iberdrola, Naturgy and EDP), which was emboldened against the draft bill by denying the majority —that the plants are amortized— and accusing the Government of imposing “disproportionate, discriminatory and confiscatory taxation. “, As well as causing the financial asphyxia of the nuclear park.

In short, a week of high voltage. The evolution of the first days shows that it is still early to see if habits change, but it does reflect that putting a washing machine is more expensive than a week ago with the other system that did not have peak hours, flat and valley. Specifically, 42.5% in peak hours (from 10:00 to 14:00 and from 18:00 to 22:00) and almost 16% in off-peak hours (early morning).

But this is not the fault of the model, which will surely be taken advantage of over time; but rather the rising cost of CO₂, which had already been noticed days ago. In any case, they make decarbonisation and the CO mercado emission rights market current, which was created to penalize energy generated with fossil fuels and promote renewable energies. In Europe, this market operates on the principle of limitation and trade. In other words, a maximum limit is placed on the total amount of emissions that facilities can make, which have to buy the rights in weekly auctions or in the secondary market. At the end of each year, they must surrender enough allowances to cover their emissions. Otherwise, they are sanctioned.

But, since the price of CO₂ was very low and did not produce the desired deterrent effect, the EU decided to reduce emission rights by creating a reserve mechanism for the price to rise. It had an effect. CO₂ prices became more expensive and, consequently, the final cost of electricity has increased, as has been reflected in recent months and just exploded in May, partly highlighted by the decisions of the Executive.

Also as a consequence of the rise in electricity, the collection of the States increases. In the case of Spain, where the 60 million tons it had allocated were reduced by 10 million due to the application of the aforementioned reserve mechanism, the collection foreseen for this year is estimated at about 2,200 million euros, according to the price set futures (above 50 euros per ton). This amount is more than 1,100 million higher than what it had collected in previous years.

A good pinch that leads the electricity companies to demand that the Government transfer that excess of collection planned to finance costs of the sector (the so-called charges set by the Government) that are included in the bill. In this way, the regulated part of the electricity bill could be reduced by 7.5%, which in the final consumer bill would represent a saving of close to 4% (the charges represent around 45%). Alternatively, they add, it could allocate part of this increase in the collection of rights to offset certain industrial sectors, increasing compensations for the risk of carbon leakage.

In fact, Spanish law already foresees that a part of the auction income will be used to offset the costs of promoting renewables in the electricity sector (450 million), to measures aimed at the fight against climate change or even to compensate certain industrial sectors at risk of carbon leakage. That amount has risen in the 2021 Budgets to 1,100 million, according to the sources consulted.

The electricity companies recall that, of the supply of rights, the electricity sector needs practically half to meet demand needs and that other sectors that consume fossil energy benefit from a free allocation of rights from those who sell part in secondary markets obtaining a direct benefit.

These sources also point out that, as renewable production is not enough to cover electricity demand, it is necessary to operate combined cycle plants and they must acquire CO₂ rights to avoid penalties at the end of the year. With the current prices of the rights, the cost of production of the cycles rises by 20 euros per megawatt / hour (MWh), they point out.

And, in the midst of this tidal wave, some experts add fuel to the fire. They point to the 7.09% profitability granted to renewables. In his opinion, it could be lowered to around 4%. But that is another story that few want to tell. When it was reduced in 2013, it caused almost fifty lawsuits against Spain in international arbitration courts. A further reduction could lead to another wave of demands when precisely those that already exist are being negotiated to withdraw.

Covid today Gb, over 38 thousand infections and 167 deaths in one day