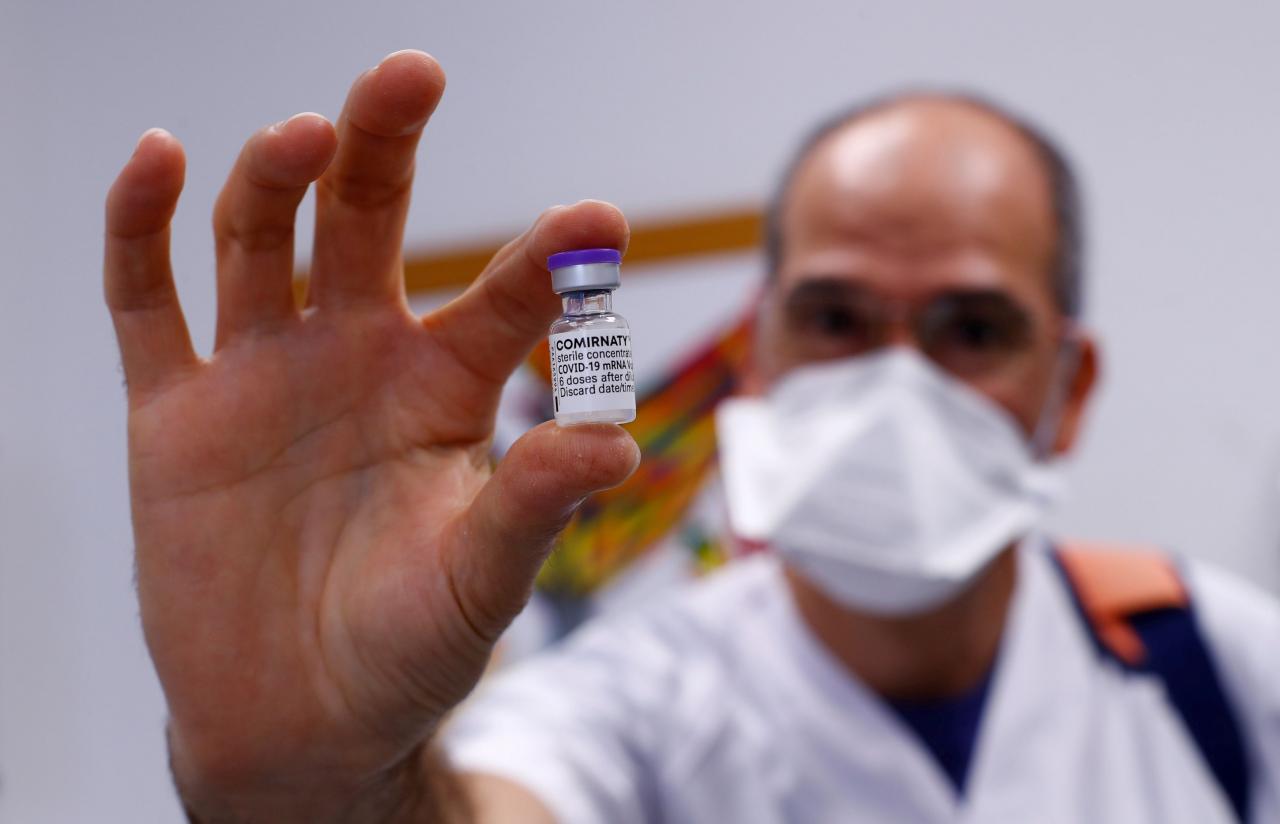 Spain will study the effects of mixing different coronavirus vaccines, government researchers said on Monday, responding to shifting guidelines on the safety of the AstraZeneca’s shot.

Along with several other European countries, Spain restricted vaccines produced by the Anglo-Swedish drug maker to people over 60 after regulators linked it to a rare form of brain blood clots, mostly in younger women.

“After decisions by various European public health authorities to suspend use of the AstraZeneca vaccine in under 60 year olds, we are setting out to urgently find scientific evidence to support decision making around possible alternatives, “Raquel Yotti, director of the Carlos III Health Institute, told a news conference.

The trial will draw on a sample of 600 people of all ages from across Spain, said Jesus Frias Iniesta, clinical research coordinator at Carlos III.

“The study’s objective is … to determine within 28 days whether a second dose of the Pfizer vaccine can be given to patients who have received the AstraZeneca vaccine, “he said.

A UK study on mixing vaccines was expanded last week to include shots made by Moderna and Novavax, while France and Germany are considering giving an alternative to under 60s who received a first dose of AstraZeneca.

Separately, a Spanish newspaper reported the health ministry was considering delaying second doses for under 80 year olds to maximize the number of people who received at least one injection.

Patients would receive a second shot of vaccines produced by Pfizer and Moderna eight weeks after the first, El Mundo said. The European Medicines agency recommends a 28-day gap between Moderna shots and 21 days between Pfizer.

The proposal would signal a sharp departure from the current national strategy, which favors giving vulnerable age groups a full course of two shots as quickly as possible.
The Health Ministry was not immediately available for comment.

Several real-world studies have shown a first dose of the Pfizer-BioNTech vaccine provide a high level of protection.

Despite delays to the deployment of the one-shot Johnson & Johnson vaccine and supply disruptions at AstraZeneca, Spain still expects to have half its 47-million population fully inoculated by late July.

US Releases Access to Coronavirus Vaccine Without Age Limits for All

Reap your reward: cursed games illuminate the ghosts of our past