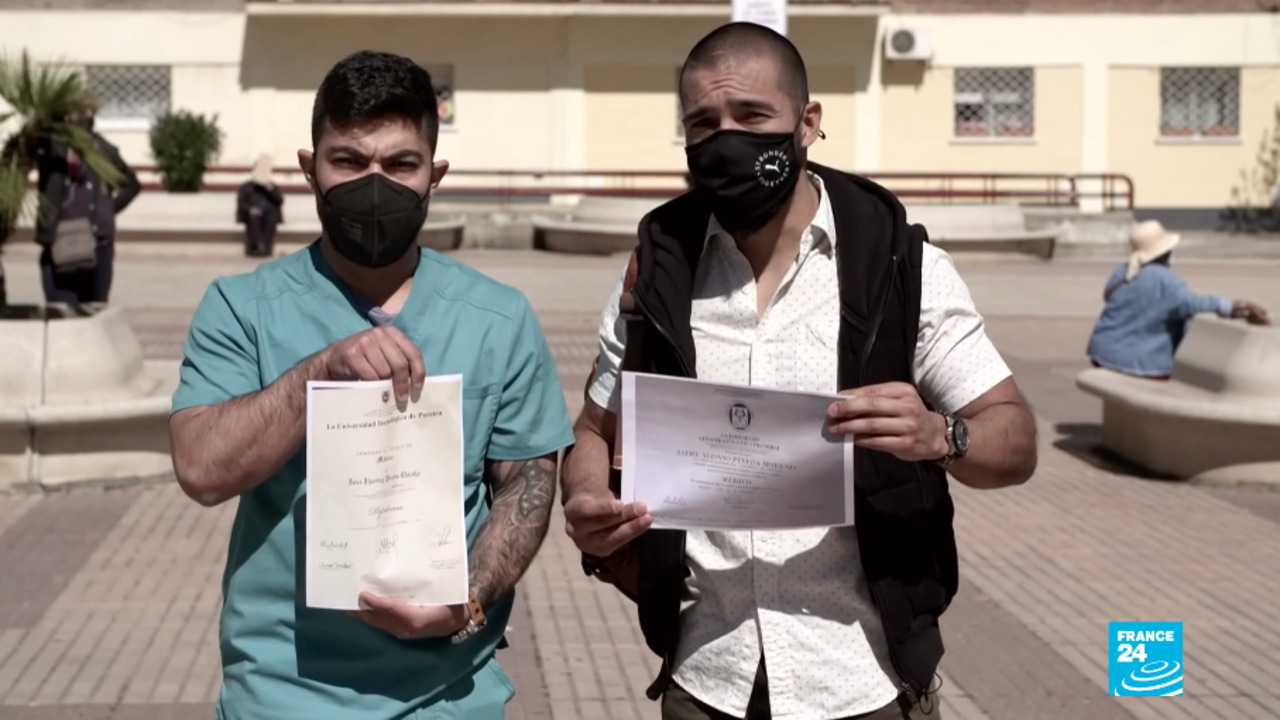 It is a reform that will change the lives of thousands of qualified Latinos in Spain. The Spanish Government is preparing a decree to speed up and digitize the homologation of university degrees for foreigners; when it is identified that one out of every four migrant citizens in Spain, and who comes from countries outside the European Union, has a degree.

Rafael Andrés Pérez López holds a civil engineering diploma in Chile. Since he arrived in Spain, he cannot practice his profession. He began the procedures ten months ago, but believes that the wait will be extended. “From here to two years is my horizon,” he explains considering the testimonies of other people who have done the same procedure and who waited up to three years.

Rafael found an alternative job as a delivery man while waiting for the homologation of his Chilean diploma. “I have no choice but to take whatever comes out of me,” he says.

Currently there are thousands of doctors, lawyers, dentists, architects who cannot practice their profession: there are 15,000 procedures on the waiting list.

Jaime Alonso Pineda Moreno and José Jhazing Peada Clavijo are founders and members of the Association of Colombian Doctors in Spain. Both complain about the exhausting paperwork.

The pandemic has exposed the problem. In the worst moments, the autonomies wanted to hire experienced health workers in their countries of origin but could not practice due to lack of approval. The government granted some a special permit to practice for one year.

But many like José and Jaime were only able to work as volunteers. The situation seems unfair to them. José explains that “at the peak of the pandemic they had labor at zero cost and after that there was no benefit for us.”

Faced with this problem, the Ministry of Universities is preparing a decree, a more operational evaluation mechanism to end the delays. The process will go from taking around two years to six months.

Currently, the procedures are done with certified mail, which lengthens the procedure. That will change, says the socialist senator José Aurelio Aguilar Román, spokesman for Universities: “Communications will be telematic. There will no longer be communications by ordinary mail. In addition, applicants will also be able to access their file and know in what situation it is. In this way, at all times they will have information on how their file is and what time it has left to resolve it. “

With this reform, the Government expects a “pull effect” from professionals who have been trained abroad. Universities intend to have this new system approved by the end of this year.

Oil falls as fears of the Corona wave in India increase