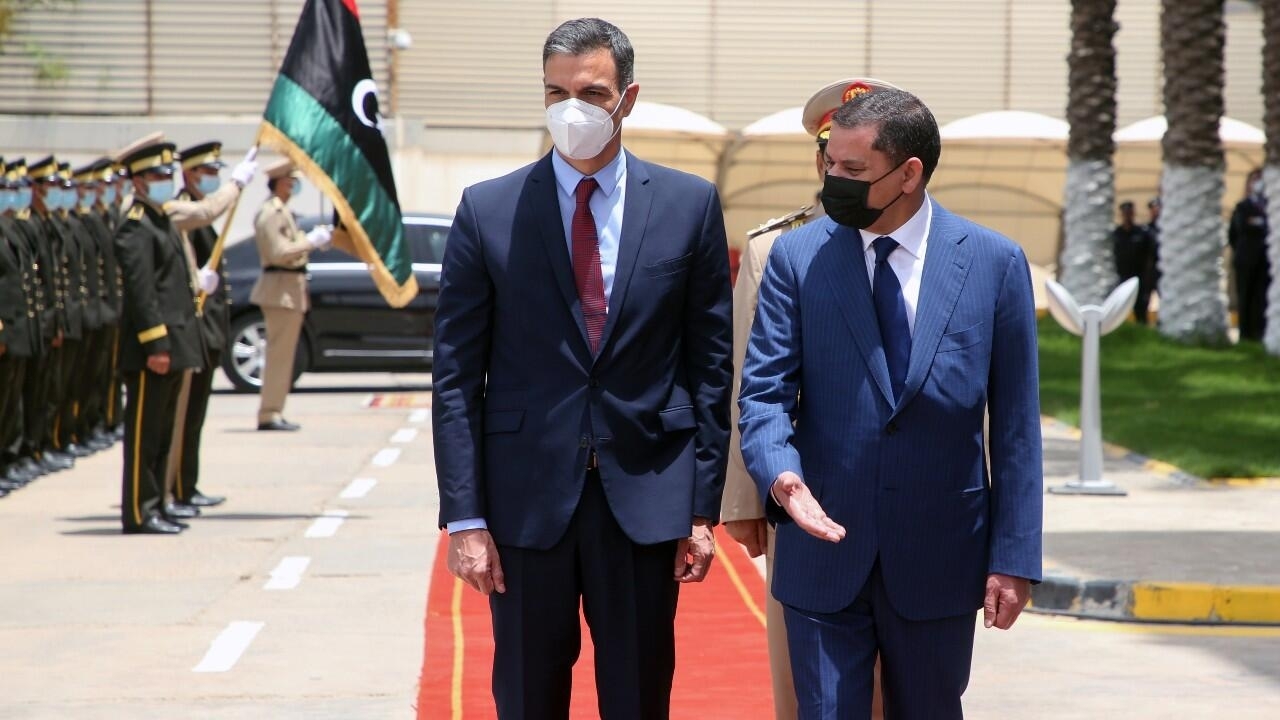 In a whirlwind visit, the President of the Government of Spain, Pedro Sánchez, arrived in Libya to put into operation the Spanish diplomatic headquarters in Tripoli, which had closed in 2014. The trip takes place in the middle of the migration crisis with Morocco, after thousands of migrants will cross into Spanish territory in Ceuta.

Pedro Sánchez, President of the Spanish Government, arrived in Libya with a diplomatic mission, but also with economic interests. Upon his arrival, he met with the Libyan Prime Minister, Abdulhamid Dbeibeh, and shortly after he met with businessmen from the country with a clear objective: to address cooperation and the role of Spanish companies in the reconstruction and development of Libya.

“Spain wants to be next to Libya. It is time for peace, for the people of Libya to have what they deserve: security, well-being and prosperity. Spain wants to support the election process. Today we reopen our embassy. We will be the only country, with Italy, that will issue Schengen visas ”, explained Sánchez after his meeting with the Libyan prime minister.

During the opening ceremony, it was learned that Spain will make a dozen military personnel and State Security Forces and Bodies available to the UN to participate in the political mission approved by the Security Council to supervise the ceasefire in Libyan territory.

In addition, he promised 50,000 euros for demining tasks and another 100,000 euros to support the process of holding elections scheduled for December 24.

A visit with economic objectives

The Spanish Government seeks to strengthen Spanish companies on the new path of Libya. Among them, Repsol, a company that has several oil wells in Libya and that has already recovered volumes of crude extraction similar to those recorded before the war.

Although the conflict in Libya is still alive, its economy is currently growing at a rate of 115%. That is why the country has become a hornet’s nest of companies erecting new buildings, rebuilding others, and giving a new face to a war-torn Tripoli.

This economic revival, together with the fact that Libya is among the 10 countries with the most oil reserves in the world, makes the North African nation an appetizing destination for Spanish investments.

Migration agreements in crisis with Morocco

Sánchez’s visit to Libya occurs in the midst of the diplomatic conflict between Morocco and Spain, escalated especially as Morocco lifted the restrictions to enter Spain and caused the arrival of a wave of migrants to European territory, which the Spanish security forces they decided to reject, sometimes with harsh violence.

And it is that the European Union, and Spain in particular, has several agreements with countries such as Turkey, Morocco and Libya itself so that the police and the army of these third countries prevent the arrival of migrants to Europe.

Precisely for this reason, many see Sánchez’s gesture as an attempt to secure relations with Libya, a country that is home to some 800,000 migrants, according to the International Organization for Migration, and to prevent the country from becoming another gateway.