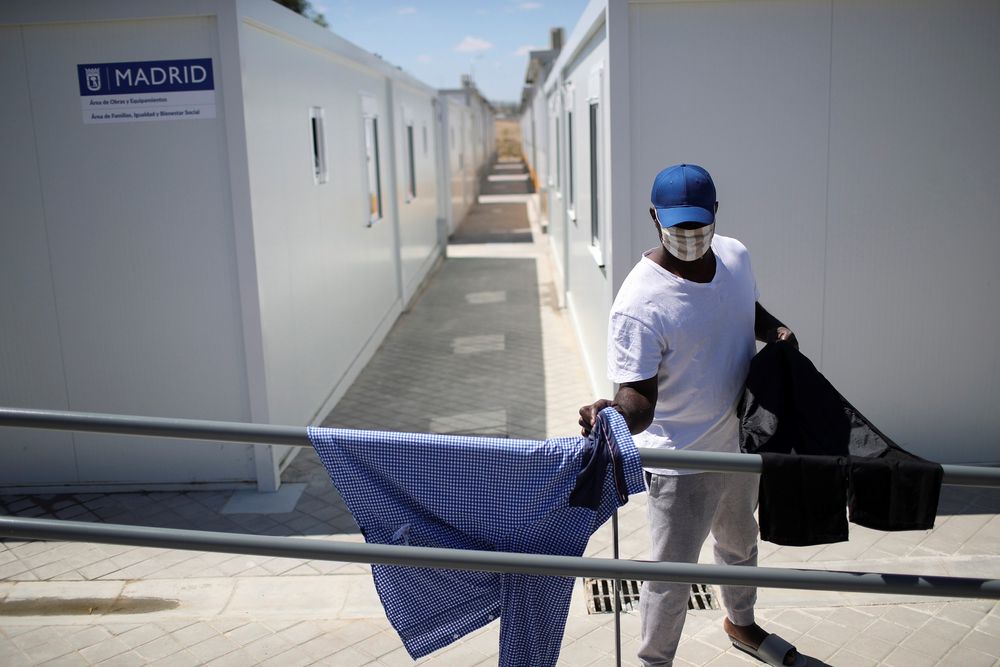 Spain only granted international protection to 5,700 people in 2020, a figure that does not reach 5% of the 114,919 asylum applications studied. These figures once again push Spain to the bottom of the European Union countries in terms of recognition of asylum applications. In the last report published this Thursday by the Spanish Commission for Refugee Aid (CEAR), it is detailed how the figures place the country below other nations such as France (22%), Belgium (35%), Germany (44%) or Italy (23%) in favorable resolutions. The first five nationalities that arrive in Spain requesting protection are Latin American, especially from the first two countries in number, Venezuela and Colombia. People who come from the latter country accumulate more than half of the refusals made.

Despite the decrease in asylum requests caused by border closures during the first wave of the pandemic, Spain remained in 2020 as one of the EU countries that received the most applications (88,762), along with France (93,470) and Germany (121,955), according to data compiled by CEAR. The positively resolved requests are not, however, so bulky. Spain only recognized 4,360 refugee statutes, the maximum protection for people fleeing persecution because of their race, religion or political ideology. It also recognized subsidiary protection for 1,398 people, especially Syrians, Malians and Ukrainians, applicants who have proven reasonable grounds that they run a serious risk if they returned to their countries.

Spain has a peculiarity that explains, in part, why its refugee recognition rate is so low. Unlike the rest of the neighboring countries, which concentrate the largest number of Syrians, Afghans or Sudanese, who flee from declared conflicts, more than 80% of the applicants who request asylum in Spanish territory are Latin Americans to whom the interministerial commission studying their cases does not usually recognize their protection. In the specific case of Venezuelans; Most are denied their application (and it ends up adding to the huge pool of rejected), but instead they are granted a residence and work permit for humanitarian reasons. This permit was obtained by almost 41,000 people in 2020; practically all Venezuelans.

The profile of the applicants, however, does not fully justify that Spain remains behind the EU. When observing the recognition of other nationalities, the data show that the country maintains more restrictive criteria than the rest of its partners. In the case of Syrians, where in most EU countries recognition is around 60% of cases, Spain only recognizes protection to 35% of those who request it, according to a report by the European Office of Asylum Support (EASO). This is one of the lowest rates on the continent, followed by Denmark, which only reaches 36%.

Colombians, the second largest nationality among applicants, are the group that receives the least protection. In 2020, 37,907 applications were rejected out of the 38,683 studied, more than 97% of the total. For CEAR’s legal director, Paloma Favieres, the recognition should be expanded to recognize the situation in the petitioners’ country of origin: “We want to emphasize the persecution of non-state agents… That is, [en] the persecution of people [que] It is not by the State but by various agents such as criminal gangs ”, he points out. On the European continent, people from the South American country only get 2% recognition as asylum seekers, according to EASO.

However, Spain has grown in the number of resolutions to asylum requests in the first instance, something that managed to reduce by more than 20% the 103,000 accumulated requests that were unresolved last year, according to the CEAR analysis. Progress in the study of petitions represents a huge change in “the number of lives pending a decision, since future uncertainties generate serious repercussions on people,” says the NGO. In addition, this places Spain as one of the five countries of the union, along with Germany, France, Greece and Italy, which issued more than four-fifths of all asylum petition resolutions in the first instance in 2020, according to EASO.

The fruits of three decades of innovation

Jineth Bedoya: ‘The partial forgiveness of the State of Colombia is one more slap’