Spain finalizes a system to monitor covid as the common flu 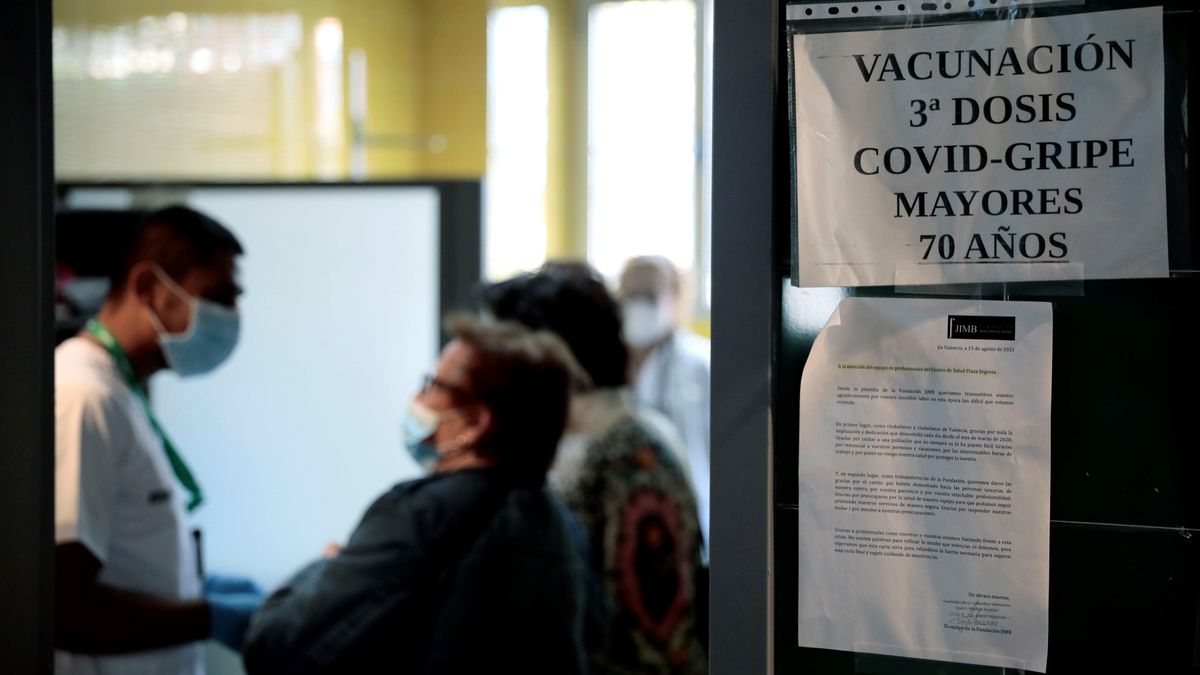 The relationship of humans with the coronavirus is constantly changing. The protocols are becoming more lax and the restrictions also, as more people have had contact with it and that vaccines have protected the majority of the population from suffering a serious disease. The next step will be to start treating covid in a way that is more similar to what is done with the flu: without counting each case, without testing for the slightest symptom. Observe it as one more respiratory disease. The Spanish health authorities have been working on this transition for months and are finalizing a plan to gradually abandon the universal surveillance of the covid and move to one called “sentinel”.

It is the one that has been used for years for the flu. Instead of reporting every case of covid that is detected in the country, something unsustainable in the long term, a group of primary school doctors or health centers, combined with hospitals, will be chosen in a strategic way, to act as witnesses. The aim is to create a statistically significant sample distributed at key points, as is done with surveys, which allows us to calculate how the disease spreads, the mildest and the most serious, but not by means of exhaustive counts, but with extrapolations.

It is a strategy that has been in the works since the summer of 2020. But planning is now entering its final phase. Those responsible for the Center for the Coordination of Health Alerts and Emergencies (CCAES); those of the Alerts Report, where technicians from all the autonomous communities are represented; and those of the National Epidemiology Center (CNE) have several meetings scheduled this week to discuss this change in philosophy: when and how it will be implemented; It is not dated, but is not anticipated before the end of this sixth wave.

“Now, given the enormous transmissibility of covid, it is a very great challenge to strictly comply with the universal surveillance protocols, it is becoming impossible,” explains Amparo Larrauri, head of the surveillance group for influenza and other respiratory viruses at the CNE. In fact, protocols have already begun to relax and tests are no longer required of direct contacts of positives if they do not present symptoms, for example.

“Faced with this new reality, we are working on the transition from universal surveillance to a sentinel of mild acute respiratory infection in primary schools and severe in hospitals. But it cannot be changed overnight. We have international commitments [de notificación de todos los casos] and the sentinel systems must be consolidated ”, says Larrauri.

Much of the work is done. There are five communities that have already started surveillance with this system in a pilot mode in primary schools, and nine in hospitals. “The reporting sentinel points must be chosen in a certain way so that they are representative of the population of the monitored territory, so that following the experience we already have in influenza surveillance, we will be able to know the epidemiological evolution and the circulation characteristics of certain virus with a sample of what is happening. With surveillance systems already in place, we would probably be able to have accurate and higher quality information and what is happening could be prevented ”, Larrauri refers to the collapse of Primary Care and the difficulty in reporting cases that the sixth pandemic wave has produced in Spain.

What will change will be the surveillance system, not the treatment of the disease, which will vary from time to time based on other patterns. In their clinical work, doctors will have to continue treating patients with the protocols and treatments that govern as they become available and depending on the severity of the patients.

The pandemic is not over. The sixth wave has not yet reached its peak and as it progresses it threatens to put hospitals back in trouble: although vaccines and virus mutations make it milder and the individual risk of each person has dropped a lot, in population terms so many cases translate into large absolute numbers of admitted patients. There were 14,426 on Friday, more than at the peak of the fourth and fifth waves; of them, 2,056 were in intensive care, more than in the fifth (2,031), and gradually approaching the figure of the fourth (2,356), when there were still many people in the ICUs from the previous wave.

Adolfo García-Sastre, director of the Institute for Global Health and Emerging Pathogens at Mount Sinai Hospital in New York, believes it is unlikely that SARS-CoV-2 mutations will worsen the situation. Quite the contrary. “The omicron seems more adapted to replicate in the upper respiratory part, to the detriment of the lung, which is what gives rise to serious disease. And given the great transmissibility, there is a higher proportion of people with natural or reinforced immunity, in the case of those vaccinated ”, he assures.

The temptation to compare covid to the flu began early in the pandemic. It was done then to minimize the severity of a new coronavirus that later proved to be much more dangerous. But as it spreads, it adapts to humans and to them, the fatality rate becomes more similar to that of influenza. “The problem is that the number of infections is still much higher, we are in a pandemic for something, so it will cause more problems,” explains García Sastre.

After the sixth wave, this expert sees it unlikely that other worrisome ones will be repeated until next winter, and predicts that it will begin to become seasonal, to create seasonal epidemics. “It seems that the virus is reaching a balance, as it has happened with the flu; for example, the cause of the 1918 pandemic, which initially caused many deaths, but after two or three years it settled as a seasonal virus ”, adds the virologist.

For now, García Sastre is committed to continuing to report all cases, especially to know when they begin to decline. But from there, continue “with caution, but not as much as up to now.” Any prognosis, he warns, has to be taken with caution. Virtually no one anticipated a sixth wave of the magnitude of the one caused by the omicron.

The flu Of the covid, in the opinion of Iván Sanz, head of the National Flu Center in Valladolid, will probably arrive sometime this year: “This is not the time yet, we are in full swing and it could not be justified. But over time the covid has to be normalized and monitored like the rest of respiratory diseases, with primary school sentinel doctors, who diagnose by clinical syndrome; doing PCR on hospitalized patients and continuing with the study of the virus to see how it mutates ”.

This expert recalls that the flu is no joke. And that treating covid like this disease is still taking it seriously. According to the Carlos III Health Institute calculations, in the 2017-2018 season, the flu directly or indirectly caused about 15,000 deaths. It is an average of 41 every day due to a disease that in the last 100 years has not conditioned the lives of citizens.

As the expert in health systems Helena Legido-Quigley said in a recent interview in EL PAÍS, as a society it is time for us to have a debate on how many daily deaths from covid we are willing to assume to return to the routine and turn the page. Or not. Covid, cases drop in Germany and Great Britain. In New York 90 thousand infections, but no closure

Barely 1,200 people demonstrate in Barcelona in favor of secession

An 11-year-old boy is injured by a shark in Ilha Comprida; is the 2nd case in SP in the month – ISTOÉ DINHEIRO