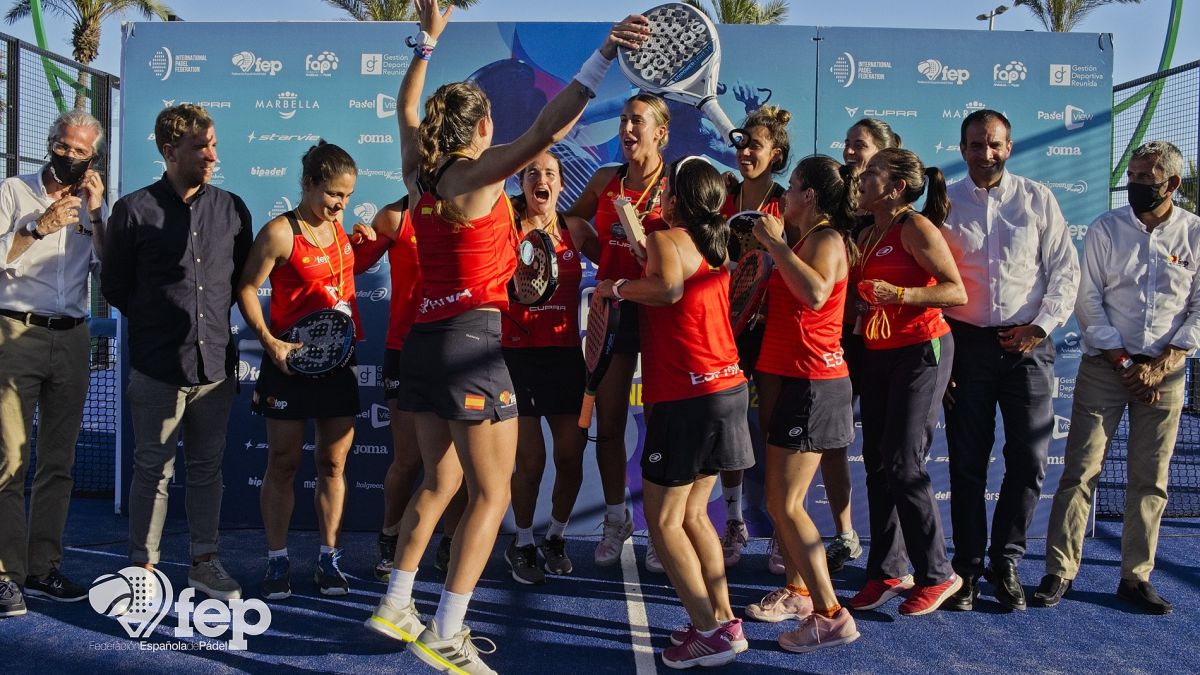 The men’s and women’s teams of Spain were proclaimed this Saturday European padel champions by national teams by winning with solvency in their respective finals against Italy and France, both 2-0, in the competition held in Marbella (Malaga).

Spain, which did not participate in the previous edition of the International Federation tournament by playing in 2019 another sponsored by the European Padel Association, he achieved his tenth title in both categories in the XII European Championship for teams and open pairs, with more than 400 participants from sixteen countries.

The Spanish men’s team dethroned Italy, champion two years ago in Rome, He again demonstrated the level of national padel with two victories achieved, the first of them achieved by the duo formed by the young man from Madrid Jorge ‘Coki’ Nieto and the Malaga player Álex Ruiz.

Both did not give the Italians Bruno Michele and Daniele Cattaneo options, and they put the final on track in the best of three games with the first point for Spain in a match of clear Spanish superiority (6-3 and 6-1).

Spain finished closing the victory in the Marbella center court with the second and final point thanks to the quality and experience of the tandem made up of the Sevillian Paquito Navarro and the Spanish-Argentine Juan Martín Díaz, which was a steamroller for his rivals Lorenzo Di Giovanni and Riccardo Sinicropi (6-1 and 6-2).

Paquito Navarro, one of the favorites in this tournament, was crowned by forming a couple with a padel historian like Juan Martín Díaz, Fernando Belasteguín’s former partner and who, at 45, continues to achieve success.

The winning impulse was continued by the Spanish women’s team, who regained the European throne against France, champion in 2019, with the victories of the couples made up of Bea González from Malaga and Lucía Sainz from Barcelona, ​​and Marta Ortega from Madrid and Tamara Icardo from Valencia.