Spain does not register deaths of the elderly due to covid in residences in the last week, the first time in 2021 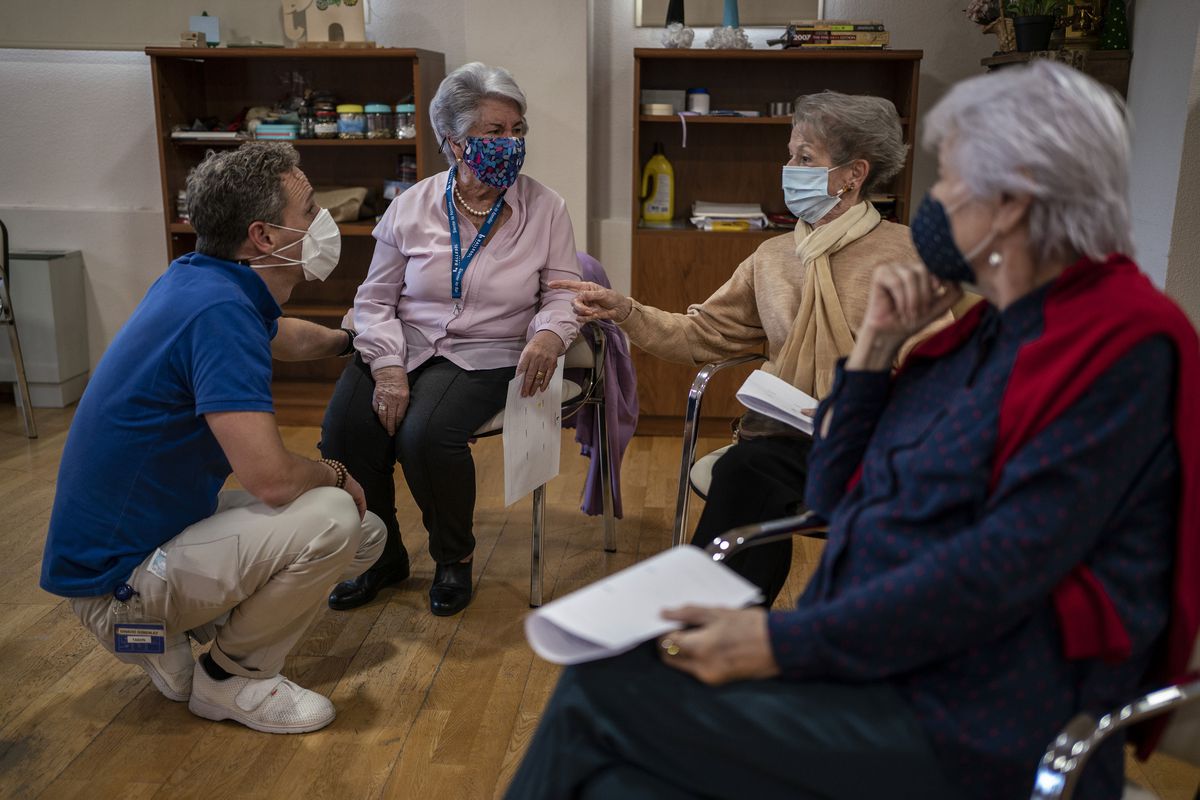 In the week of July 5 to 11, for the first time in all of 2021, Spain did not register any deaths in nursing homes for covid-19. The report published every Friday by the Institute for the Elderly and Social Services (Imserso), with data provided by the autonomous communities, has been reporting low figures for weeks, as a result of vaccination in these centers, the first to receive injections, but until now the most expected data has never been achieved in these establishments, so hit during the health crisis: zero. The report also includes 124 infections for the same week, which ended with a cumulative incidence of 316.17 cases per 100,000 inhabitants in the last 14 days. The number of infections represents an increase of 94% compared to the previous week (from June 28 to July 4).

Nursing homes were one of the great focuses of the pandemic. Since the virus began to spread in March 2020, 29,646 people living in these centers have died, with a confirmed diagnosis of covid-19 or with compatible symptoms (more than 10,000 died without being tested, during what worst of the health crisis, when they were not available). But the reality in these centers has radically changed as a result of the vaccination campaign. At the beginning of March, as the effects of immunization began to be felt and the decline of the third wave began in the country, deaths in residences plummeted. And since then, the figure has remained low. So far this year, 3,837 people have died in these centers, the vast majority in January and February.

The vast majority of the more than 300,000 seniors who live in residences are vaccinated, but punctures are not infallible. This is the most vulnerable population, by age and because most have various pathologies, and their immune response is not as strong as in other age groups.

Data on these centers was one of the big problems during the worst of the health emergency. Each autonomous community collected them in one way and they were difficult to homogenize. The Imserso, which depends on the Ministry of Social Rights, reports every Friday, since last March (although the count was included since January), the figures for the previous week, and specifies that it is updating and refining them, in case there is a delay in notification.

With the end of the vaccination process in the more than 5,000 residences in the country, deaths plummeted. If at the beginning of January, when the third wave hit hard and the immunization campaign had not yet been completed, the weekly deaths numbered in the hundreds, since last March 29 they have never risen from 11. It is impossible, however, to monitor data from 2020, neither during that spring when all the alarms went off when the virus had already crept into many centers and in the most saturated autonomies the hospital referral of patients from residences was restricted, nor during the summer , when the accumulated incidence in the country collapsed after months of confinement.

The infections presently present a somewhat different behavior. The number of infected residents also dropped dramatically in the centers as a result of the immunization campaign, and when the third wave began to subside. But right now they are on the rise, as is the incidence of covid in the country as a whole. From June 14 to 20, 24 infections were reported. From July 5 to 11, 124. Experts emphasize that the vaccine does not prevent infection, although it does minimize its effects, in most cases mild or asymptomatic. Since the start of the health crisis, more than 89,000 seniors living in nursing homes have tested positive for a diagnostic test. Fortunately, the vaccine changed everything: it has prevented many hospitalizations and deaths.