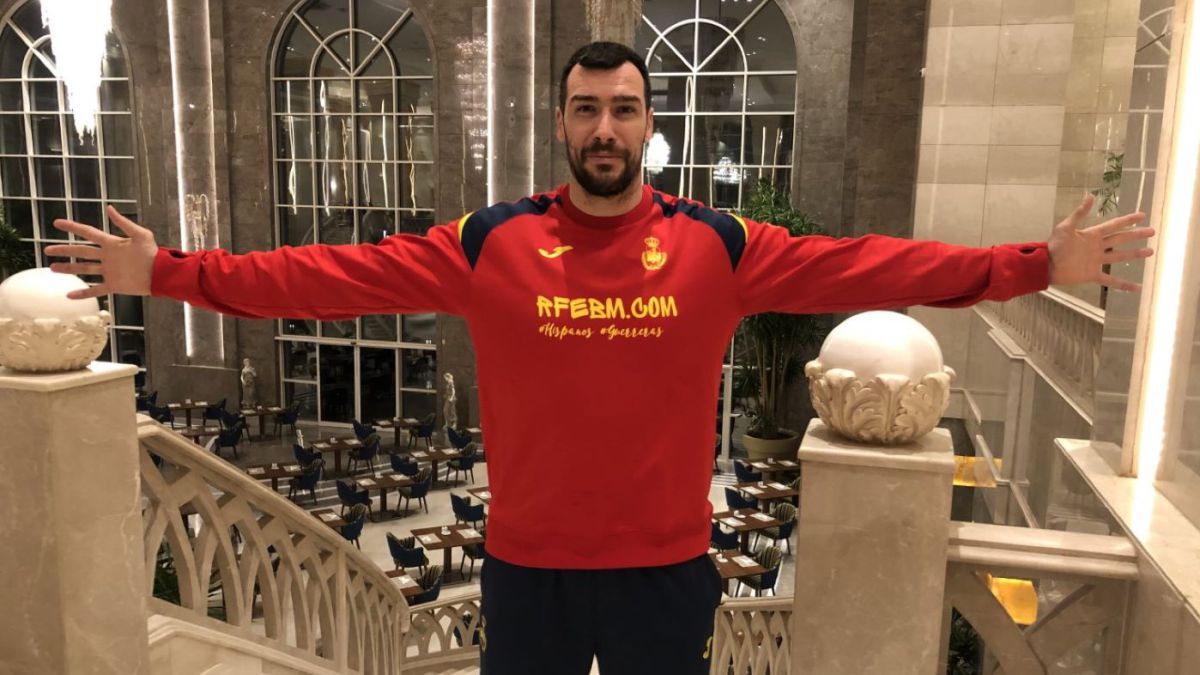 The blur of the first match against Brazil (tie) has triggered a series of consecutive finals for Spain in that fight to enter the quarterfinals. Today is Germany (20:30, Teledeporte), on the verge of elimination if it does not win, almost as Tunisia was on Tuesday. For the last two European champion teams (Germany in 2016 and Spain in 2018 and 2020) tonight’s is a high-voltage clash.

“We know that a victory today is definitive for qualifying for the quarterfinals, and we would remove a direct rival”, warns Joan Cañellas, who defended Hamburg and Kiel.

Gideon Guardiola He is the only one of the Hispanics who plays in the German championship, the axis of the Spanish defense of which the German coach, Alfred Gislason, highlights that “In recent years it is the most effective in all the championships.” “This Germany is different from the one we know in the National Team, because it has many voluntary absences of important men; on the one hand it weakens it and on the other it has in its favor the surprise factor that complicates when playing against it ”, points out the Alicante, now in the ranks of Lemgo after years of success at the Rhein Neckar Lowen.

“They are going to make it very difficult for us, because they are a large and powerful team, also with goalkeepers who take up a lot of space, although Heinevetter is jumping. I know all of them well, so with the information from the coaches and mine, I hope they don’t surprise us ”, ensures the Spanish defensive pivot, aware that the Spanish options will depend to a large extent on his performance, which presents a positive balance against the Teutons: 34 wins by 25 losses and five draws.

Bitter, the German goalkeeper, said yesterday that “Losing against Hungary puts us under the obligation to beat Spain, a complicated task that Germany cannot give up knowing what kind of rival plays tonight”.

For Gislason, which announces changes in the team compared to those who lost to Hungary, has no problem in classifying Spain as a team “in which the veterans know at all times how to face the game; his reading of the game is always correct ”, says Alfred Gilason, an Icelander who as a player played two seasons at Bidasoa in Irún in the golden age with which he won a Copa del Rey.

“We have to think about our game, about the defense giving us those counterattack balls again, which make a difference,” says Guardiola, who has no qualms about remembering which players “Like Pekeler or Wiencek, who were the center of the German defense, they would be noticed in any team; but it is a country with many players to choose from ”.

In addition, Spaniards and Germans close the day, and they will already know the results of Poland (against Uruguay) and Brazil-Hungary. And if the Magyars win, the clash is final for the Germans, who would only be able to win.

Johnny Depp: fans collect signatures for him to return to Pirates of the Caribbean

My Hero Academia: This is what Hawks would look like in the CGI movie | EarthGamer

Parliament Parliament will vote on the government’s trust today, a live broadcast at 2 p.m.