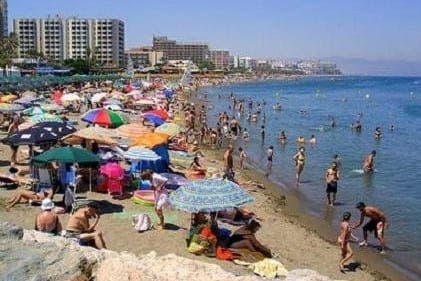 EUROPEAN leaders, including Spain’s Minister of Industry, Trade and Tourism, have given support to introduce a ‘vaccination certificate’ with the aim of recovering the tourism sector.

The certificate would facilitate the movement of travelers and with it reactivate tourism.

Spain’s Tourism Minister, Reyes Maroto has announced that the country’s government is working to introduce a ‘vaccination certificate’, which will have the same functions as the ones set to be launched by other EU countries such as Denmark and Greece and backed by the European Union Commission President, Ursula von der Leyen.

According to Maroto, Spain aims not only to ‘combat the virus’ but also to achieve ‘the recovery and maintain Spain’s leadership in terms of tourism competitiveness.’

Since the COVID-19 outbreak, Spain’s tourism sector has faced a 75% drop in revenues, in August figures already showed losses of up to € 8.2 billion

The World Health Organization’s (WHO) Emergency Committee has, however opposed the plan of creating ‘vaccination passports’ as, according to a WHO spokesperson “the impact of vaccines on reducing transmission is not yet known and current vaccine availability is too limited.”

Furthermore, the WHO’s Emergency Committee stated that ‘being vaccinated should not exempt international travelers from complying with other travel risk reduction measures.’

EU countries such as France, are also reluctant to implement this vaccination passport because of the discrimination it may create between immunized and non-immunized citizens.

Behind Western Alliance’s $1 billion bet on a mortgage lender

At what point did ‘Lolita’ stop being the story of an obsession to become a romance?

Sote | Online news: Only less than a quarter would like to transfer sote services to the provinces