Spain: a teacher dies of a stroke after receiving the AstraZeneca vaccine 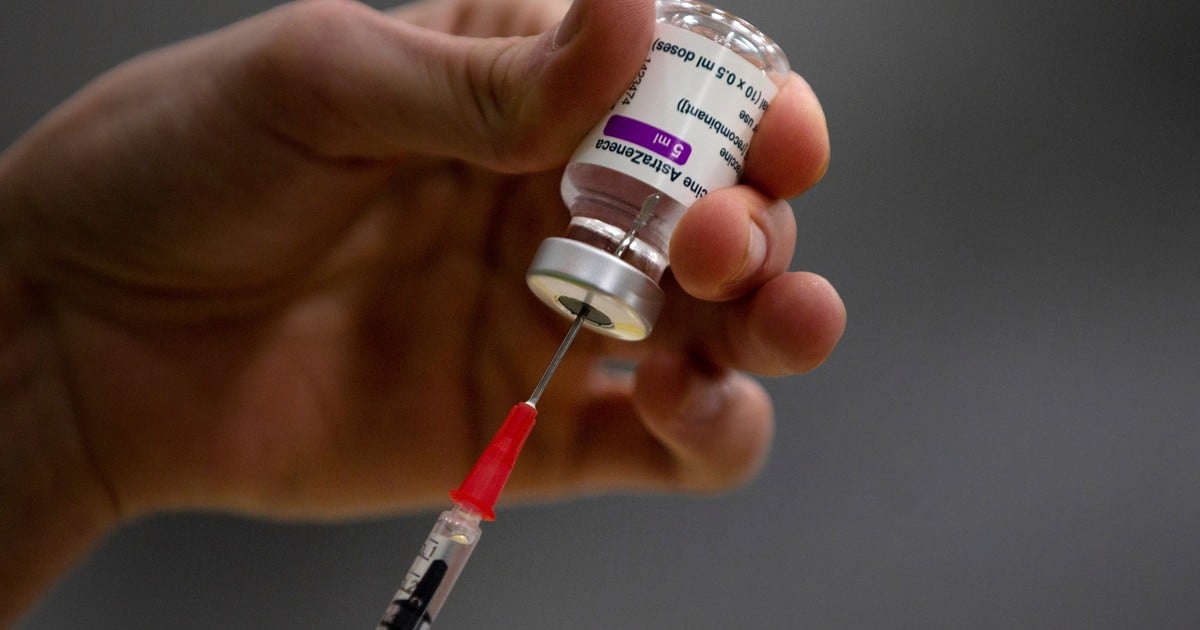 Pilar González Bres He was 43 years old, two daughters, a passion for mathematics and all the enthusiasm for the dose of AstraZeneca that was applied on March 3, two weeks before the stroke that caused his death on Tuesday and that will be investigated by alleged link with the Covid vaccine you received.

His death occurred just 24 hours after Spain suspended, at least for 15 days, vaccination against the coronavirus with AstraZeneca.

But while the World Health Organization (WHO) continues to affirm that “there is no reason not to use this vaccine”, Spain, Italy, Germany, France, Portugal, Denmark, Iceland, Norway, Sweden, Ireland, Holland and Bulgaria have already paralyzed their vaccination campaigns with that Oxford serum.

The Spanish Ministry of Health will study Pilar’s death to see whether or not there is a link with the vaccine.

The AstraZeneca drug, in the eye of the storm. Photo: AP

Your case joins others two severe adverse reactions in those who received the same vaccine and who were registered by the Spanish Pharmacovigilance System coordinated by the Medicines Agency: a person who after the puncture presented a venous thrombosis abdominal and another who developed a thrombosis in the venous sinuses of the brain.

“The three cases have the particularity that thrombotic events have been associated with a decrease of the number of platelets in blood”, They say from the Ministry of Health.

And they add: “This fact may suggest an abnormal activation of the coagulation system that would be associated with this formation of clots in locations that they are not the most common”.

Spain vaccinated, for now, almost one million people with AstraZeneca.

“We will miss her”

Pilar was a teacher at the Guadalpín Institute of Secondary Education (IES) in Marbella, in Andalusia, and she was vaccinated, along with her teaching colleagues, with the serenity of those who does not suffer from any disease nor previous health alteration.

However, within hours of being vaccinated, he went to the emergency department of a private center for severe headaches He began to feel, a symptom that doctors attributed to a minor side effect of the vaccination.

Pilar continued teaching even though she felt badly. After ten days he returned to the hospital and they even made him a computed tomography which, apparently, did not detect any anomaly.

On March 13 he returned to the Guard and only then was the massive bleeding from which she underwent emergency surgery and from which she could not recover. Pilar died Tuesday afternoon. This Wednesday an autopsy will be carried out on his body.

According to the Spanish press, a teacher colleague of Pilar said in a school group chat: “I do not intend to alarm, but I want it to be known. I don’t want the news to be an isolated case of little importance. “

“It’s bleak and, after that, worrying. Practically all the teachers in the town and the state security forces have been vaccinated with doses from the same batch, ”said the school principal, Fernando Vázquez.

This Wednesday, at ten in the morning, students and teachers did a minute of silence to remember Pilar.

“We will miss both his affectionate treatment and his personal and professional worth”, was the message of the Guadalpín Institute on its social networks.

At the entrance of the school, an improvised altar with an easel covered by a black cloth and a small sign with Pilar’s name promised her that she would rest in peace. At the foot of the easel, his students placed a vase of tulips and evergreens.