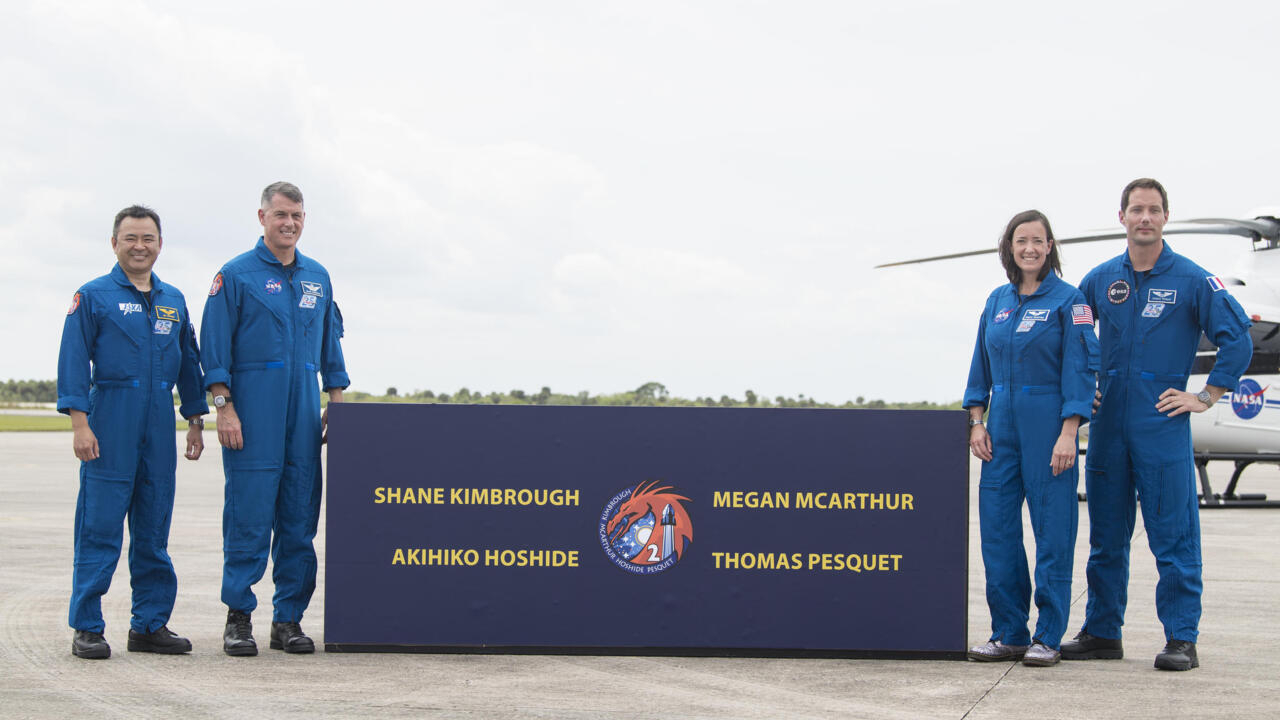 The trip to the International Space Station was supposed to take off on Thursday 22, but weather conditions forced it to be postponed for the next day. The French Thomas Pesquet, the Japanese Akihiko Hoshide and the Americans Shane Kimbrough and Megan McArthur are the members of the team baptized as Crew-2, which will carry out dozens of investigations in orbit.

One more day of waiting at the John F. Kennedy Space Center, in Florida, United States. The US space agency announced that the mission carried out hand in hand with the private SpaceX will not take off on Thursday, April 22, according to schedule, but on Friday at 5:49 am, local time.

“Even if conditions around the launch site were to be favorable for takeoff, crews must still take into account conditions along the flight path,” NASA explained in a statement Wednesday.

The agency “foresees a 90% probability of favorable weather conditions” for takeoff and the weather should “improve” on the route of the flight path. Faced with takeoff, the wind continues to be “the main meteorological concern” for the agency.

The trip made by the public-private partnership NASA / SpaceX is the twelfth to the International Space Station since the United States resumed manned flights. In addition, it is the first with a European on board: the Frenchman Thomas Pesquet.

Also on the team, dubbed Crew-2, are the Japanese Akihiko Hoshide and the Americans Shane Kimbrough and Megan McArthur.

Astronauts will conduct numerous scientific investigations aboard the International Space Station. Among others, they will examine the effects of weightlessness on brain organoids (mini-brains created in the laboratory).

In addition, the mission aims to install a new solar power system for the Station by means of new compact panels that unfold like a gigantic yoga mat.