SpaceX has assembled the tallest rocket in history Starship 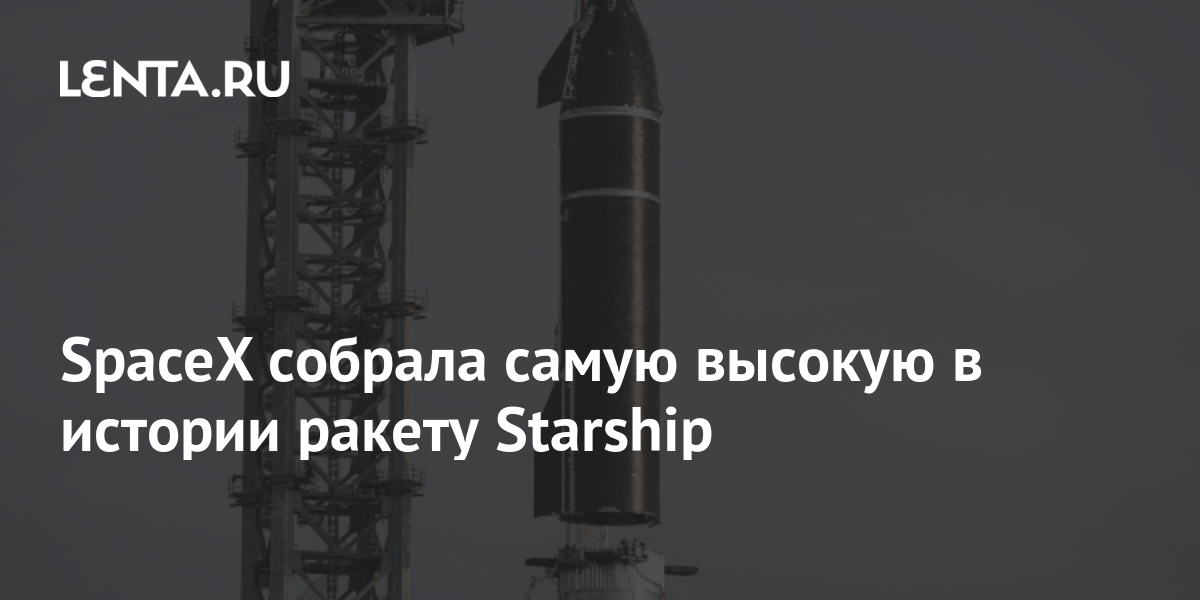 The rocket was assembled at the SpaceX launch site in Boca Chica (Texas).

Currently, Ship 20 has been removed from Booster 4. SpaceX plans to conduct separate tests of these stages, after which joint tests. The company does not exclude that a combination of Booster 4 and Ship 20 can make a joint flight, which will require permission from the US Federal Aviation Administration.

In August, the company assembled the Booster 4 with 29 Raptor engines. “This is a massive rocket about 70 meters high and 9 meters in diameter. Its thrust is about twice that of the Saturn V rocket, which launched NASA astronauts to the moon, ”the newspaper writes.

In July, SpaceX announced that it had built its 100th Raptor engine.

In February 2019, the head of SpaceX, Elon Musk, showed the results of testing the Raptor engine, stating that this power unit surpassed the Russian RD-180 rocket engine in terms of the pressure in the combustion chamber. To this, Pyotr Lyovochkin, chief designer of the Energomash Scientific and Production Association (NPO), noted that for methane engines, which the Raptor belongs to, “such a pressure level in the combustion chamber is not something outstanding”.