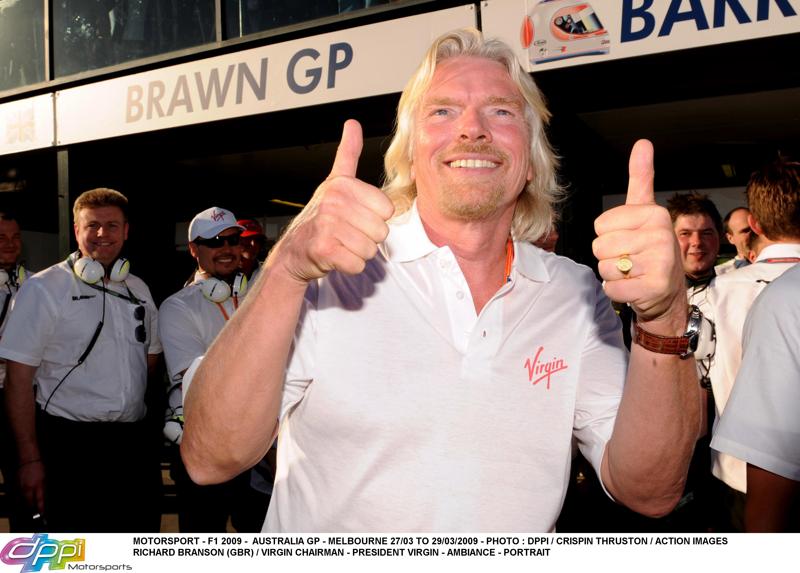 The challenge between British Richard Branson’s Virgin Galactic and the Blue Origin of Amazon’s billionaire founder Jeff Bezos officially kicks off to bring the first tourists to space travel. Branson will open the dance, on Sunday 11 July he will go aboard in person inside the SpaceShipTwo Unity, “barring complications regarding the meteorological and technical controls”, reads a note from the company. The billionaire’s goal is to test, without filters or mediations, the experience of the “private” astronaut.

A ‘mission’, that of the Virgin patron, which anticipates the launch scheduled by Bezos by nine days who, after leaving the guide of Amazon, decided to devote himself to other projects including that of bringing wealthy passengers to float for a few minutes , in space, in the absence of gravity and very far from the Earth. A direct competition therefore opens up between these two very different companies, both for the path of their respective founders and the equipment used.

Everything you need to know about Branson’s Virgin Galactic

– VIRGIN GALACTIC: It was created in 2004 by the British Richard Branson, also founder of the Virgin group, which includes an airline and activities ranging from fitness to telecommunications. Branson, an eccentric 70-year-old billionaire, loves to cultivate the image of an adventurer. In recent years he has multiplied his parasports exploits, including crossing the Atlantic in a balloon or the English Channel with an amphibious car. To bring tourists into space, Virgin Galactic has developed a craft that does not resemble a classic rocket.

It is a spaceship that is first docked under a transport plane, takes off from a traditional runway and gains altitude for about an hour. After reaching an altitude of 15 kilometers, the SpaceShipTwo spacecraft is detached. At that moment he turns on his engine for a supersonic ascent up to over 80 km of altitude, which is the border point with space for the United States. The engine is then stopped and the passengers can float in the absence of gravity up to a maximum of 90 km. To descend, the spacecraft glides until landing. SpaceShipTwo can accommodate two pilots and up to six passengers. The cabin contains 12 portholes and 16 cameras. During a test in 2014, the spacecraft broke in flight due to a pilot error, killing one of the pilots.

A new specimen, called VSS Unity, has already reached space three times, in 2018 and 2019, departing from California, and last May from New Mexico. In 2019 he also transported a passenger, an employee of the company. Virgin Galactic expects to start regular commercial operations in early 2022, with the goal of 400 flights per year, departing from Spaceport America, its base in New Mexico. At the moment about 600 tickets have been sold, including to Hollywood celebrities, with a price between 200 and 250 thousand dollars. When the next tickets go on sale, the company has already warned that the cost will be higher. In addition, various scientific experiments are planned that will reproduce terrestrial experiences in space.

Everything you need to know about Bezos’ Blue Origin

BLUE ORIGIN: Blue Origin was launched in 2000 by Jeff Bezos, 57, the richest man in the world who built his heritage by focusing on the new economy, in particular with the creation of Amazon. In the case of Blue Origin, the reusable New Shepard rocket, which takes off in vertical mode, will take tourists into space. It consists of a launcher about 16 meters high and, at its top, a semi-oval-shaped capsule. It accelerates beyond Mach 3, which is a speed three times greater than the force of Earth’s gravity. At about 75 km of altitude, the capsule detaches to continue its trajectory, up to over 100 km, or the Karman line, which marks the beginning of space according to the international convention. Passengers will have the opportunity to detach to float after which the capsule will start a free fall to return to Earth, slowed by parachutes and rear rockets.

The whole journey will last only 11 minutes and at the end the launcher will automatically return not far from the starting point. The ultra-modern capsule contains six seats and six very large windows. The rocket has already carried out 15 test flights, but so far never with humans on board. The launches were carried out from the town of Van Horn, in West Texas. At the moment Blue Origin has not announced the start date of its commercial operations or the price of the ticket.

For the flight on July 20, only one seat was sold at auction: the mysterious winner, whose identity was not revealed, paid 28 million dollars. It is known, however, that on board, in addition to Bezos himself, there will be his brother Mark, and Wally Funk, the 82-year-old legendary aviator who was denied permission to become an astronaut because she is a woman and who is now taking her revenge. Blue Origin will also carry out scientific missions to bring terrestrial experiences into space.