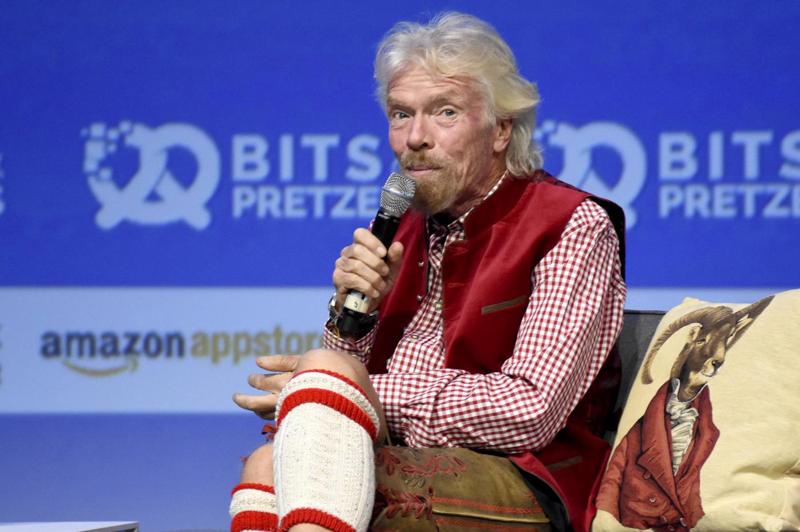 British billionaire Richard Branson plans to travel to space on July 11 aboard a Virgin Galactic spacecraft. This was announced by the company in a statement. If the schedule is adhered to, Branson will reach space before Amazon founder Jeff Bezos, who said he will travel into space aboard a spaceship of his company Blue Origin on July 20.

“The window for the next SpaceShipTwo Unity test flight opens on July 11, pending weather and technical checks,” Virgin Galactic company said in a statement. Branson “will evaluate the experience of the private astronaut and undergo the same training, preparation and flight as future Virgin Galactic astronauts. The company will use his observations on his training and flight experience to improve the journey of all future astronaut customers, “explains the note.

The flight will also be broadcast live online by the company, which will not use a classic rocket that brings the spacecraft up, but a transport plane that takes off from a runway and then leaves the spaceship hanging under it, which ignites its engines until it reaches space and then begins the descent. Two pilots will be aboard the carrier aircraft and four people, including Richard Branson, in the spacecraft called VSS Unity.

“I really believe that space belongs to all of us,” said the billionaire, the statement continues. “After 16 years of research, engineering and testing, Virgin Galactic is at the forefront of a new commercial space industry, which must open up space for humanity”, he added. Subsequently, two additional tests are planned before regular commercial flights begin in 2022, Virgin Galactic announced.