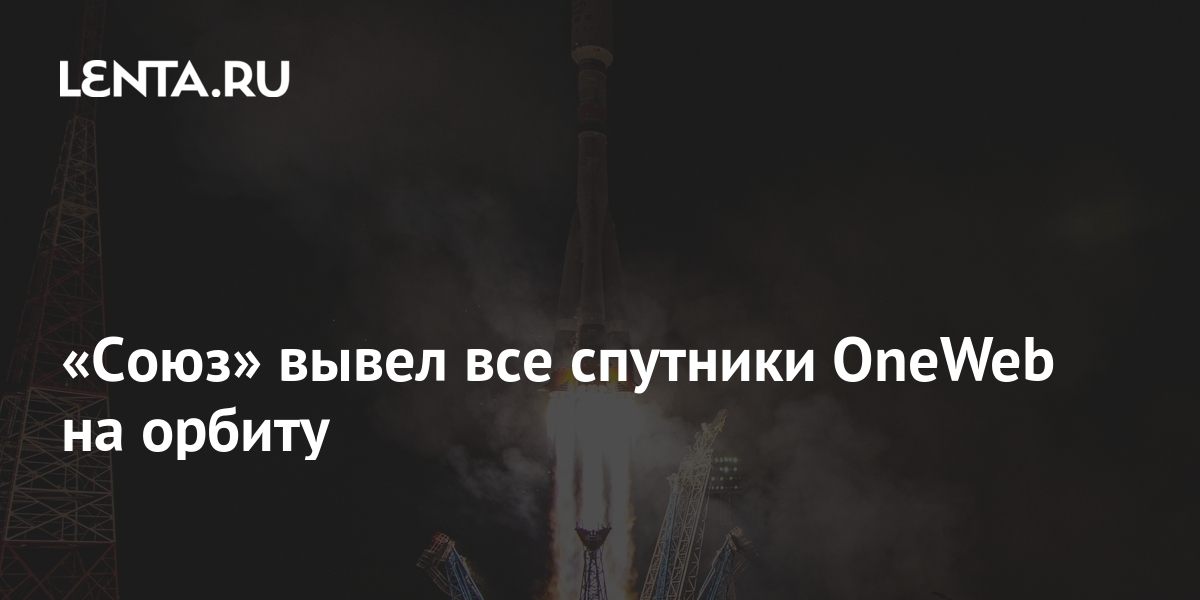 The Russian Soyuz-2.1b launch vehicle has successfully launched all 34 satellites of the British communications system OneWeb into orbit. This is reported by “Roskosmos” in its Twitter account.

China has broken records of the USSR in astronautics. Will he be able to become the main one in space?

How SpaceX Elon Musk creates the most powerful rocket in history

The transportation of spacecraft in orbit by the Fregat upper stage took 3 hours and 45 minutes. During this time, the upper stage made 10 maneuvers, separating nine groups of satellites.

Now the orbital constellation for the global provision of terrestrial consumers with high-speed Internet OneWeb has grown to 288 satellites. All 648 devices are expected to be operational by June 2022.

Earlier it was reported that the state commission, following the meeting at the Baikonur cosmodrome, gave permission to launch the Soyuz-2.1b rocket. The decision was made after the identified malfunction was eliminated.