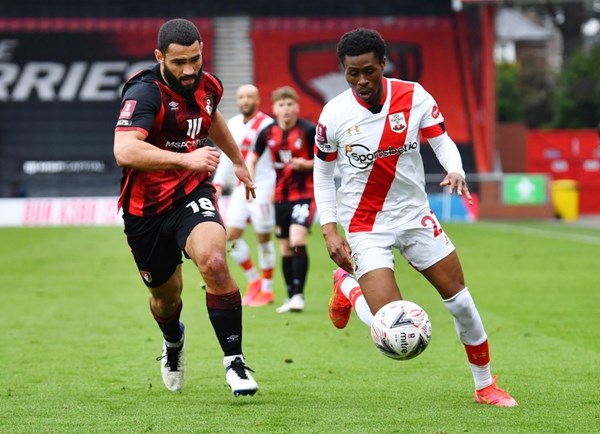 Southampton climbed to the semi-finals of the FA Cup, by beating Bournemouth 3-0 on Saturday, in the opening round of the quarter-finals.
Southampton opened the scoring with a goal scored by Moses Djenibo in the 37th minute, and Natan Redmond added the team’s second goal in the final seconds of the first half.
In the second half, Redmond scored his second goal and the third for Southampton in the 59th minute, to express the team’s merit to the golden box.

Football Alphonso Davies rose from a refugee camp to win the Champions League, in Tiktok he gives a foretaste of his future dream