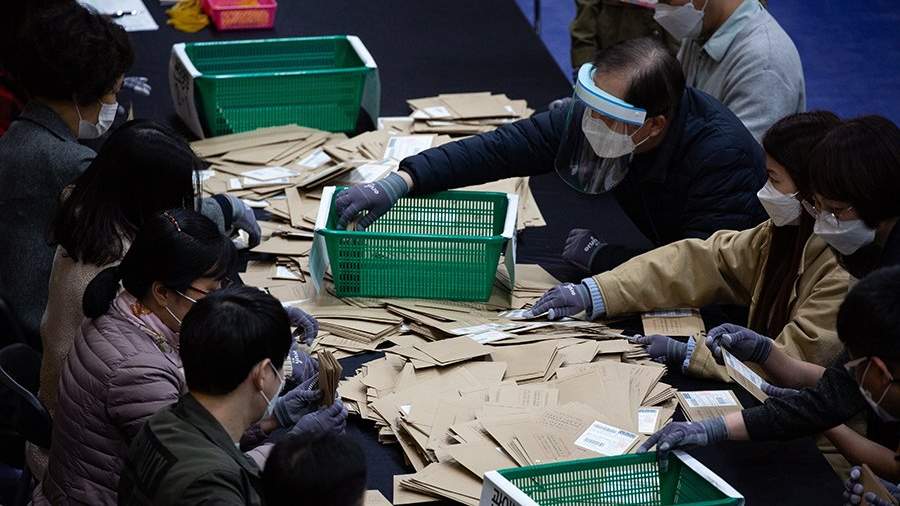 Opposition Civic Force candidates Oh Se Hoon and Park Hyun Joong won by a significant margin the early mayoral elections in the South Korean cities of Seoul and Busan. This is evidenced by the data of the election commission after counting 100% of the votes, the agency reports on Thursday, April 8. Renhab…

Metropolitan race winner Oh Se Hoon won 57% of the vote on a 58.2% turnout in Seoul, well ahead of his rival candidate from the ruling Toburo Democratic Party Park Yong-sung, with 39.1% of the vote.
The post of the head of Busan was also taken by the opposition candidate Park Hyun Chung, who was voted for by 62.67% of the townspeople who took part in the early elections. Representative of the ruling party, Kim Yong Chun, significantly lagged behind him, gaining 34.42%. In this city, the turnout was 52.7%.

Early elections for mayors of the two largest metropolitan areas in the Republic of Korea were set after their heads, members of the ruling party, were accused of sexual harassment. At the same time, the head of the Seoul administration, Park Won Sung, committed suicide even before the start of the official investigation.

Seoul is home to about 20% of the country’s population. The reasons for the growing popularity of the opposition, according to information TASS, experts call the population’s dissatisfaction with the government’s policy in the field of real estate and a corruption scandal involving employees of the State Land Corporation.

Oh Se Hoon served as mayor of the capital from 2006 to 2011, but in 2011 he stepped down from his post ahead of schedule due to the failure of the referendum he organized on the need to introduce free school lunches in the capital.

Party convention in Dresden: Weidel does not run as an AfD top candidate

The euro has skyrocketed