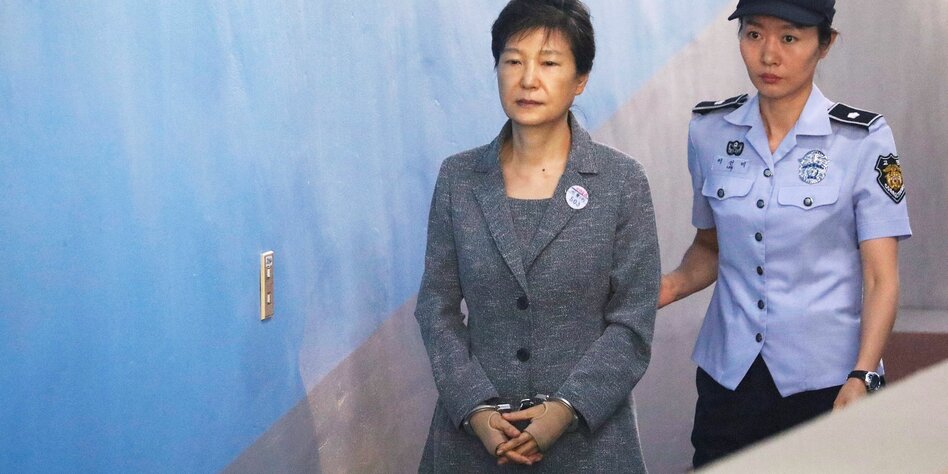 Former head of state Park Geun Hye has been imprisoned for 22 years. She is accused of corruption and abuse of power.

SEOUL afp | The Supreme Court of South Korea has upheld a 20-year prison sentence for former head of state Park Geun Hye for corruption. On Thursday, the court also confirmed fines and seizure orders imposed on the 68-year-old, totaling around 16 million euros.

With the current court decision, the legal battle over the conviction of the ex-president for corruption is finally over. These disputes had led to several new proceedings. The Supreme Court had also dealt with the case before.

Park is sentenced to 22 years in prison. In addition to the 20 years due to corruption, there are two more years due to violations of electoral laws, which, however, were not the subject of the current supreme court decision.

Park was the first woman to head South Korea. In December 2016, she was removed from office by parliament on charges of corruption. She was then sentenced to a total of 32 years in prison for bribery, illegally accepting funds from, among others, the South Korean secret service and violating the electoral law. This sentence was later reduced by ten years.

The discovery of the corruption scandal surrounding Park had revealed dubious connections between politics and large corporations. In court, Park was found guilty of illegally receiving or promising sums of millions from several corporations, including Samsung Electronics. She is also said to have passed on secret documents and dismissed critical officials.

‘Ferme Factory’, a ‘reality show’ at the service of agriculture in Senegal