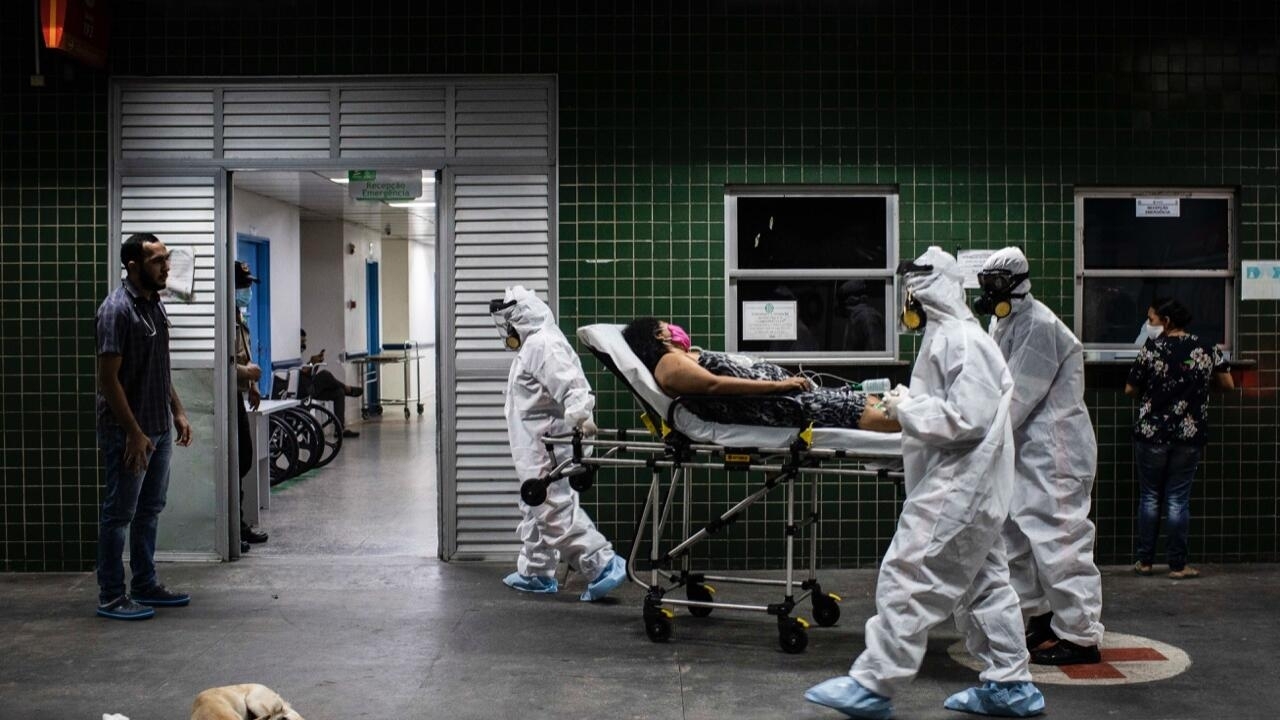 Despite the efforts of the countries of the region to accelerate the vaccination process to overcome the crisis caused by the coronavirus, South America is already the region on the planet with the highest accumulated number of cases and deaths per million inhabitants in all the world. The Andean variant, known as Lamba by the WHO, is of concern.

The first months of the Covid-19 pandemic were generous to South America. While Europe, the United States and Asia, especially China, were thrown into chaos by the skyrocketing increase in deaths and infections due to the coronavirus, the region seemed to control its levels of infections.

Now, however, reality has taken a 180 degree turn. Europe and the United States are making rapid progress in their vaccination processes. The North American country has already immunized 47.5% of its population, according to the portal ‘Our World in Data’. United Kingdom at 47.3% and Spain at 34%. Meanwhile, South America already has more than 75,000 accumulated cases per million inhabitants. Almost 10,000 more than North America and above that figure for Europe.

Vaccination in South America goes at a different rate. With the exception of Chile, which has already immunized 53.8% of its population, the rest of the countries are much further behind. Brazil has immunized 11.6% of the population and Colombia 10.9%, according to ‘Our World in Data’.

The case of Chile is, however, extraordinary. Despite the advance in vaccination, its health system is collapsed and the capital, Santiago, is in quarantine. This Saturday they confirmed 5,208 new infected and 151 deaths in 24 hours, which brings the total balance since the beginning of the pandemic to 1.54 million infected and 32,163 deaths.

The controversy has touched the country due to the statements of the Italian Prime Minister, who gave Chile an example of the low efficacy of the Chinese Coronavac vaccine, around 63%, which has been the most used in the country, followed by the from Pfizer. “It bothers me a lot that a European authority says that here the vaccine has not worked without having any scientific information to show,” said the Chilean Minister of Health, Enrique Paris.

The death figures due to the pandemic in South America can be misleading. Of the total of 3.92 million deaths in the world, 985,346 would correspond to the region (Our World In Data), figures similar to those reported by Europe or North America and somewhat higher than those of Asia.

However, the total figures for deaths per million inhabitants clearly show how the region is the most affected by far above the others, with 2,304.22 compared to 1,520.48, for example, in North America.

In total death figures, three countries are among the 10 with the highest number of deaths: Brazil, the second in the ranking after the United States, with more than half a million deaths, Peru (191,447) and Colombia (103,321).

On Sunday, Brazil confirmed 1,593 deaths from coronavirus, slightly below the figures in recent days of around 1,700 deaths in a country that now also adds the controversy surrounding the investigation against its president, Jair Bolsonaro, of course fraud in the purchase of the Indian vaccine.

“It is no use that they attack, invent or want to slander us because they will not succeed. Only one thing gets me out of Brasilia: our God. They will not win in the offices, or inventing narratives,” declared Bolsonaro, with a popularity of 24% , according to a poll published last Thursday.

Colombia, at highs since the beginning of the pandemic

In Colombia, 693 deaths were registered on Sunday, the second highest number of the pandemic. There the controversy over the influence of the massive marches against the Government on the number of infections and deaths is still latent. The infections reached their highest figure, 33,594.

For her part, the mayor of the capital, Bogotá, affirmed that the figures show that the third peak in the city will soon end. “We believe that the figures during this week indicate that the sum of high infections began to stabilize, that is, we no longer continue to rise, but we begin to stabilize, and that gives us hope that in about two weeks we will be getting out of this so difficult peak, ”he announced last Friday.

Yesterday the National Government gave us new doses of Pfizer thanks to which we will be able to resume the application of second doses, by peak and schedule, from today until Sunday.
Please only attend your second dose of Pfizer based on your ID number to avoid long lines. https://t.co/UXtH6jPI2H


“We ask the Government to continue making this effort to provide us with vaccines of any kind. If they can deliver half a million vaccines a day to us, in 45 days we will have completed the goal of vaccinating 70% of the population of Bogotá. Thank you for your patience in this week of difficulties ”, he added.

Concern about Delta and Lambda variants

In August 2020, a new variant of Covid-19 was registered in Peru for the first time, then known as “Andean”. In mid-June, the World Health Organization renamed it “Lambda”. With this new name, the variant was also declared “of interest” by the organization.

This statement indicates that the variant could have higher transmissibility and resistance to antibodies, although the WHO has stated that it still needs to study it further. If this first hypothesis is confirmed, “Lambda”, widely spread throughout the Latin American region, could be, in part, the culprit of the contagion data registered in the region in recent months.

The main concern now in the region is the arrival of the Delta variant, with a high transmission rate, originating in India, and which already accounts for up to 90% of cases in the United Kingdom. Chile has been the fourth country in Latin America to confirm the existence of this variant in its territory, after Argentina, Mexico and Peru.