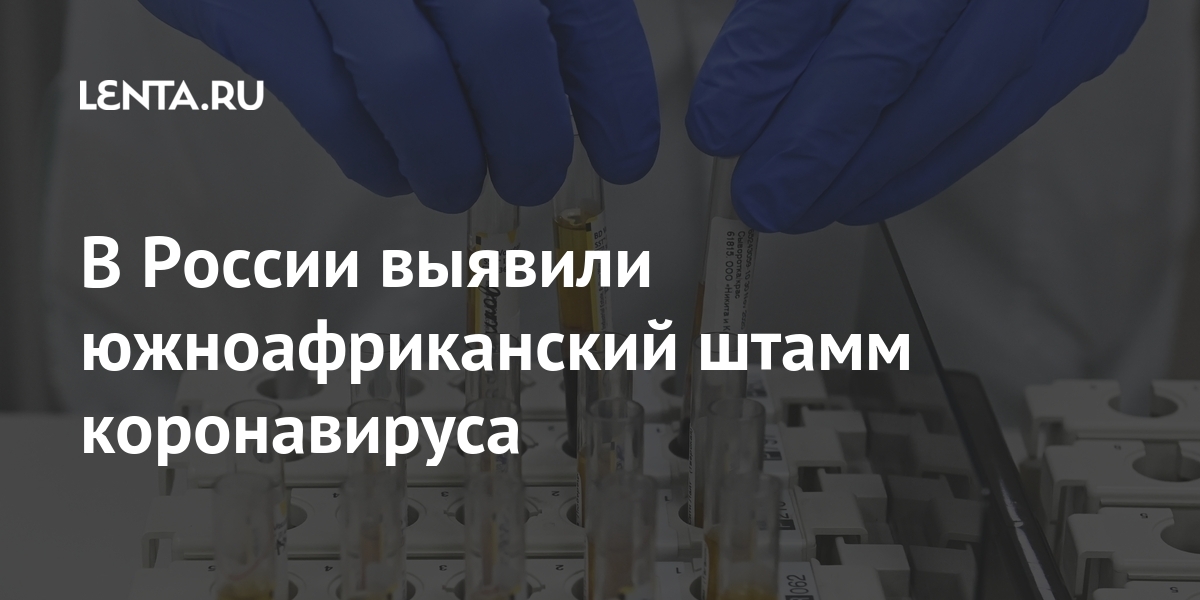 South African strain of coronavirus detected in Russia. This is reported on website Rospotrebnadzor.

According to the federal service, two cases of the South African strain have been recorded in the country. Another 28 isolates belong to the British variant, in 16 cases other mutations were identified. No Brazilian strain has been identified in Russia.

A new and more contagious strain of coronavirus was discovered in South Africa on December 18. Later it became known that the AstraZeneca coronavirus vaccine was ineffective against a new type of virus. South African authorities have suspended the implementation of a plan to vaccinate the population with a drug from an Anglo-Swedish pharmaceutical company.

A WHO recommendation regarding the AstraZeneca vaccine