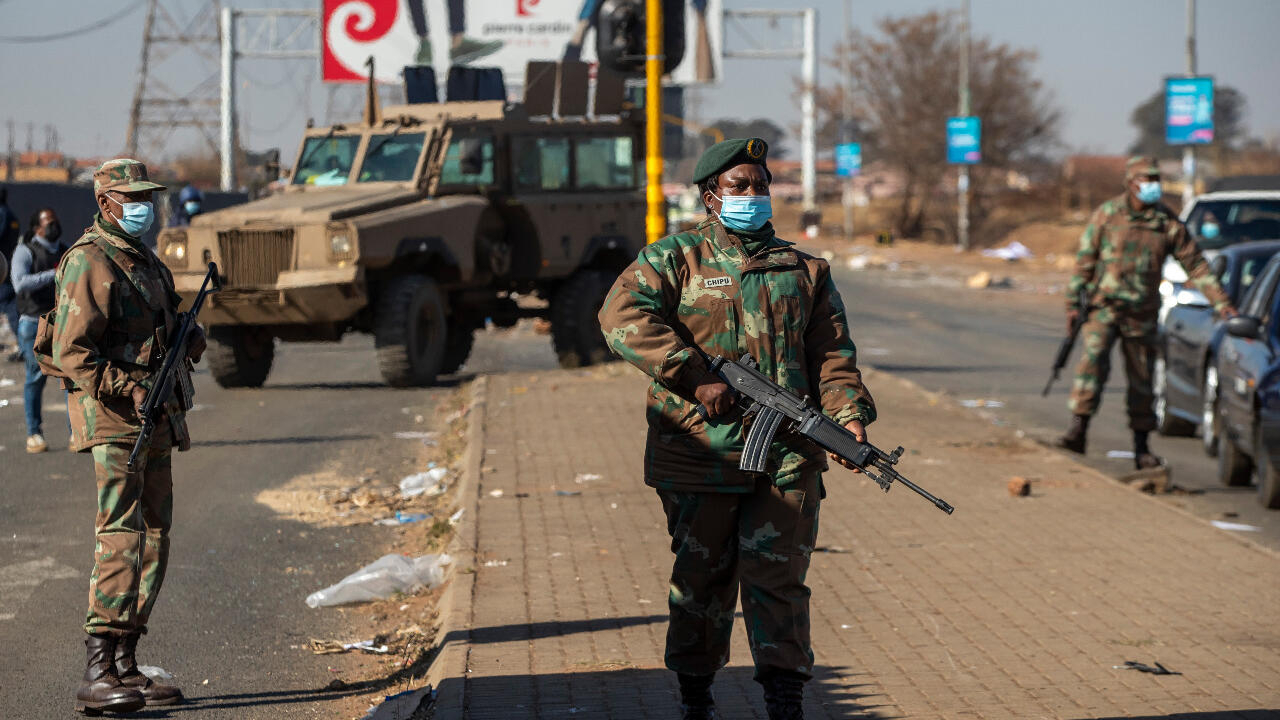 The African country continues to be engulfed in a wave of violence. Looting and stampedes have left 72 dead, according to authorities. The South African Petroleum refinery, which supplies more than a third of the country’s fuel, has temporarily closed its Durban plant. Concerns about possible shortages arise.

South Africa arrived on July 15 to the sixth day of looting and violent acts that have already claimed the lives of 72 people since the arrest of former President Jacob Zuma. Now, South Africans fear a shortage of basic necessities as authorities announce the deployment of thousands of soldiers to control the situation.

Long lines form at gas stations and in front of supermarkets that have not been looted. Especially around Johannesburg and Durban. The country’s largest refinery also announced on Tuesday, July 13, the closure of its plant in Kwazulu-Natal due to “force majeure.” The plant supplies about a third of the country’s fuel. Part of the roads are closed, interrupting deliveries in general.

Another affected sector: health. A statement from the Ministry of Health expressed concern about the theft of drug stocks and the looting of pharmacies. He also warned of the consequences of violence on access to health care and the supply of medicines for chronic diseases such as tuberculosis, HIV and diabetes.

Lastly, some fresh produce markets are on high alert, while grocery stores and warehouses have been looted, especially in Durban. Supermarkets have also burned down. The Massmart group is particularly affected in Kwazulu-Natal. Some of its stores have decided to temporarily close their doors.

The authorities assured that there was no shortage of food. The number of soldiers deployed in risk areas has doubled to 5,000 soldiers and the defense minister said Wednesday that she had “submitted a request for the deployment of some 25,000” more soldiers.

This sudden cycle of violence began last Friday, the day after Jacob Zuma was jailed for contempt of court, for refusing to testify in corruption investigations during his presidency. But it is also the serious economic situation of the country that crystallizes these tensions.

The South African economy is in a catastrophic state, weakened by several years of very low growth, hard hit by the pandemic, successive lockdowns and a virulent third wave at this very moment.

The sudden stop in the world economy has taken its toll on this country, the most industrialized on the continent. The main consequences are a record unemployment of 32.6%. More poverty and more inequality, Cyril Ramaphosa, the South African president, deplored in his speech to the nation last February.

And the prospects are not good, with an estimated growth of 3% this year. The United Nations estimates that it will take five years for the country to return to its pre-crisis level of activity of 19 years.

The sources of discontent are numerous. In addition to the corruption scandals associated with the fight against Covid-19, South Africa has failed in its vaccination strategy, receiving almost no batches from the COVAX program. Only 6.5% of the population has received at least one dose of the vaccine.