Soriano: “It motivates me that in Castellón they expect a lot from me” 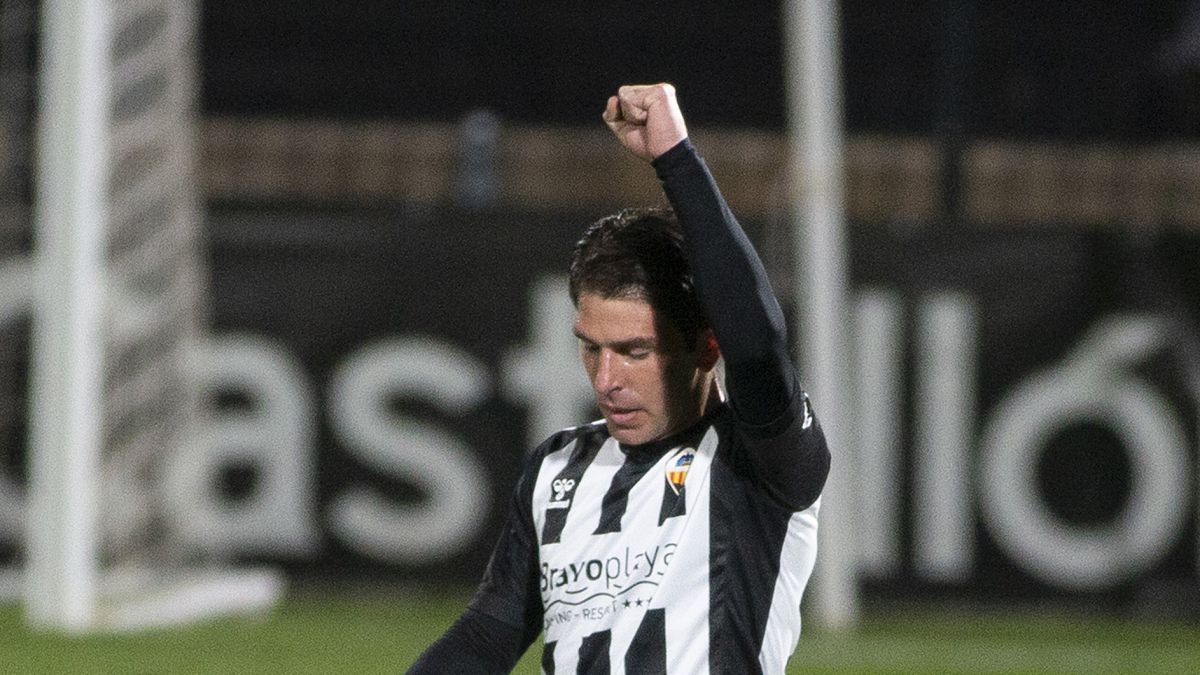 Jonathan Soriano (El Pont de Vilomara i Rocafort, 1985) feels like a child with new shoes in Castellón. He confesses it in AS, recently landed in Castalia and after his debut. Soriano arrives to contribute his experience in a group that once again believes in salvation. The Catalan, tired of scoring goals in half the world, dreams of scoring the goal of permanence. Putting on your boots again, after seven months without playing, is already a prize for him. The withdrawal was even considered when the weeks went by and he could not find that place where he felt important. Castellón has given it to him.

How are your first days in Castellón?

I feel pretty good. I am suffering a little because of my physical condition because it is not the same to work in a group than alone. But when you win, even if you’re tired, it gives you the strength to keep going.

It has been very hard months …

The situation that we have all gone through with the pandemic made me rethink things. The first thing was to be well with the family. I had offers since September to go abroad, but with this health situation I turned everything around. At another time I would have left. Then, the months go by and that desire to play again is stronger and stronger. Now I am like a child in new shoes after seven months out of my routine. I have taken it with much more force.

He said he had offers to play abroad …

It was not fear what I felt to go away, but I did respect. That made him go so long without being in professional football. But I insist, having offers and being in the market made me feel alive and wanting to continue. Then Castellón appeared and I am very happy.

How do I cope with training alone?

It’s hard. When you train alone it helps you stay in shape. We have spent many months locked up at home in which I have only been able to go out into the mountains for a run. Luckily, my wife is also an athlete and we used to go out together. She would pull me when strength faltered, and vice versa.

But seven months without touching the ball is a long time …

It is what has cost me the most in the first months. When you haven’t touched the ball for so long it burns you. But it takes fast and when you do things with enthusiasm, everything is easier. I am not at the physical level of my teammates, but I can compete.

“The option of withdrawal was there, we cannot fool ourselves. They could have wanted to return”

Did you think about withdrawal?

That option was there and we cannot fool ourselves. I’m 35. Neither in September nor in January did I find equipment and it makes you think about it. But little by little, you realize that the more time passes without playing, the more you want to be on the field. That reason is what has made me so eager now.

It must be said that the years go by and the physique weighs on everyone. The rhythm is given to you by the games and the competition. I cannot say that in two weeks I will be 100% because any setback may appear that delays you. Also, players are never 100%. But my goal is to be as good as possible for when the coach needs me to help the team.

“I would love to score the goal of permanence. I sign it because it would help the team”

In Castellón they expect a lot from you. Does that pressure weigh on you?

I’ve always carried that pressure. A striker has to have a minimum of pressure because goals are expected from him. When I have gone to other teams they have expected that and here it continues to happen to me. I pick up that pressure with great enthusiasm. That they expect so much from me motivates me and is a plus. In these months, I have had time to think things over and weigh the pros and cons of football and you realize that it is a good thing that people demand you because you can do it well. I like that the fans expect things from me at Castellón.

What will you do when you score your first goal for Castellón?

You also think about it, but until the day comes you don’t know how you are going to react. Each goal is different and depends on the circumstances. I have been calm in the celebrations for many years, but I can tell you that I am looking forward to that moment and that goal.

“The confidence in the team has impacted me. There is a desire to do cool things”

Can you imagine scoring the goal of permanence?

I would love to and that’s what I’m here for. I sign to score that goal in these three months. When the weeks go by, the fans will think that it will be a signing disaster that has only scored one goal, but it would help me to have helped the team achieve its goal.

Garrido said the other day in AS, that in Castellón you can breathe football …

The fans are fundamental for us and we all know that our people help a lot and that they are not penalized us. There is a lot of excitement in the city after the promotion. There is a humble group, but with a lot of desire to do things well in a big club.

What has impacted you the most?

I have been impacted by the desire and the confidence that there is in the team. When I arrived we were in the relegation places and I found a team with brutal confidence. You watch the training sessions and you say: these people go. Nobody relaxes and this team wants to do cool things. I have no doubts that this Castellón is going for it. If we die, we will do it standing up because our coach tells us so and nobody relaxes.

They carry seven points out of nine …

The Second is a very difficult competition. We will be fighting until matchday 42. There are many points left, but these small dynamics make you gain confidence. We are competing against anyone and that is the line to follow.

Neymar: “I owe a large part of my happiness at PSG to Mbappé”

Alien spaceship “Oumuamua”? The mystery of mysterious heavenly bodies seems to have been resolved after years