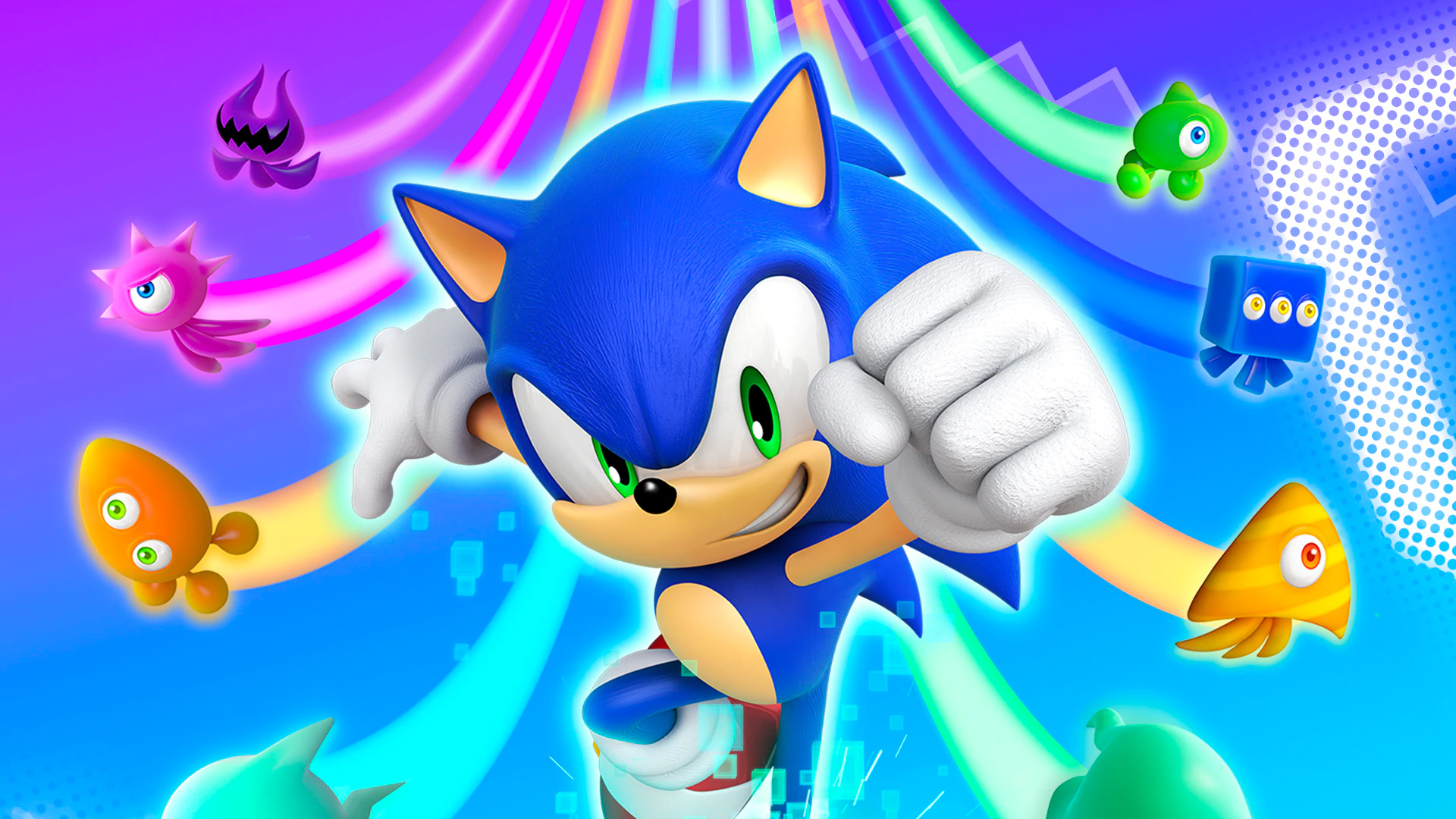 Originally released for Wii in autumn 2010, Sonic Colors had had the merit of bringing a breath of fresh air into the problematic 3D phase of the famous blue hedgehog of SAW and his friends. The version “Ultimate“Is not, fortunately, the usual remaster: a new game mode has been added, the soundtrack has been re-orchestrated, there are new checkpoints, the controls have been recalibrated to be played on a traditional pad and there are many small news to take into account.

Was reviving the game after eleven years a questionable move or a clever idea? Find out in our review of Sonic Colors: Ultimate.

We reviewed Sonic Colors: Ultimate with a PlayStation 4 code given to us free of charge by SEGA via Koch Media.

The power of the Wisp

As it was in the original game, Sonic Colors revolves around the power of the colors of Wisp, of the entities introduced in this chapter, each with peculiarities to be used in the most disparate situations. In addition to the upgrades we had enjoyed in the original game, a new one has also been added Wisp jade-colored, able to change Sonic in a spirit and thus make it immaterial. This will allow our pet not only to pass through tangible objects, but also to float.

Since its release in 2010, Sonic Colors it quickly established itself as one of the best 3D games in the series. Of course, his contenders weren’t hard to beat: on the one hand we had chapters like the 2006 Sonic The Hedgehog or others that came later, such as the disastrous Sonic Lost Word for Wii U and 3DS. What does this tell us about Sonic Colors? Which certainly managed to be a better experience than those mentioned above, more refined in the mechanics and fresher in the concept, thus preferring a more classic level structure, but certainly does not tell us that it was a perfect game.

The powers of the Wisp, in fact, give the game a rather fluctuating pace: while they refresh the feeling when we check the blue hedgehog, they end up slowing down some phases of the game or automating others. The aforementioned new Wisp that makes immaterial breaks the action and leads us to advance with a certain slowness, while the cyan one already available in the original has the opposite problem: while maintaining the high speed of the game, it takes us away from control and whizzes by. only towards enemies and predetermined parts of the level.

While a problem that is common to all Wisp is that they are very situational: levels, with a good design and meant for to be able revolving around the possibilities offered by these boosts, they can be very short and can sometimes be overcome even without using the Wisp in question, becoming an option rather than a mechanic. This does not mean that all the skills given to us by the little creatures are useless or inserted out of tune in the experience, but it all generates strange rhythm problems, which in a Sonic game should instead be attributable to the mere ability of the player to make whiz Sonic with mastery and without being interrupted by the obstacles of the level.

But rhythm problems aren’t just the Wisp’s fault: the level design sometimes forces the player to stop abruptly which lead him to have to plan the jumps methodically and to argue with what are some of the problems of imprecision present since the release of the game in 2010 and never completely resolved, although filed properly in this new edition.

Imagine you are darting through the track of a level and arriving in front of a series of moving platforms that lead to a balcony at the top that is your destination: forced to stop and having to plan the jumps, Sonic will often end up sticking to the walls to to execute wall jump and somersaults when you were just trying to reach one of these platforms elevators to proceed, while a little voice in your head will tell you that the only thing it wants is to whiz, whiz and whiz as only Sonic can.

Because then it’s all there: once we find ourselves controlling the hedgehog in the most hectic sections or in the straights full of obstacles, challenges and enemies, Sonic Colors: Ultimate it does its duty and does it very well, managing to propose responsive controls, adapted in a commendable way from the structure originally designed for Wii. Darting through enemies at various heights, battling bosses, and using Wisp power-ups to defeat all sorts of threats is fun and is what Sonic should do at all times and in every game.

And it is precisely here that Sonic’s past (and problematic present) makes itself felt: an IP born with 2D should not necessarily remain in two dimensions but, as has happened for other more famous brands, it should be able to transit successfully in three dimensions. Sonic has succeeded with ups and downs over the years and the reason has always been the same: the games of the blue hedgehog, being based on speed, have always proved incompatible with the aforementioned transition.

SAW will he ever be able to completely solve this problem? Now that so many years have passed, the answer is dangerously beginning to seem no. Sonic Colors: UltimateIn fact, it reminds us that although there are some valid Sonic 3D games, they are still not as unforgettable as the 2D ones.

The blue hedgehog gets a makeover

With this remaster operation, SEGA proposes us again Sonic Colors: Ultimate with novelties such as the Wisp mentioned at the beginning, a re-orchestrated soundtrack, the modality Rival Rush (where we will be able to access timed challenges with Metal Sonic, which will give us rewards), a new checkpoint system with the possibility of being saved by Tails in case we fall into the void and obtain a momentary invulnerability if we reach a total of 100 collected rings. What for sure many will appreciate is the possibility of mapping the controls from scratch.

Beyond that, the game does not feel so much the weight of the years, the cartoon graphics, the liveliness of the environments and characters and the basic self-irony make this chapter an experience that is still fresh and fun. But be careful: the innovations introduced do not increase the lack of longevity of the title too much. In fact, it takes about five or six hours to complete it, while the situation is really interesting if you decide to aim for completeness, choosing to reach 100% in every level and in every world, having to deal with some sections in a different way with the help with other types of enhancement.

Good news for the technical front, the game is stable, anchored at 60 frames per second on PS4 standard and with just a few visual imperfections during the films, which have been visibly upscaled, with sometimes fluctuating results. The soundtrack is present and makes itself heard: well orchestrated, nice and on balance a good accompaniment to the experience.

However, the remarkable quality of the remaster is not enough to redeem the price at which it is sold: € 39.99 for the normal version and € 44.99 for the Digital Deluxe, a lot for an eleven-year-old game that doesn’t last long, especially if you are not interested in extra content or completing everything. The news are there, they are interesting and make you want to play, but that’s not enough.

Join Sonic in the most beautiful high-speed adventure of all time! The wicked Dr. Eggman built a giant interstellar amusement park, filled with colorful rides and attractions. Unfortunately he feeds him with wisp, the aliens he has captured! Use Sonic’s lightning-fast speed to free the wisp and discover their magnificent secret powers as you explore six unique colorful worlds filled with dangerous enemies and obstacles to overcome. Now with improved graphics and gameplay, additional features and new game modes, Sonic Colors is an experience you can’t miss. Sonic will be put to the test on this thrilling journey to free the wisp, but with their help, and yours, he’ll see all sorts of things!

Buy Sonic Colors: Ultimate for PlayStation 4, Xbox One or Nintendo Switch following these links for the price of € 39.99 in special edition. Expected release for1 October 2021. Support Akiba Gamers by purchasing the game on Amazon through this link!

Who do we recommend Sonic Colors: Ultimate to?

While Sonic Colors: Ultimate both a title that brings interesting news to the original formula, it is also a game with a price that should not be underestimated, especially if you are not willing to complete it 100%. Given these considerations, we recommend this remaster mainly to those who have never played Sonic Colors, thus being able to enjoy a “new” title. For everyone else, if you have already enjoyed this adventure in its day, you can do without it.

Sonic presses on the accelerator, but occasionally is forced to brake

SAW has certainly dared a little something about Sonic Colors: Ultimate, but he could do this and much more in an attempt to revive what was in effect one of the best 3D chapters of the modern era, especially when compared to other less successful (or even disastrous) titles that have come both before. that after. A series of slips such as the rhythm not always the right one and the low longevity undermine the overall judgment. A shame, if you consider that when the title shows its claws, it does its job well.