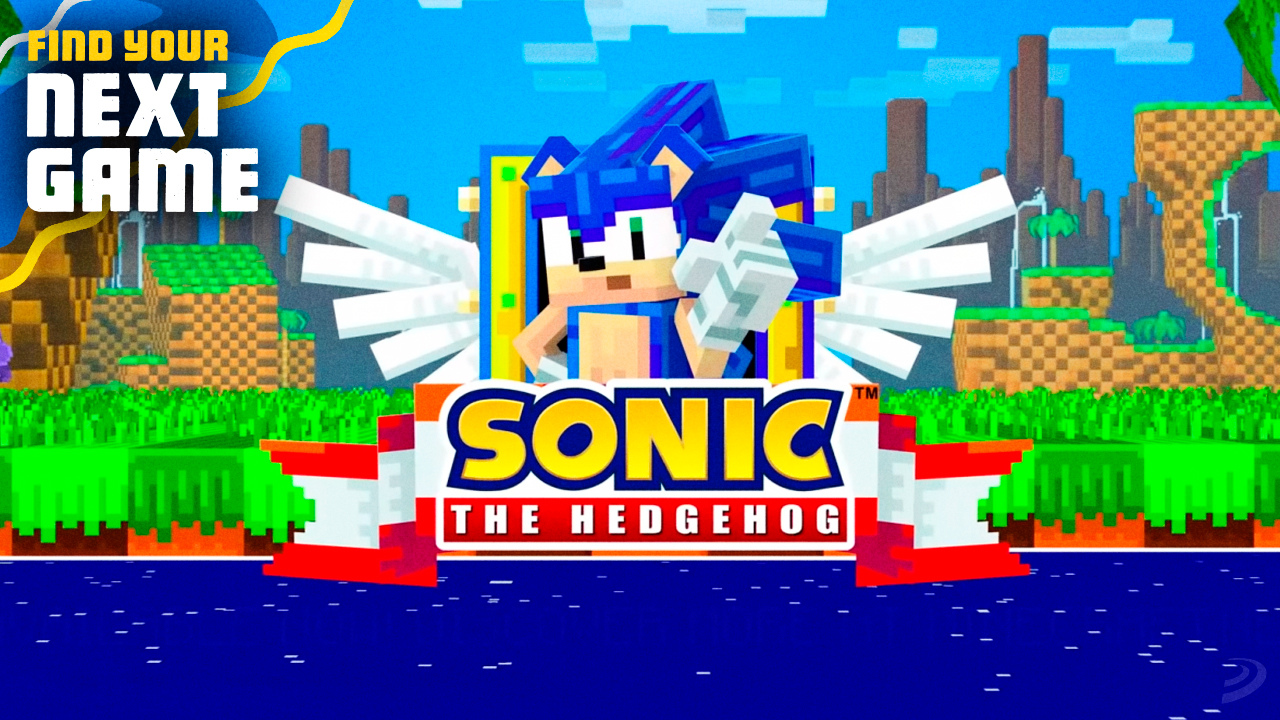 If this 2021 is going to be remembered for something, it is the anniversary celebration of SEGA’s mascot, Sonic the Hedgehog. Recent hits like Sonic Mania or the blockbuster that was his first movie seem to have put our favorite hedgehog back in the spotlight. Proof of this is this DLC that comes to the Minecraft universe. We tell you what we think.

As part of this celebration, in addition to re-releases of games such as Sonic Colors Ultimate or that long-awaited Sonic Origins where we will revive the most emblematic 2D titles, the friendly hedgehog has also been allowed to pass as Minecraft, the eternal title of Mojang, within a DLC that It is now available. This package, similar to others from other franchises such as Halo or Star Wars, seeks to bring Minecraft players experiences from other worlds and, in this case, allows us relive classic levels from the saga from a new perspective and, above all, with a completely different appearance.

This integration of Sonic in Minecraft allows us to visit three different zones: Green Hill, Chemical Plant and Sky Sanctuary, which we can explore to our liking, yes, if we gain access to them. Each of the areas has a single phase that we will go through again with very slight changes, with the aim of improving our score, either by collecting rings or eliminating enemies, in order to unlock new levels. It is true that at this point something repetitive can be done, since we will have to go through the same phases several times to exceed the required scoring threshold to visit others.

Although the different levels are shown in three dimensions and we enjoy a certain freedom of movement, the route itself is quite linear and, like the rest of the titles in the saga, allows us to let’s unleash our cravings for speed and we hit the stage like an exhalation. Of course, we must not lose sight of the rings, since we will need to collect a certain amount of them to be able to revisit the levels, or the enemies, because a simple touch will cause us to lose all the rings we had. Nothing new for fans of the saga, of course.

Although I mentioned that the levels themselves are quite linear, those of us who like exploration are rewarded with the possibility of collecting the mythical Chaos emeralds. I don’t think I need to tell you what happens if we manage to obtain them all … The three phases have different settings: it is not necessary to present Green Hill while Chemical Plant transports us to an industrial environment, with some underwater area in which we will have to be careful not to drown, finally, Sky Sanctuary takes us to a kind of temple in the heavens.

In addition to infinities of rings, we will also find recurring elements of the saga such as those televisions that give us extra lives, the springs that allow us to jump or travel great distances at enormous speed or, of course, the loopings. Itself is a love letter to those first titles of the franchise and it is a very careful tribute: yes, do not expect an experience neither deep nor long-lived but to satisfy your curiosity of how Sonic would look and play in the world of Minecraft.

A nice touch for this thirty-something

The DLC of Sonic in Minecraft allows us to see Green Hills in splendid, although squared 3D.

By the way, not only can we control the blue hedgehog, Tails and Knuckles have also signed up for the experience and, within the game store, we can have access to other characters such as Amy or Shadow. There are no big differences in control Between them, everyone can do the spin dash although the animations vary slightly, in addition to using a useful sprint to rush seconds to the timer.

For those completists, this Sonic DLC comes with a achievement table that will make us do our best to complete certain tasks. In addition, we are allowed to listen to songs from the soundtrack of the saga and discover other curiosities related to the franchise.

Thanks to the jukebox we listen to some classic melodies of the saga.

Visually I consider that a good transfer has been made from the levels of Sonic the Hedgehog to the aesthetics of Minecraft and, except for the characters that, obviously, are squared, it could almost seem one of the first 3D adventures of Sonic (saving the distances ). By the way, as in the original Minecraft, we can decide whether or not to see our character on the screen. The melodies take us back to our childhood at the controls of the Mega Drive and they have just squared a respectful artistic section, as far as possible, with the original work.

Altogether, this cross between Minecraft and the Sonic the Hedgehog franchise leaves us as a result a curious 3D platform game that, despite lacking the depth of great proposals of the genre, it can serve to bring the saga closer to those who do not know it and, above all, to continue celebrating the anniversary of one of the most relevant and charismatic characters in the industry . For many more years, Sonic!