Something fishy happened in Alcudia 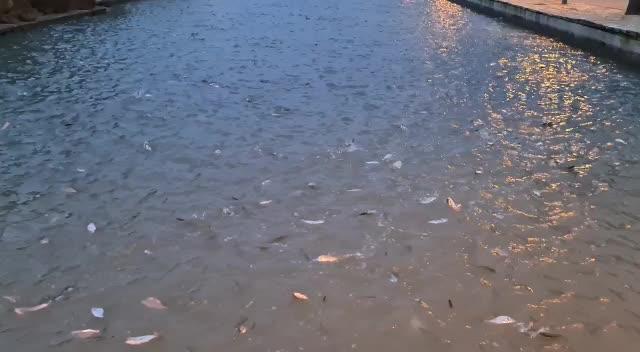 At least a hundred fish died from lack of oxygen in the estuary channel of the Estany Gran de Aludia, aka the Red Bridge channel, on Wednesday due to lack of oxygen.

“It is not the first time that this phenomenon has occurred after a strong storm with Levante winds, ”Explained City Works Clerk Martín Garcías. “The wind carries the sand until it plugs the mouth of the channel, the water stops circulating and the oxygen levels fall well below 3 points which is fatal.”

Machines were deployed to the estuary on Wednesday to clear the sand and let the water to flow freely again.

A biologist took samples to rule out possible spills and confirmed that the oxygen level was 1.2 and 1.6.

Omar Mascarell does not give up