Somalia: Execution of 21 Al-Shabab terrorists in a public place بمكان 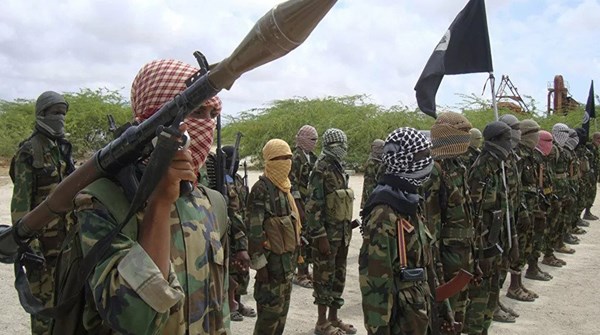 Somali officials said yesterday that the firing squad executed 21 members of the terrorist Al-Shabab movement, after a Somali regional military court convicted them of belonging to a rebel group.
They are responsible for the killing of dozens of government officials, journalists, senior tribal elders and members of civil society groups, said Mahmoud Abdi, a judge in Puntland state. The execution process in a public place witnessed the largest number of members of the terrorist “Al-Shabab” movement being executed in one day.
Security forces in Puntland are fighting members of the “ISIS” organization, in addition to the “Al-Shabab” movement, in the mountainous region of Bari in the region.
On the other hand, local authorities said that at least 27 people were killed when members of the terrorist movement launched a major attack on the Wesil region in central Somalia.
The rebels took control of a military base belonging to the security forces in Galmudug state, after a car bomb exploded. A policeman named Abed Karen Ahmed said that a clash broke out and lasted for three hours. Armed civilians joined the fight against al-Shabab. Ahmed added: 12 people, including members of Galmudug state forces and civilians, were killed in the clash, and 15 members of the terrorist movement were killed.