Sold for 90,000 pesos: this is the first piece of crypto art auctioned in Mexico 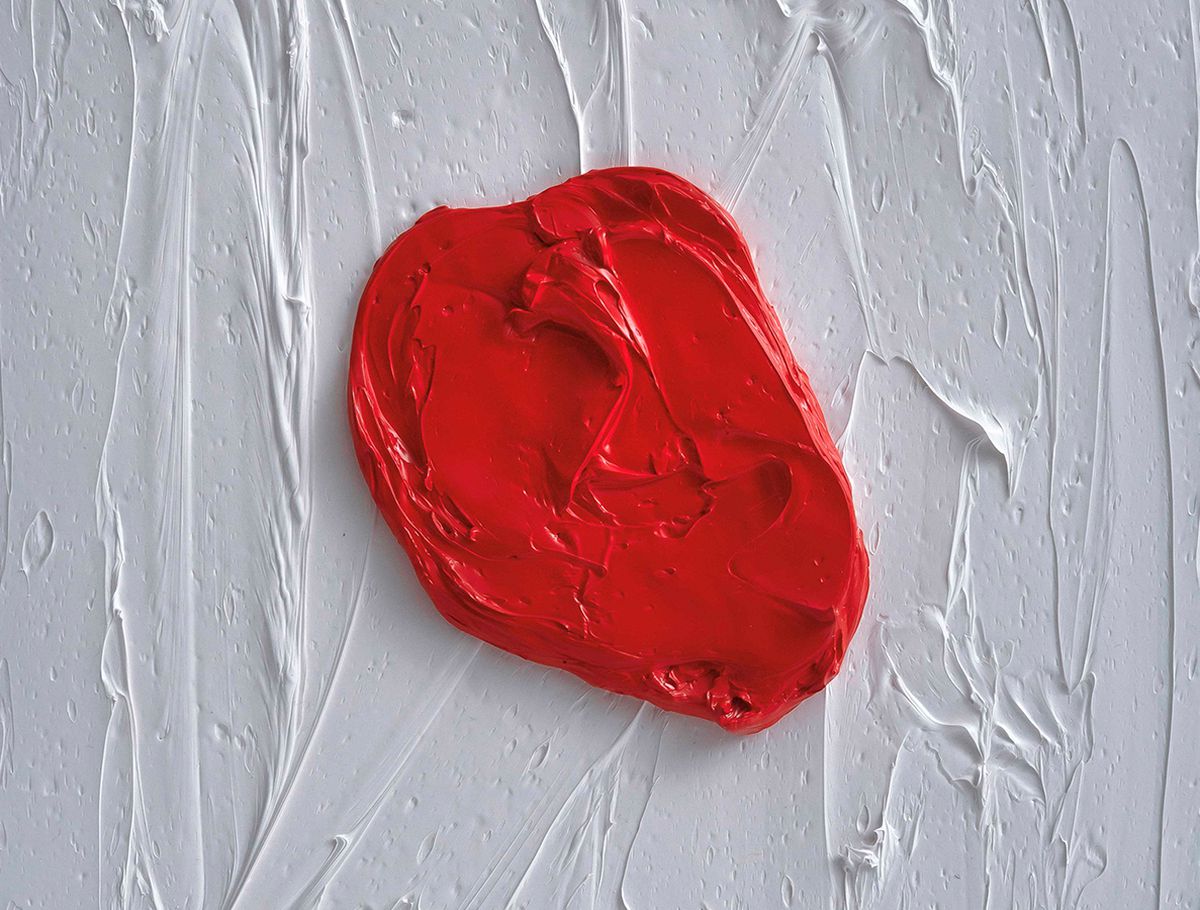 The Morton auction house, the most important in Mexico, has decided to launch into a world that was, initially, exclusively for nerds and speculators: the world of crypto-art. That is, the growing art market that moves on digital platforms called blockchain, where cryptocurrencies such as bitcoin or ether first emerged. In those blockchain platforms, such as Ethereum, there are also other encrypted codes called NFT: Non Fungible Token or non-fungible tokens. Codes that are sold in the digital market to guarantee the sole ownership of an online text, a meme, or even a work of art.

In mid-June, Morton announced that, for the first time in Latin America, an auction house would offer its first NFT: the artwork Live, by the Mexican artist Juan Carlos Valle. Live It has only two colors: a thick paint with a white background, and another equally dense in the middle of blood red and in the shape of a heart. But with a special component: vibrations under the canvas that make the red rise and fall like human palpitations. Live it no longer exists materially, because Valle painted something else on top of the canvas. It can now be viewed only in GIF form. “This piece is an opportunity to proclaim that painting lives, transcends time, space and technology,” Valle said at a press conference presenting his work.

In the world of blockchain, those who attended the auction could compete for the encrypted code of Live, which now gives ownership of the work to the winner (pallet number 207). “Just as the invention of oil will have been a revolution at the time,” said Valle when he promoted his work, transform Live in encrypted code it was “just continue to explore support and technology.”

The auction house offered a modest starting price to auction this work considering other big hits from the NFT world. In March, the NFT of a column from the New York Times was valued by $ 560.00. In May, the NFT of a famous meme of a girl looking at the camera while a house burns sold for $ 500,000. In March, Christie’s auction house managed to sell a work by the artist known as Beeple for $ 69 million, a collage of hundreds of digital photos and to date the highest sale on the NTF art market.

However, according to a market study carried out by analysis firm ArtTactic, the average price of an NFT in the international art market is around 1,228 dollars. Morton’s offer for the play Live it was a little above average. “Morton will continue working to expand this market, so we can expect to find more pieces of NFTs in future auctions,” said the house after selling the work..

An emerging crypto-market of art

The blockchain platform Morton chose to auction off the encrypted code of Live is named Arterium, a platform of a Canadian-Spanish company called Oaro and that for four years it has been working with other blockchain assets for banking, security services, or for insurance. The work of Live is, in fact, the first with which Oaro launches into the world of crypto art. “Our intention is for him to grow and continue with Morton so that next year we can work with more artists, more works, and the platform becomes bigger”, says Ariano Hernández, CEO of Oaro, to THE COUNTRY. According to an internal study by the company, the countries most interested in NTFs are still the United States, Canada, and some Asian countries. But, in Spanish-speaking countries, they have seen a growing interest in Spain, Argentina, Colombia and especially Mexico.

“We have no intention of taking auction houses off the market,” said Hernández de Oaro a The COUNTRY. “We want to work with Morton because they already have the artists and they have buyers who are already fully prepared to be put on the market.” In addition, he adds, “more than thinking about decentralization when eliminating intermediaries, I think more about contributing new technological factors that were not possible until now. Before it was impossible to determine if a digital work was yours or mine ”. Now, with an NFT, that digital property is traceable and somehow inalienable.

Natalia Giraldo, a 35-year-old Colombian digital artist, has been promoting her works in this new world of crypto art. Unlike the more established artist like the one who promoted Morton Auctions, Giraldo is an emerging artist who can earn more with the visibility that new decentralized crypto-art platforms give – such as Nifty Gateway or SuperRare– to promote their works around the world.

“The good thing about these platforms, and the interesting thing, is that it eliminates galleries, and gives you an immediate sales platform,” Giraldo tells El PAÍS. Another Colombian artist, Camila Fierro, sold one of her works in March in Open sea for almost 500 dollars, without the help of the galleries. “But what’s difficult is promoting yourself, because when you’re new to this, as for any artist, you need a promotion.” In other words, cultural capital is still held, in part, by galleries or auction houses, which still have some power as arbiters of the art market to promote some artists and not others to collectors.

In addition, Giraldo explains, an educational process is still necessary so that more collectors or citizens interested in art understand the market for NFTs, the new digital platforms on which they are promoted, and the value that this encrypted code may have in the future. Still, the interest of more actors in crypto art, like Morton Auctions, gives a positive signal to digital artists like her.

“The galleries and auction houses are now being updated,” Giraldo says. “Due to the pandemic, a crisis arrived in the museums and in the galleries, and they had to start thinking about how to make a move to digital and they looked for a place to hold on. The NFTs were already there since 2017, with platforms [para subastar criptoarte] What SuperRare, but these have exploded since last year ”. In addition, galleries are now also exploring how to sell their works in cryptocurrency. “The art houses were taking a long time to make this transition, but I find it interesting that the galleries turn to receive crypto, and that they turn to the NFT, because it is definitely the next step,” says the artist.

The big question that remains is how good the crypto art market is for the environment. Both platforms and Artereum or artists like Giraldo are trying to make sure that the sale of NFT does not generate a huge environmental impact as blockchain platforms like Ethereum normally do. According to Hernández, Artereum is more environmentally responsible than others because it needs fewer servers around the world to operate (or in blockchain parlance, less nodes). “To give you an idea: the Ethereum network consumes almost the same energy as Portugal, and we consume what 40 or 50 households would consume,” explains Hernández. The artist Natalia Giraldo, for her part, explains that those who buy the works have to pay an environmental impact tax (a green fee) and says that part of the profits from some of his works will go to finance initiatives that seek to reforest parts of the Amazon rainforest.

The flagship project of Giraldo in the world of crypto art is called Coca Power: some pins in the shape of a coca leaf to hang on a jacket, which can be purchased for only 35,000 Colombian pesos (seven euros or eight dollars). But they are also acquired in the form of NFTs: digital symbols of the coca leaf to make known its ancestral use in Colombia. “It is a sacred plant that has been abused and it is necessary to heal that speech, and I seek to heal it in order to give the power back to the leaf a bit,” says Giraldo. “And this process of also teaching, not only this message of coca, but that of technology as a new means that we have to express ourselves has been very cool.”

Ebrard: Mexico proposes Simón Bolívar as a symbol of unity in LA