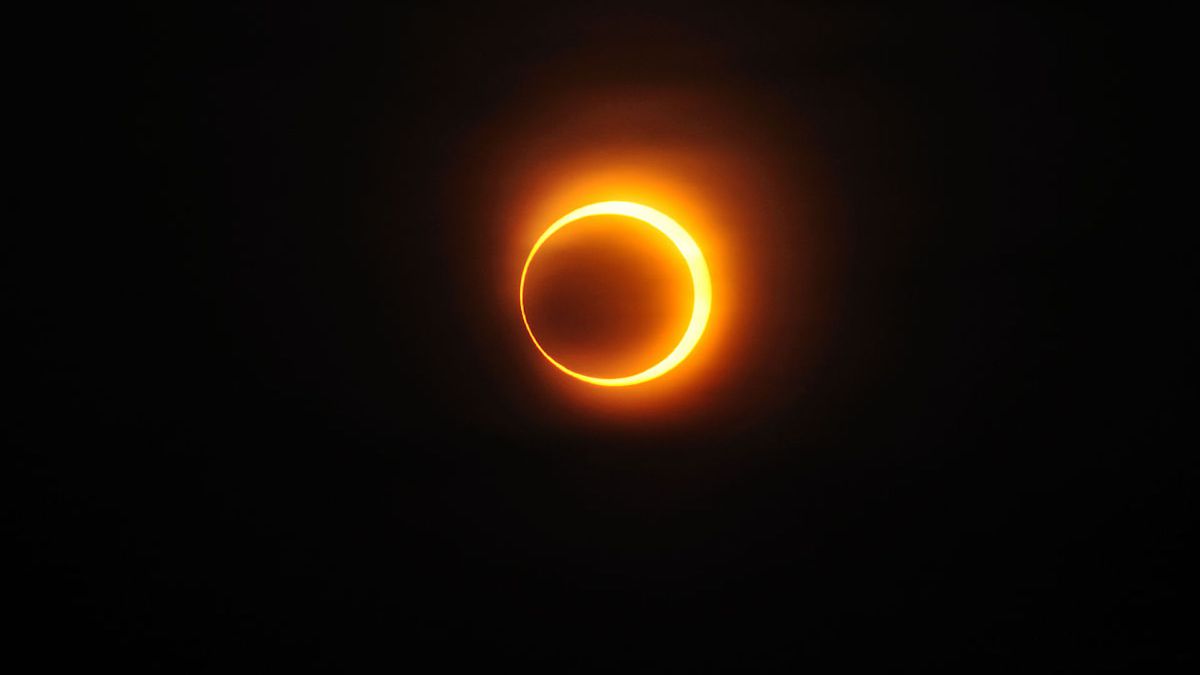 WHAT IS A SOLAR ECLIPSE AND WHY IS IT PRODUCED?

From the observer’s point of view, eclipses of the Sun are classified as: total, annular and partial. Such an observer will say that he has seen a total eclipse when he sees the Moon cover the entire disk of the Sun. However, another observer located hundreds of kilometers further north or further south than the first will see the Moon cover only part of the Sun, of so that for him the eclipse will be partial. There are times when the Moon does not completely cover the Sun from any point on Earth, so for all observers the eclipse is partial.

Another common type of eclipses is the annular eclipse. These occur when the observer sees that the disk of the Moon does not cover the disk of the Sun, although its centers are well aligned. This is due to the fact that the Moon is farther from the Earth that day than in the case of a total eclipse, so that its disk looks smaller than that of the Sun. In this case, a bright ring is observed surrounding the disk. lunar.

In practice, the number of eclipses that occur each year is between 4 and 7, including those of the Sun and Moon. In many cases the eclipses are partial (or even penumbral only in those of the Moon), and visible from a fraction of the Earth’s surface. When the Moon is close to the Sun in the sky, the phase is a new moon, and there is the possibility of an eclipse of the Sun. When the Moon is in the opposite direction to the Sun (visible all night), the phase is moon full, and there is the possibility of a lunar eclipse.