Social stigma does not detract from the appetite for nursing homes 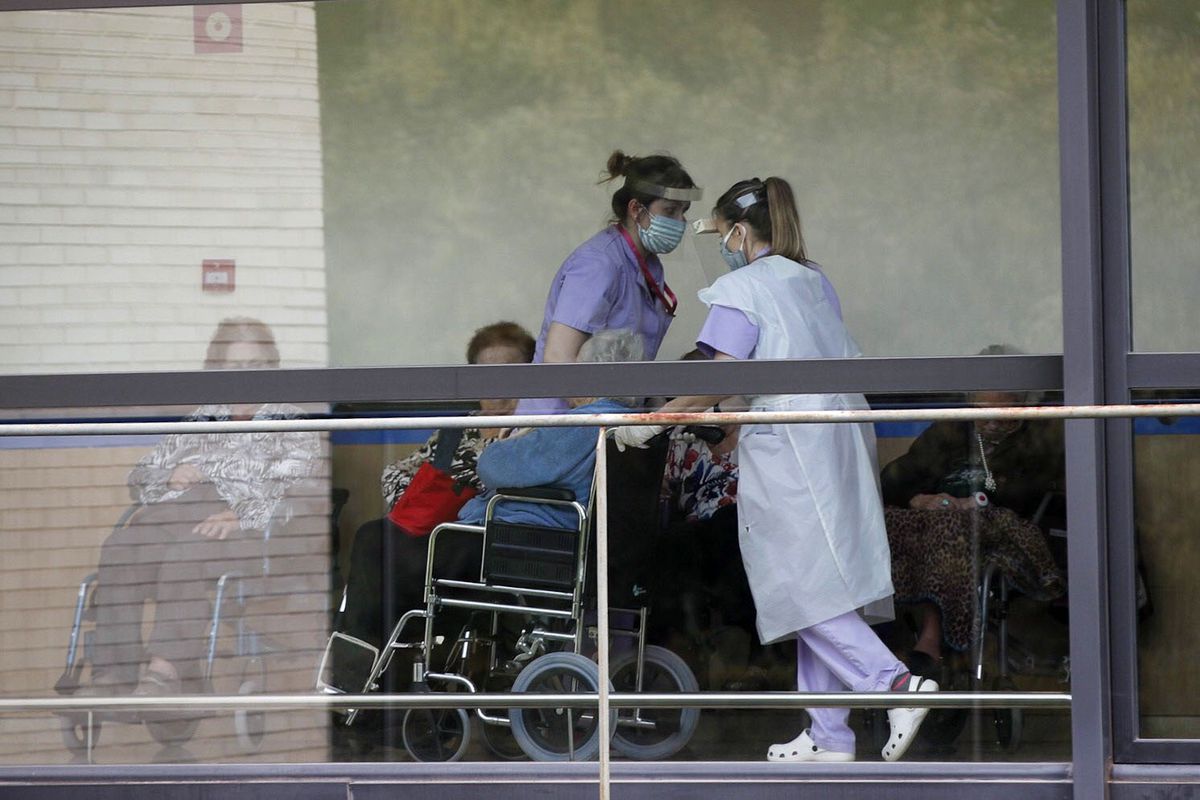 The pandemic has put one of the most promising and promising real estate investment markets in Spain on the ropes: residences for the elderly. The sector, which has attracted investment funds and international operators in recent years, is facing a major reputational crisis – related to the death of some 30,000 older people from covid in its centers.

Furthermore, unemployment rates have risen. “One in four beds is empty, 25%, when before the pandemic it was 10%,” warns Aitor Pérez, managing partner of the consulting firm Gerokon. This, Pérez insists, “represents an average reduction in turnover of 15% per center” because, in addition, the costs of personnel and the purchase of medical supplies have skyrocketed. From the Business Federation of the Dependency (Fed) they recognize that the recovery in the occupation of the centers “will be a slow process and will take between 6 and 12 months”.

On the other hand, the pandemic has uncovered the shortcomings of a good part of the supply, which will require making significant investments to adapt the properties to a more than probable post-pandemic regulation (independent ventilation systems, more individual rooms, greater medicalization of the centers …). Some will end up not being financially viable.

Still, investors don’t fold sails. They maintain, and some intensify, their commitment to nursing homes for the elderly. In a difficult year such as 2020, the investment volume in these centers was 282 million euros -300 million in 2019- and in the second quarter of 2021 the figure already moves between 190 and 230 million, according to Juan Manuel Pardo , responsible for the Living area of ​​JLL. An appetite that spreads across the European continent, where they reached 7.2 billion euros in transactions last year, according to real estate consultancy Knight Frank.

The forecast is that it will continue to rise, especially now that investment in offices, hotels or shopping centers is weak. Alberto Díaz, director of Capital Markets at Colliers, explains: “Given the existing high liquidity and the few investment alternatives in traditional assets, investors with a low cost of capital are focusing their focus on those assets that allow them to obtain a long-term profitability on a sustained basis ”. This consulting firm estimates that operators and investors will put some 29,000 places in the Spanish market over the next three years, most of them private.

Several are its attractions. Along with logistics and supermarkets, it is the only sector that has solvent operators that offer very long-term, mandatory contracts – 10, 15 and even 20 years – which is attracting insurers, pension funds and listed companies Europeans interested in acquiring residences. “The main investors come from markets much more mature than the Spanish, such as French and Belgian,” says Díaz.

The nursing home business is a solid business, with insured and recurring income. The initial rate of return of residences for the elderly in Spain stands at 5.20% per year, although for product prime Rates close to 4.5% have been observed, indicates Nuria Béjar, National Director of Healthcare at Savills Aguirre Newman.

Humphrey White, general manager of Knight Frank in Spain, defines it as “a market with a lot of opportunity”. In fact, “other institutional funds are about to land that are going to allocate part of their capital to nursing homes,” says Pardo.

The funds and operators already present (from Healthcare Activos, Adriano Care, Cofinimmo and Primonial REIM to Domusvi, Orpea or Korian) continue to grow in size. The Socimi Adriano Care, which has just been listed on the BME Growth (former MAB), has 14 assets (12 residences and two plots of land to build new centers) and close to 1,800 parking spaces, which have meant an outlay of 100 million euros . It still has an investment capacity of more than 100 million euros.

The operator Domusvi, the leading company in the social health sector in Spain, has grown through purchases of residences and portfolios. The group of French origin, which does not give investment figures, manages 206 residential and day-care centers, providing care for disabilities and mental health. In total, more than 21,500 beds and more than 3,300 places in day centers.

The purchase of residences in operation in provincial capitals continues to be in the crosshairs of international investors, although the supply is scarce, especially properties with more than 100 beds. “They have all been touched by investors and that is why when someone wants to sell they raffle it off,” says Aitor Pérez. But something is changing. The investor begins to perceive “a certain risk in the purchase of assets already built before a possible change in regulations by the covid that implies new investments of capex [gasto en capital] or reduction of the number of places ”, they say in Savills Aguirre Newman. For this reason, interest is growing in buying land and promoting new residences adapted to post-covid regulation.

Despite not being an easy market, the investor finds it interesting because of the gap that exists in Spain between supply and demand. There is a deficit of between 75,000 and 89,000 places, according to different sources – there is no consensus – in order to comply with the recommendations of the World Health Organization (WHO), which sets five beds for every 100 people over 65 years of age. According to the Fed, 100 new residences will be needed each year until 2050, because there will be 16 million people over the age of 64, the federation estimates. For that year, those over 65 will represent more than 30% of the population. The octogenarians will reach more than four million, according to the CSIC.

Although not all the wind will be tail. There are important challenges that investors will have to deal with, those posed by the pandemic and those derived from the lack of public money to pay for places. Aitor Pérez, from Gerokon, wonders: Who pays for this round? It refers to the fact that there is not enough public money to pay for the arranged places, nor is it expected that there will be, and to meet the needs of the dependency. “The problem in our country is not the lack of investors to promote residences, but of financing to maintain them,” he points out.

From Colliers they transfer the same problem: “The agreements by the residences with public entities must be improved in what refers to arranged places, since otherwise the sector will focus eminently on developing private places that respond to greater profitability demanded by investors ”, adds Alberto Díaz. Some places that cost on average 2,300 euros per month, although they can reach 3,200 euros.

The communities will receive at least 361.7 million of the European funds to invest in residences.