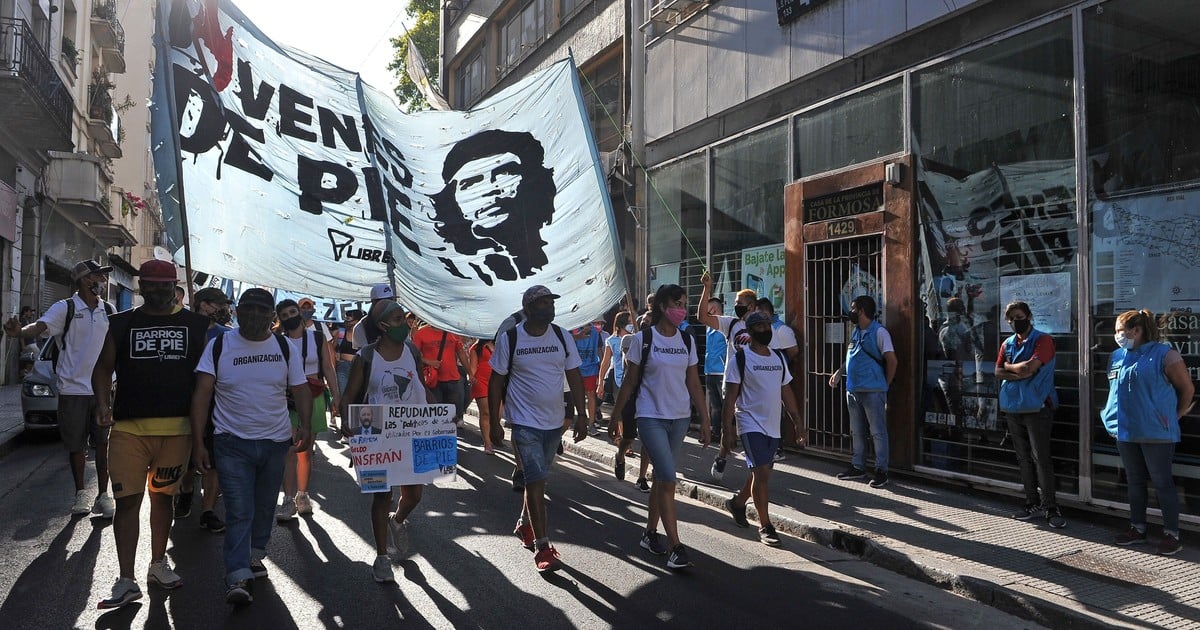 Social organizations and picketers will mobilize through downtown Buenos Aires this Tuesday in claim of vaccines against the coronavirus and improvements in the connectivity of students, and a complicated day is expected for the circulation of traffic.

The Polo Obrero together with Barrios de Pie (Libres del Sur) and other organizations began to gather at 10 in the morning to mobilize in various places with different claims.

First in front of the Ministry of Education, in Pasaje Pizzurno 935, then they will go to the House of the province of Buenos Aires, in Callao 237; to finish at the ENACOM headquarters, in Peru at 100.

The protest is to ask “vaccines for all“along with the requirement of”connectivity and devices for students “and to report “the adjustment towards the popular sectors”.

“The workers of canteens and picnic areas are essential and the Ministry of Health of the Nation determined that we must receive the Covid vaccine. However, only the CABA government began to carry out that indication. Meanwhile, governments like Kicillof’s have explicitly told the national media that they will ignore this priority, “complained the leader of Barrios de Pie, Silvia Saravia.

The Government asked for a “truce” to social organizations in the middle of the second wave of coronavirus. Photo: Rafael Mario Quinteros.

The columns of militants from the different groups will gather around Córdoba and Callao avenues, from there they will mobilize the different sites, which generates complications in traffic.

Days ago, different referents of the national government asked for a “truce” to social organizations to avoid protests amid the sharp rise in coronavirus infections.

“Respectfully, we ask the organizations to make a truce and not to mobilize for 21, although the claims are legitimate because we are trying to stop the contagion curve,” said Fernando “Chino” Navarro, secretary of Parliamentary, Institutional Relations and with Civil Society.

The request was addressed to Barrios de Pie, led by Humberto Tumini, and to the leaders of left-wing organizations that staged different concentrations in front of the Ministry of Social Development and other organizations demanding increases in social subsidies.

Now, these groups are taking to the streets again to protest, after the strong restrictions and in the midst of a slight drop in cases on the contagion curve.