Sobyanin explained the need for a long weekend in Moscow 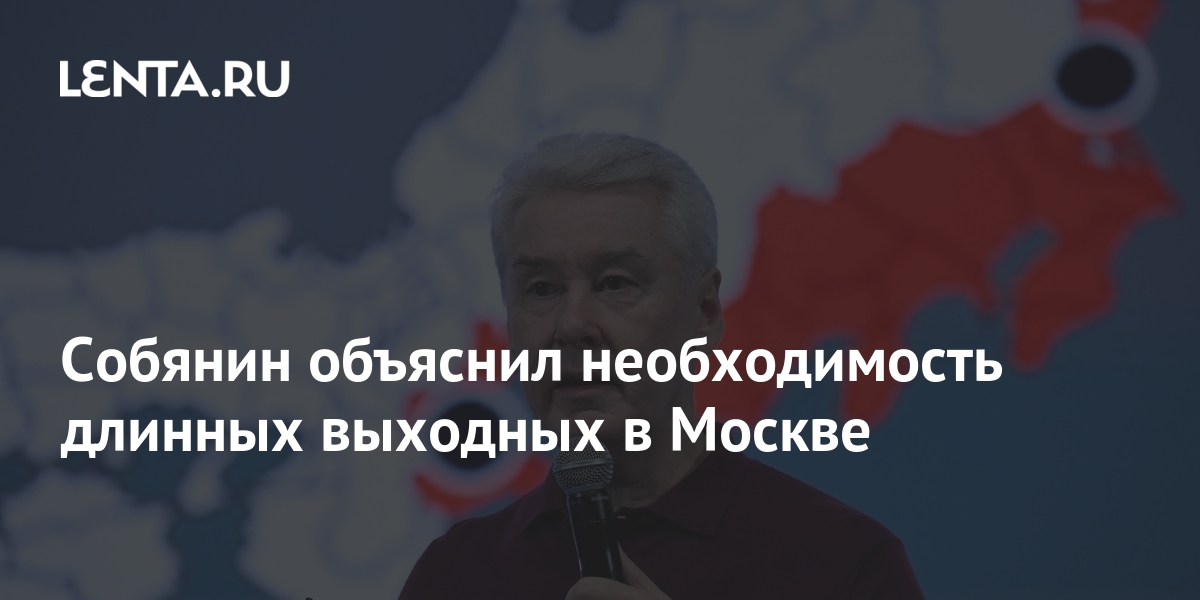 Moscow Mayor Sergei Sobyanin explained the need for long non-working days in Moscow, the decree on the organization of which was signed by him on June 12. This is reported in the official blog the mayor.

According to Sobyanin, extended weekends will help to halt the growth of morbidity and save lives. He added that now the weather in the capital is more like spring than summer, so the seasonal epidemiological peak has shifted from May to the first month of summer.

In addition, the mayor noted that with the beginning of the summer season, the flow of tourists and the activity of the townspeople themselves have significantly increased.

“And the most disturbing thing. Doctors say that there are many seriously ill patients. And not only among patients of “traditional” risk groups. Many middle-aged and even young people are seriously ill. It is impossible not to react to such a situation, ”the message says.

Sobyanin recommended switching to remote work for workers who have not been vaccinated against coronavirus, and stressed that this is especially true for unvaccinated elderly people over 65 and citizens with chronic diseases.

“And, of course, we need to be more actively vaccinated. Until we provide a truly mass vaccination, the city will be in constant fever, ”Sobyanin summed up.

Earlier on June 12, it became known that Moscow Mayor Sergei Sobyanin declared non-working days from June 15 to 19. The decision applies to enterprises and organizations of all forms of ownership, which usually do not work on weekends (Sundays).