Sobchak trolls the Tatu soloist who has gone into politics 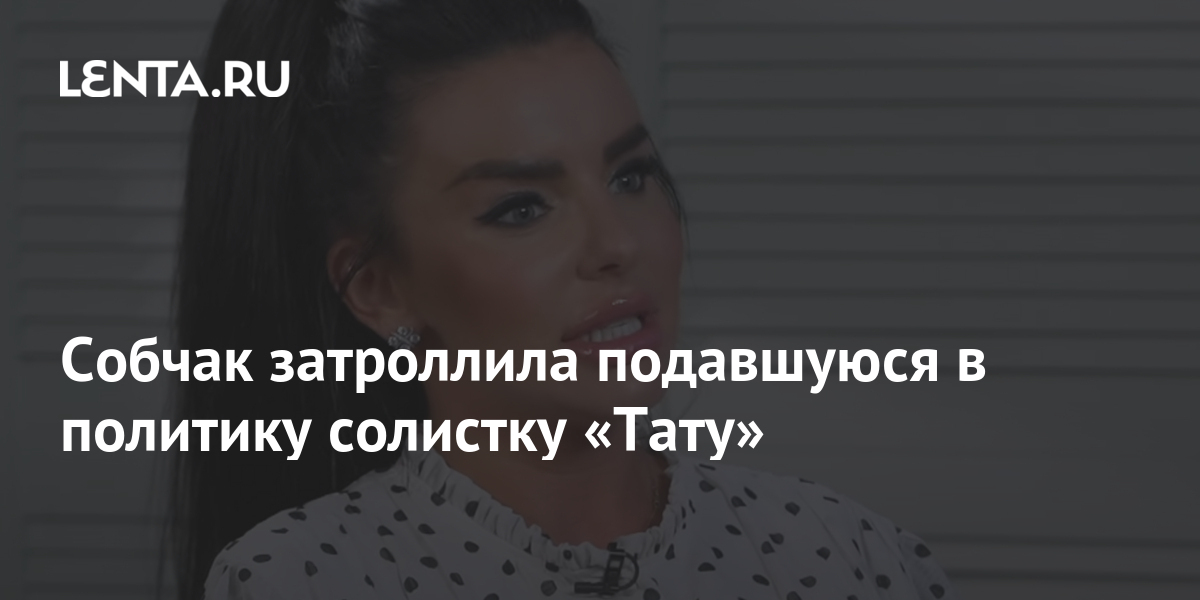 TV presenter and blogger Ksenia Sobchak ridiculed the former lead singer of the Tatu group, Yulia Volkova, who decided to go into politics. In an interview posted on Youtube-channel Sobchak, the presenter exposed her ignorance in the field of Russian laws.

From the first minutes of the new issue, Sobchak tried to troll Volkova, so she asked about the content of the “Dima Yakovlev law” adopted in 2012. The singer tried to avoid answering, but this did not stop the interviewer.

The presenter decided to play a trick on Volkova and explained that the “law of Dima Yakovlev” is to prohibit playing football next to the roadway, and only in small towns. After Sobchak asked the heroine how she assessed such a restriction. To this Volkova noted that she considered the measure to be positive, because playing with the ball near the road is very dangerous.

The Dima Yakovlev Law was adopted by the State Duma in 2012 and prohibits the adoption of Russian orphans by US citizens. The name “Dima Yakovlev’s Law” appeared after the tragic death of a Russian child due to the negligence of American guardians.