So you can escape the dangers of credit card ‘revolving’ 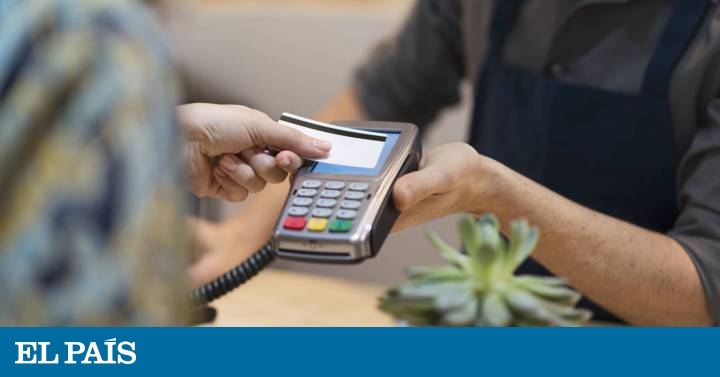 A credit that presents a high risk of causing a spiral of indebtedness from which it is very difficult to get out. In this way the financing could be summarized revolving that, behind the innocent appearance of a regular credit card, hides dangers that are often unknown to its holders. The Association for the defense of consumers and users of banks, savings banks and insurance (Adicae) has counted more than 200 credits of this type, more than a year after the Supreme Court established the usurious nature of the interest rates applied by a of these cards. The experts explain how to recognize them and what to do if you have had a problem with them.

Clarifications in this area are not enough. “The cards revolving they are usually hired at the door of a department store, a gas station or a shopping center ”, says Mario Mazaira, general director of iMorosity, a legal firm that focuses its activity on non-payment cases. In situations like these, in his words, “the user is not informed transparently by an expert and is limited to signing the contract with the issuing entity without reading it.”

“Half of the users do not know the real conditions of these financial products, because they are not previously informed what interest will be taxed on the money provided,” they point out, along the same lines, from the Adicae legal service. “Many others, directly, do not even know that they have a card revolving”, They add.

Perhaps its main characteristic is the fact that the initial capital is continually renewed at its monthly maturity (hence its name), “in such a way that it is actually a revolving credit comparable to a permanent credit line”, according to the definition of the Bank of Spain. What can induce to use it again and again, thus increasing the debt even more. And this is the first problem.

The default method to repay the debt that is generated when the credit is spent, that is, the payment in installments, is another. If, in the case of a regular credit card, the user pays the amount spent in the past month with the money they have in the associated account and the entity will apply the interest only if there is an overdraft, with the revolving Pre-established fees are paid, which are generally very low and hardly reach the capital plus the interest generated. “More than 80% of the fee is usually dedicated to collecting interest and only a small part of the capital is returned,” they calculate from Adicae.

In this way, “the payment goes on forever and the debt increases as the credit continues to be used,” underlines María Pérez, Director of Operations for the financial affiliation network Afinia Digital. To all this must be added disproportionate interests, whose average rate stands at 22.84%, as confirmed by the Association of Financial Users (Asufin) at the end of last year. Which places it almost three percentage points above the 20% that the Supreme Court considers the threshold to declare interest as usurious.

“On many occasions, in addition, the entity charges a commission that normally exceeds 4% and that is paid instantly, which increases the cost much more”, emphasizes Pérez. The objective is always the same: to make the loan holder “have as much outstanding debt as possible and, with it, generate more interest,” he says. The over-indebtedness is served.

The user who realizes that he has a card with these characteristics and is having problems with it may want to take action. The first step is to “review the contract, especially its lowercase letter, look at the APR [tasa anual equivalente, es decir, el tipo de interés más gastos y comisiones asociados], and verify if it exceeds 20% “, they say from the Adicae. If you do not have the contract, you can “check the monthly payments of the card, if there is deferment, what minimum they charge and what part of that minimum is to pay interest,” they add.

In any case, Mazaira recommends requesting a copy of the contract and the APR applied via email and a burofax. “The written and signed request must be addressed to the entity’s customer service, with a copy of both parts of the DNI,” he details. The entities have up to two months to provide this data, although “there are few occasions in which they ignore this deadline”, in which case Mazaira advises “to file a lawsuit against the card issuer, since it is a violation of a customer’s right ”.

If it verifies that the interest charged exceeds 20%, the user can claim for usury to the customer service of the entity that has issued the card, as suggested by the Adicae, which makes some forms available to consumers in this sense.

In the most favorable scenario for the user, the entity agrees to change the credit conditions. In this case, “it will be necessary to see if they are reimbursing all the amounts paid in excess, and, in the event that all the capital drawn down has not been returned, if they have recalculated the outstanding debt, without any interest rate”, underline from the association. That is, “even in the event that they offer you an amount of money, you must make sure that it cancels the credit and the contract,” they settle.

On the contrary, if the answer were negative, “the way that remains, when dealing with the nullity of the contract due to lack of transparency and usury of the interest rate, is the judicial one”, they assure. A decision in which Mazaira agrees, for whom “the most important thing is to sue the issuing entity, since, in many cases, the return of the illegal interest applied means the end of the debt, and compensation can also be obtained” .

What it does advise against is “reaching out-of-court agreements with the entity without having the opinion of a lawyer specialized in banking law, since, in exchange, the entity could sign a waiver of legal actions, so that the user would find themselves with possibly insufficient compensation and the unfeasibility of a future claim ”. Another bad idea, which Mazaira categorically discards: hiring an additional revolving credit card to cancel the debt contracted with the previous one.