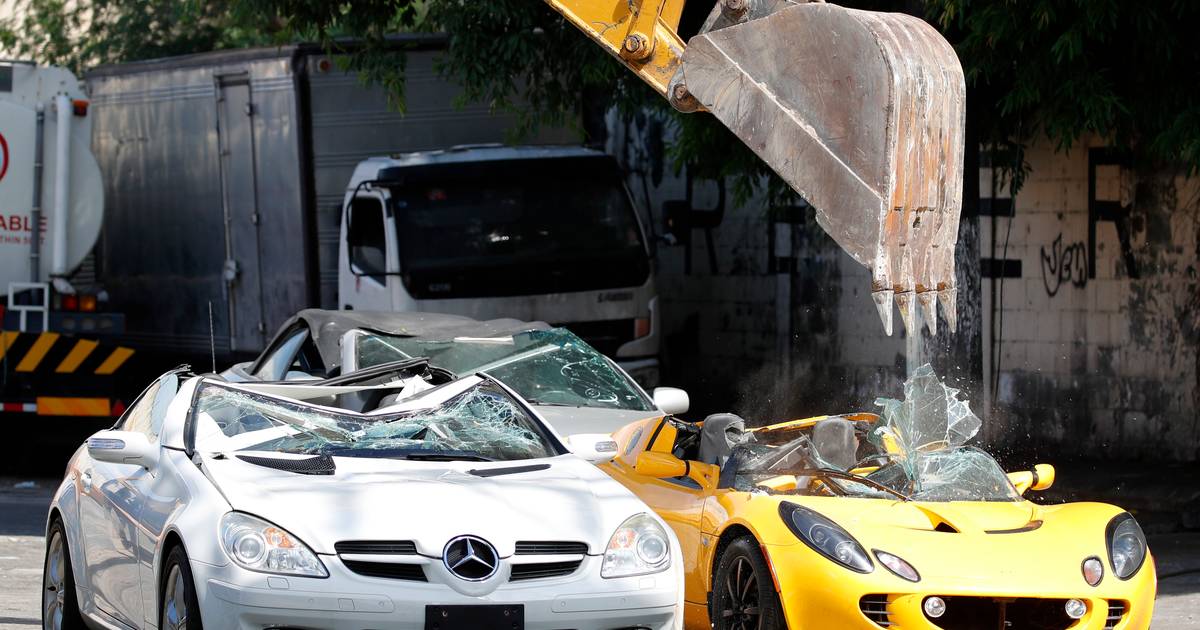 The cars are said to have been brought into the country by various smugglers between 2018 and 2020, after which they were seized. A total of 21 luxury cars were destroyed, including a McLaren 620R, a 2007 Bentley and a Porsche 911 C2S.

The customs office said the wrecked vehicles came from different ports in the cities of Manila and Cagayan de Oro. In February, the agency also destroyed 17 smuggled cars.

By destroying the cars, Philippine President Rodrigo Duterte wants to make clear that the government is taking strong action against car smuggling and wants to fight criminal activities in the country.