Carlos Sainz is Valtteri Bottas they will start respectively in tenth and fifth position tomorrow in the Austrian GP, ​​as per the results obtained at the end of qualifying, with the Spaniard actually gaining a place thanks to the penalty inflicted by the Race Direction on Sebastian Vettel. However, the Mercedes and Ferrari drivers remained in the balance for several hours after the conclusion of Q3. In fact, the Stewards wanted to summon both for one slowdown judged excessive and unnecessary during the end of the Q2 session. That is precisely the qualifying phase in which Vettel unwittingly hindered Fernando Alonso, thus remedying three penalty positions on the grid.

Speaking to journalists, the German stressed that he was not the first to slow down in the last sector of the circuit. The Aston Martin driver explained that he was overtaken in the queue by several cars, that he then found them in front of them at reduced speed and that he did not know what to do when Fernando Alonso arrived behind him. Sainz and Bottas were both part of the ‘column’ of cars which was formed between turns 9 and 10 at the end of the time during Q2. The two got away with it, but the reasons written by the Stewards for their ‘acquittal’ will cause discussion.

For both, in fact, the race marshals write that their slowdown is “contrary to the event notes 24.2a of the referees. However, given the situation in which many drivers ended up in the queue in this part of the circuit, the Stewards determine that too many pilots contributed to the situation and therefore the driver concerned (Sainz and Bottas) is not completely to blame “. 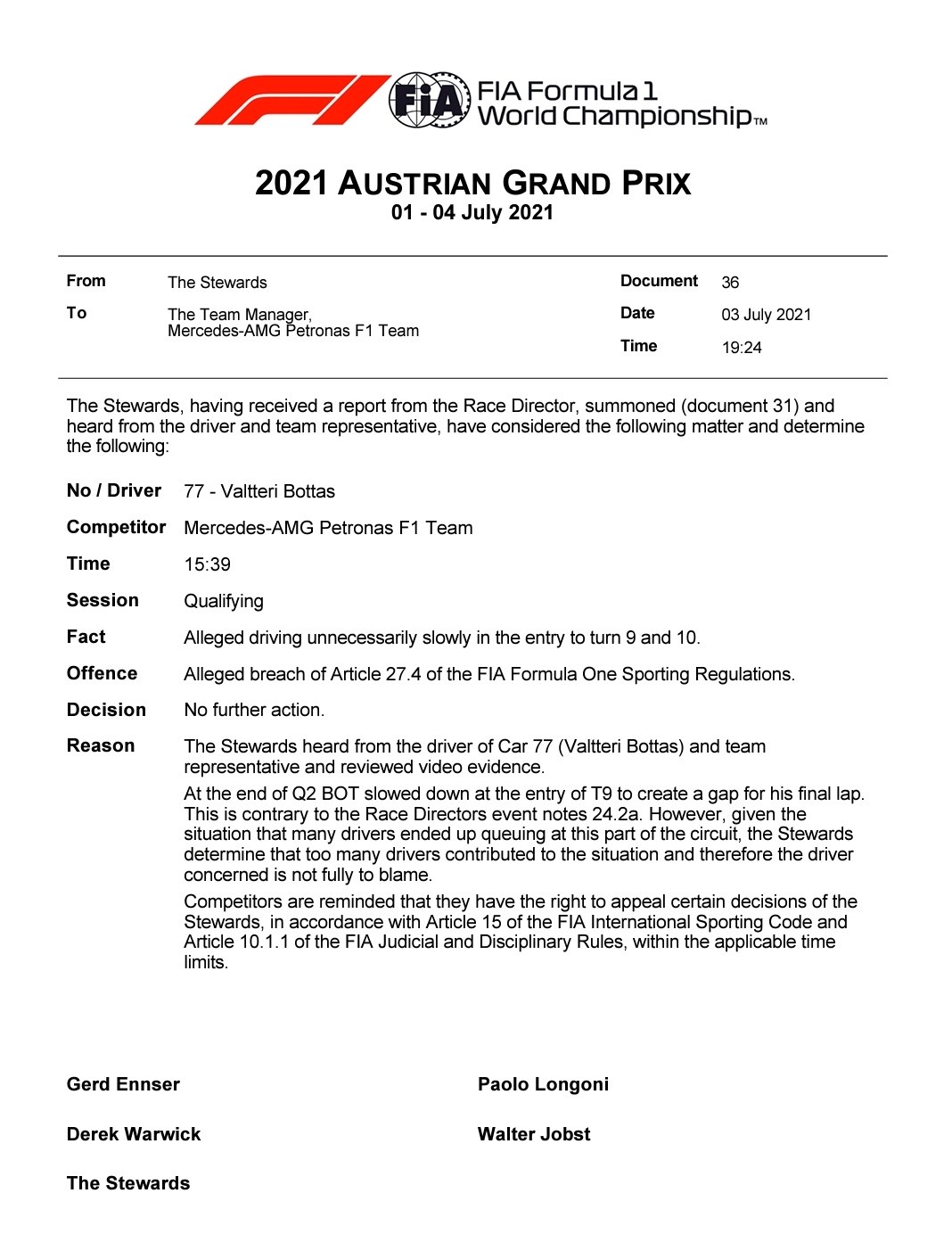 Vettel, last of this queue of cars, was instead penalized for having hindered the arrival of Alonso. The same German, speaking to Sky Germany before his sanction was formalized, he had asked for treatment parties for all pilots. “Am I penalized? Then everyone should be punished, because everyone slowed down in the last two corners where we all agreed not to slow down“.