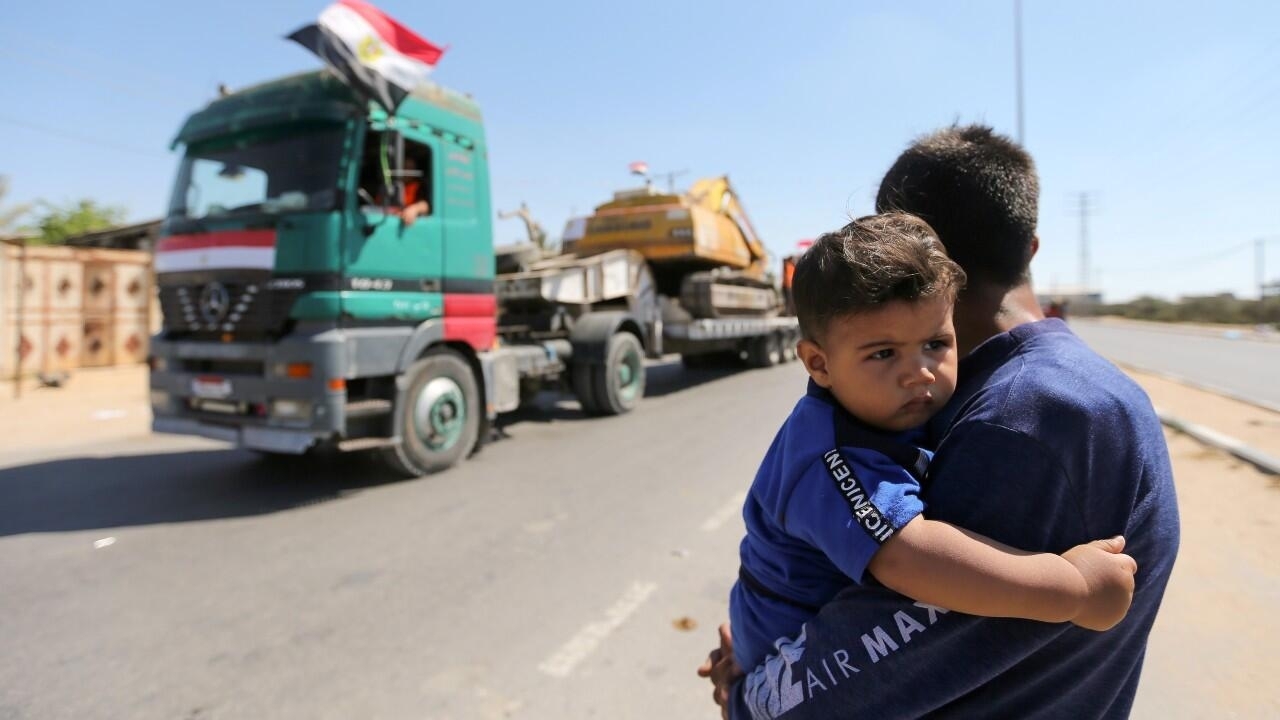 A caravan with dozens of bulldozers, cranes and trucks sent by the Egyptian Government entered Gaza to begin the reconstruction of this territory, after the latest military action between Israel and Palestinian militias. The damage is numerous due to the constant bombing and it is estimated that it will take years to rebuild everything.

Palestinians lined the street next to the Rafah crossing, on the strip, to welcome the team waving the Egyptian flag and entering the coastal enclave. A Palestinian border official commented that 50 vehicles had crossed.

The Egyptian state agency, MENA, was the one who released the official information. “Egyptian engineering teams and brigades entered the Gaza Strip today, Friday, through the Rafah border crossing to help remove debris from destroyed houses,” said a short statement.

One of the truck drivers told Reuters, saying that “we ran with all our money, equipment and what we had to join the Palestinians in rebuilding. All Muslims and Egyptians want to participate.”

Egypt played an important role in mediating a ceasefire between the two parties, after 11 days of armed clashes that left 250 Palestinians and 13 Israelis dead.


The neighboring country of the Strip has said it will allocate $ 500 million to finance the reconstruction of devastated areas in Gaza.

A Ministry of Housing official in Gaza put the cost of reconstruction at $ 150 million. The Ministry had already estimated that 1,500 homes were destroyed during the attacks, another 1,500 homes suffered irreparable damage and 17,000 have partial damage.

The Gaza Strip covers an area of ​​365 square kilometers and has been controlled for years by the Islamist Hamas party. This place is home to almost 2 million Palestinians, something that makes this small space overcrowded. An Israeli-led blockade has imposed restrictions on the movement of people and goods for years.

The Rafah border crossing, which separates Egypt from this Palestinian enclave, is the only entrance not controlled by the Israeli authorities and has been open repeatedly for the last 20 days for Cairo to send medical supplies and ambulances in the middle of the war crisis.