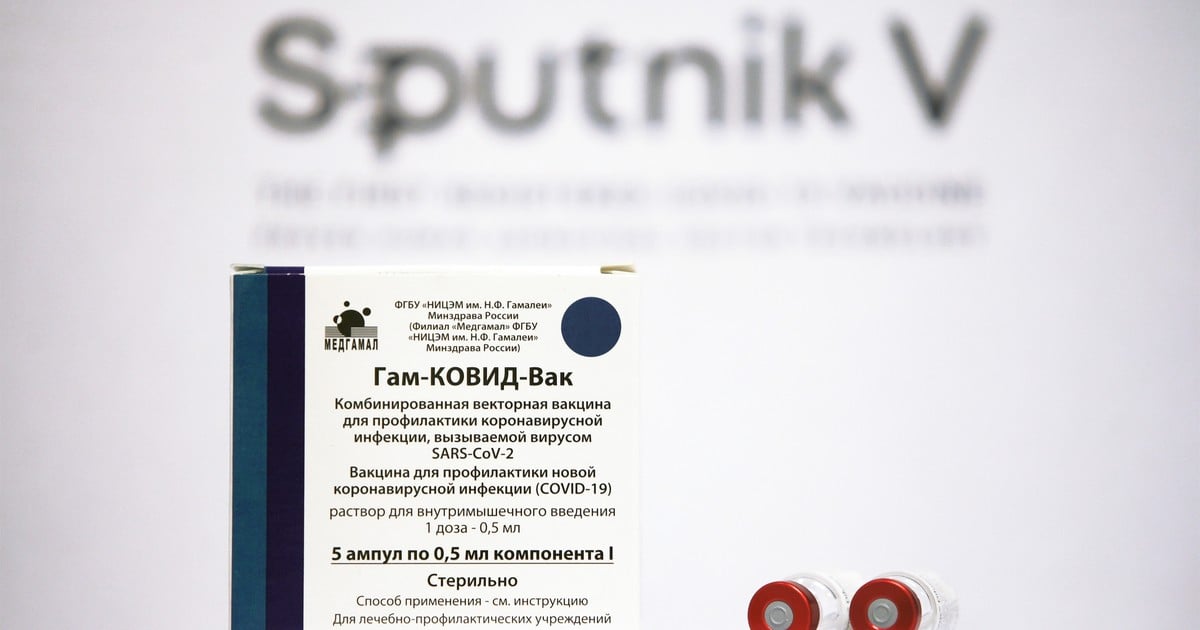 The regulatory body for medicines in Slovakia said on Thursday that could not determine safety from a batch of the Russian vaccine Sputnik V.against the coronavirus delivered in Bratislava in March and expressed doubts about its composition.

“The batches of the vaccine (Sputnik V. used in preclinical tests and in clinical studies published in the journal The Lancet they do not have the same characteristics and properties as those imported into Slovakia“said the National Institute for Drug Control (SUKL) in a statement sent to AFP.

“Only its name relates it to the Sputnik V vaccines.used in about 40 countries around the world“Among them Argentina, said the Slovak regulator, which with 5.4 million inhabitants, faces one of the highest death rates from covid-19 in the world.

“Based on laboratory tests only, it is not possible to conclude on the efficacy and safety in humans “of the batch shipped to Slovakia, the institute said, adding that the vaccine manufacturer had not responded to repeated requests to provide data on the composition of the first 200,000 imported doses.

Former Prime Minister Igor Matovic he was forced to resign last week amid a scandal over the hasty purchase of two million doses of Sputnik V. which has not yet received a green light from the European Medicines Agency (EMA).

In February, the Lancet magazine reported that the Sputnik V vaccine was 91.6% effective, clearing up doubts about its reliability. The vaccine is used in Russia and Hungary, among other countries.

In response, Russia asked Slovakia to return the Sputnik V coronavirus vaccines it has received “due to multiple contractual violations.”

The official Twitter account of the Sputnik V vaccine published that the Slovak drug regulator “in violation of the current contract and in an act of sabotage ” carried out tests on Sputnik V. “in a laboratory that is not part of the network of the Official Laboratories of Control of Medicines of the EU”.

He added that the Slovak State Institute for Drug Control “has launched a disinformation campaign against Sputnik V and plans additional provocations. ”

The Slovak institute pointed out that the network of laboratories certified by the EU only tests vaccines registered in the block, which is not the case with Sputnik V. It added that do not know the details of the contract between both nations because it is confidential.

The announcement was released hours after the Slovak regulator indicated that it had not received enough information about the Russian vaccine from the manufacturer to be able to assess its benefits and risks. The Slovak institute commented that they have not provided about 80% of the requested data.

For its part, Russia said it was “fake news.”‘.

“All lots of Sputnik V they are of the same quality and undergo rigorous quality control at the Gamaleya Institute, ” the Russian authorities said. “The quality of Sputnik V has been confirmed by regulatory bodies in 59 countries.”

However, the Slovaks said these vaccines appeared to “ only have name in common. ”

US targets China and Russia for human rights