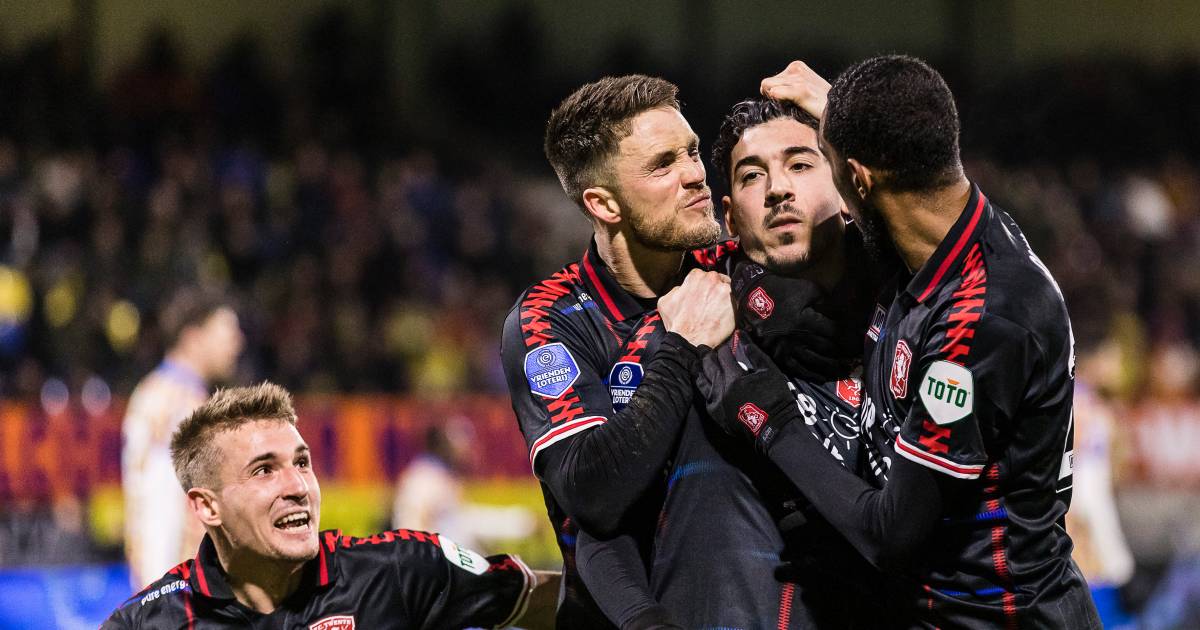 FC Twente missed a chance in Waalwijk and seemed to have to settle for a point against RKC, but just before time there was the victory thanks to Dimitrios Limnios: 1-2.

FC Twente is working on such a season, in which the team even wins in Waalwijk. The people of Enschede had not succeeded in that in ten years. In one way or another, the small stadium of RKC is often a haunted house, but tonight the team felt at home on the Brabant ground after a difficult start. Twente finally decided the game in the 90th minute and the maker was the man who initially had to start on the bench: Dimitrios Limnios. Another substitute who made the difference.

The fact that it was decided so late was perhaps the most special thing about the evening. FC Twente – where Joshua Brenet and Virgil Misidjan had a basic place at the expense of Giovanni Troupée and Dimitrios Limnios – did themselves a disservice by not closing the game at an early stage. The team that usually has great difficulty creating chances now even had plenty of them. One was even more beautiful than the other. Missing those opportunities almost broke the team, but at the end of the day FC Twente got what it deserved.

FC Twente had a difficult start in Waalwijk and after a few minutes goalkeeper Lars Unnerstall had to use his qualities with a header from Kramer. The turnaround in the first half followed after the unexpected lead of the Enschede team in the 23rd minute. Virgil Misidjan got the ball a little over the centerline after a quick lunge and kept the peace and overview during his sprint to play Ricky van Wolfswinkel at the right time. With a dry bang in the short corner, the striker scored his twelfth goal of the season: 0-1.

From that moment on, FC Twente took control. RKC suddenly gave away all the space and the visitors should have taken advantage of that. The energetic and ball-resistant Brenet shot over after an excellent attack that he had set up himself and just before half-time Misidjan – on a pass from Daan Rots – did not get the ball for an empty goal.

Talking about opportunities: the second half had only just started when the same Misidjan got another dot of an opportunity after good work by Rots and Michel Vlap, but this one was not for him either. A few minutes later, Rots could only attack goalkeeper Etienne Vaessen, but the attacker, who has been waiting for a goal for sixteen matches, also stranded from close by.

The fact that the powerless RKC was just at 1-1 after 74 minutes was almost a miracle. That was the goal by the way. Until that moment, almost invisible Odgaard shot the ball straight from the sideline over the totally surprised Unnerstall. A goal that literally and figuratively fell from the sky. A minute before the end, justice followed when substitute Limnios headed the ball in from close range: 1-2.

Goal Alert
Don’t miss a goal: install Goal Alert for free and receive a notification and a video of every goal from your checked club within five minutes during matches. Microsoft is building a team to help Chinese developers