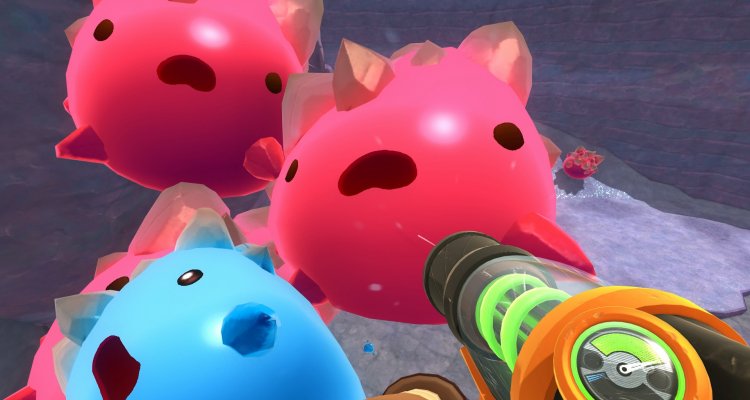 Slime Rancher: Plortable Edition was one of the news that emerged from the Nintendo Indie World yesterday, but the very interesting thing is the fact that the game is already available for Nintendo Switch, launched in the past few hours in a new edition specifically designed for this platform.

The original Slime Rancher has become a sort of cult thanks also to its frequent use by streamers and youtubers and to the diffusion it has thus had above all in the younger audience, so the title can get a new boost from the launch of Slime Rancher: Plortable Edition on Nintendo Switch.

The story tells of Beatrix LeBeau, space explorer, who finds herself on a mysterious alien planet made up of several biomes where alien creatures made up of slime live. The aim is to try to collect these creatures using the particular weapon capable of sucking and firing objects, and build a real slime farm.

The creatures they have different shapes and characteristics, therefore they require different treatments, as well as being able to possibly be mixed together. The sense of breeding is to try to collect the “plort”, or the energy product that the slimes release as waste material, so that it can be resold for further investments.

You can learn more about the game with our Slime Rancher review, while in the meantime it has already been announced Slime Rancher 2. You can find a summary of Indie World in the news with all the Nintendo Switch games presented during the event.